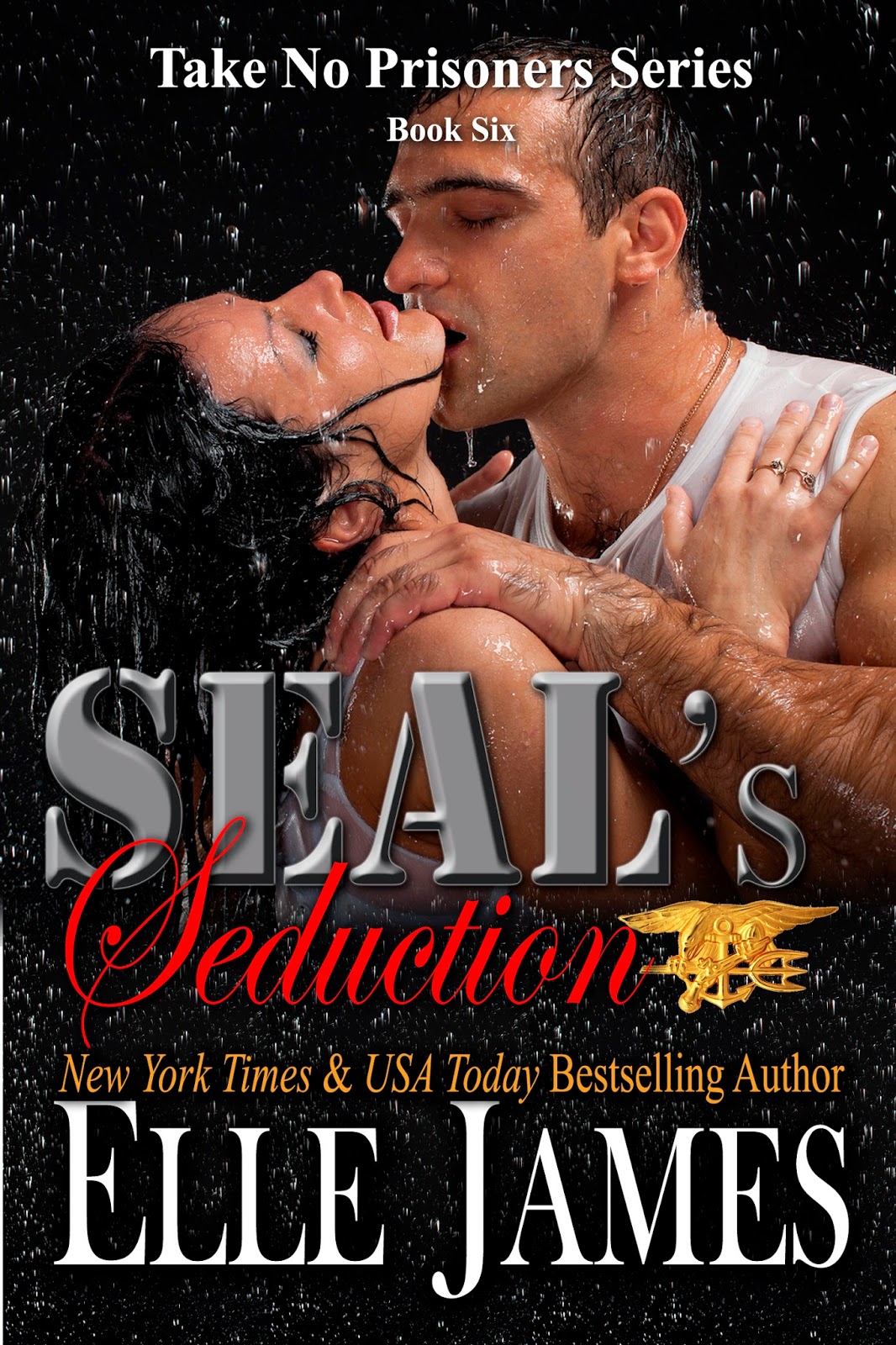 Home on emergency leave, Navy SEAL Dustin "Dustman" Ford didn't expect  to run into his high school sweetheart, local news reporter Jenna Turner, figuring she'd have shaken off the dust of their hometown a long time ago. A woman as addicted to action and adventure as he was, he thought she'd have moved on. But she was still there, and every bit as distracting as she'd been when they were teens.

Jenna Turner never got over Dustin, but moved on with her life, establishing herself as a news reporter for the local station. In an effort to take on more than reporting social events and weddings, with the help of a cousin and an inside connection on the police force, she chases the hotter news items, determined to make her break into the national news scene.

Now that his father is on the mend, Dustin tests the heat with his old flame and finds it's sizzling. When Jenna is taken hostage in a religious compound, Dustin and his brothers stage a rescue operation to bring her and others out alive.


With the sun glaring off the glass, he didn’t see what was behind it until he slammed into a young auburn-haired woman with a bandage around her forehead, rising out of wheelchair. He dug his boots into the smooth tile floor, but not soon enough to halt his forward momentum. Dustin barreled into the young woman, grabbed her around the middle, threw himself over onto his back and landed hard on the ground, the woman landing on top of him, forcing the air from his lungs.

“What the hell?” The female pushed against his chest and stared down at him, her green eyes shooting flames. “Of all the idiotic, stupid things to do, plowing into a hospital full of sick and injured tops the charts.”

Still fighting for his breath, Dustin opened his mouth but nothing came out. He sucked in a ragged breath, his mind clearing about the same time as recognition dawned. “Jenna?” he wheezed.

The woman’s skillfully arched brows puckered, and then a smile lit her face. “Dustin?”

She rolled to the side and air flowed into Dustin’s lungs.

Her joyous smile crashed into a deep frown. “Holy hell, can’t you enter a building like everyone else?”

“I’m sorry. I didn’t see you.” Dustin sat up, grabbed her arms and stared into her face, memories of the woman crashing in around him. “Are you okay?” God, she was even more beautiful than when he’d left for Navy Basic Training a decade ago. He nodded toward the white gauze wrapped around her head. “Why are you wearing that?”

The bandage slipped loose and dropped down over one of her eyes. “Damn.” She unwound the binding from her head and wadded it into her fist. “I told them this was too much.” A butterfly bandage stretched over a cut on her temple, holding the edges of skin together.

His grip tightened. “What happened to your forehead?”

She snorted, shook free from his hold and pointed at the injury. “This little thing?”

“Don’t let her fool you. It’s a gunshot wound.” A tall, lanky man with a baby face extended his hand to Jenna. “Need a hand up?”

Jenna placed her hand in his and let him draw her to her feet, her color rising in her cheeks. “It didn’t hurt.”

“Yeah, but had it hit one inch over, you wouldn’t be falling all over a man in the hospital lobby. You’d be stretched out on a table in the morgue.”

“Damn, Jenna.” Dustin pushed to his feet. “What happened?”

“Nothing,” Jenna smoothed her hair back from her face, like she did when she was avoiding an answer. She winced when her hand brushed over the bandage.

The lanky dude answered, “We were reporting on a hostage situation when the gunman started shooting at everything. After the gunman was hit by the SWAT team, his shots went wild. One nicked my girl, here.”

“Damn.” Dustin planted himself in front of her, cupped her chin and studied the injury, his hands tingling with the electricity that shot through him whenever he touched this woman. Even after ten years, she still made him crazy.

“The doctor said it shouldn’t leave much of a scar.” Jenna laughed shakily. “He glued it together, rather than stitching.”

Dustin shook his head. “What have you been up to since I’ve been gone?”

Jenna pulled free of his grip, the color returning to her cheeks. Rubbing her hands over her arms, she tilted her chin. “I’m a freelance reporter for the local news station.”

The young man behind her grinned. “Yeah, and she’s good. Today’s report ought to get us into the national news.”

Dustin glared at the man who’d gone with Jenna into danger. “Who the hell are you?”

The young man’s grin slipped. “Toby.” His own eyes narrowed. “Who the hell are you?”

His chest swelling out, his back stiffening, Dustin answered, “Dustin Ford. Jenna’s fiancé.”

Toby’s brows rose into the hair hanging down over his forehead. “Fiancé?” He glanced from Jenna to Dustin and back to Jenna. “Is there something you haven’t told me?”

She shook her head. “Former fiancé. A million years ago.” Jenna brushed her hands over her rumpled skirt suit. “We were teenagers in lust. Not a brain between the two of us. We’re lucky we broke it off before we made the biggest mistake of our lives.” 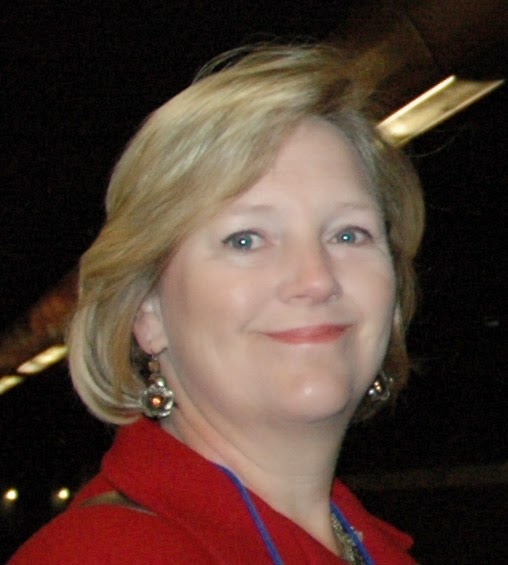 s a former member of the Army and Air Force Reserves, Elle's traveled across the United States and
to Germany, managed a full-time job, and raised three wonderful children, Courtney, Adam and Megan. She and her husband, Cleve, have even tried raising exotic birds in the Texas Hill Country. Ask her and she'll tell you what it's like to go toe-to-toe with an angry 350-pound bird!


In 2004, Elle left her successful career as an Information Technology Manager to pursue writing full time. She loves escaping into her stories, learning and growing with each character and plot. She writes because she likes to experience and evoke all the emotions from happy to sad, funny to frightening. She digs them all!

At home in Northwest Arkansas, Elle is busy writing tales of murder and suspense for Harlequin Intrigue, Romantic Suspense and Nocture. Her first Harlequin, BENEATH THE TEXAS MOON, was released in March 2006 and was a Romantic Times Top Pick for the month! She 's written numerous stories since and is now writing SEAL heroes.