Interview with Lisa Pietsch @LisaPietsch with a Free Book! 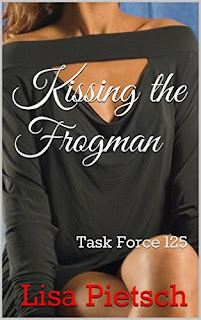 Alexis: Today we have Romantic Espionage author Lisa Pietsch who has a free book for those who want it! Wow!

So Lisa, what made you chose this title? It's quite different.

Lisa: “Kissing the Frogman” was supposed to be a working title while I was waiting to think of something sexier.  I never did think of anything sexier that hadn’t already been used so, since the story is about a Navy SEAL (also known as “frogmen”), I just went with it.

Alexis: That makes total sense :-) Which authors inspire you?

Lisa: Ian Fleming first.  I love James Bond and how Fleming wrote him.  Now hold on…this is where it gets weird… I’m a huge fan of action movies so there are a few screenwriters I follow religiously.  Luc Besson writes amazing action movies (famous for The Transporter among others) Stephen J. Cannell (famous for The A-Team and a million other projects) is another who inspires me because he was a writing machine.  His writing credits for TV and movies are epic and his backlist of books could crush an elephant.  These guys inspire me because I love writing spies and action and I wish, oh how I wish, I could just focus and get all the words on paper.

Alexis: It looks like you managed to get quite a few on paper. What are you working on now?

Alexis: Wow, that’s a busy schedule. I bet your readers are thrilled! What has been the most memorable fan comment you ever had?

Lisa: “I’m exhausted!  I stayed up all night reading your book.  I couldn’t put it down!”
Best. Fanmail. Ever.

Alexis: That is awesome. Where did you get the idea for this story? 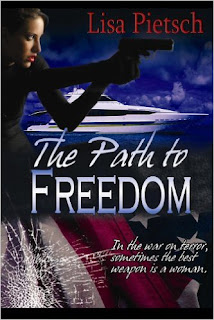 Lisa: My first four books were the groundwork for a series of seven I wanted to write based on the fictional Task Force 125, a small team of spies with various military backgrounds, who were recruited into the CIA’s Special Activities Division (not fictional).  Brian Allen (my frogman) was a secondary character in the series and people kept asking when he’d get his own story. Then my friend Jennifer said she wanted to be his heroine, so I put a few notes together and the story was born. The thing about Brian is he’s a notorious womanizer, so finding that one woman who can make him want to settle down and not be a douche (can I say that?) was a real trick. He’s a great guy, and readers saw that, but he’s always worked in a field (Navy SEALs and CIA) where he couldn’t devote himself to a lasting relationship because he was always on the move and in the line of fire. Kissing the Frogman tells the story of what happens when Brian has to stay put for several weeks and actually meets a woman who is wise to his games.

I’d love for your readers to meet Brian from the very beginning, so if they’d like to read the first story in the Task Force 125 series, please have them email me at Lisa@LisaPietsch.com .  No contest, no quizzes, just a free ebook.
Readers can find me online at www.LisaPietsch.com.  I’m also on Facebook, Google+, Pinterest, Instagram, Goodreads, Tsu, Tumblr, and Vine.

Alexis: That's a great offer. Thank you! And thank you for visiting us on Happily Ever After Thoughts. It was great chatting with you :-)

Hey, everyone, check out the blurb for Kissing the Frogman.

Blurb:
Jennifer Santiago can spot a special forces adrenaline junkie from miles away and knows the score. They’re great for a hook-up but lousy in the long-term relationship department. Lucky for her she was on the rebound and one of those junkies just walked into the casino.
Brian Allen had seen combat all around the world as a Navy SEAL and a paramilitary operations officer in the CIA’s Special Activities Division. When his team is given a cushy assignment as backup in Morocco, he quells the itch for action by taking a night to relax with a beautiful distraction. When she proved even more distracting, he was happy to take the Director’s call – until he realized his big distraction was the Director’s daughter.
You can preorder Kissing the Frogman at Amazon for only 99 cents.

International espionage, terrorists and terrorism, the small arms trade, human trafficking and drug trafficking have always intrigued her. This could explain why she was a military cop in the U.S. Air Force who spoke French, Russian and Spanish, traveled the world as a U.N. Peacekeeper, was trained as a Hostage Negotiator by the FBI, and worked with MI-5 on personal security details.

You'll find many of these interests and experiences (including tequila) in the Task Force 125 series, stories of espionage and paramilitary operations centered around the character of Sarah Stevens who is recruited into the CIA's Special Activities Division.