11 Alpha Doms and Chance to Win a Kindle Paperwhite! 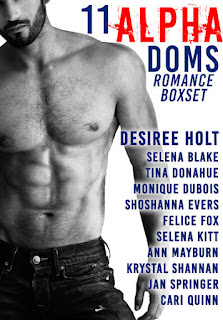 
The one woman they shouldn’t want. Two Doms she can’t resist. A sizzling weekend beyond their wildest desires.

Although Ryder and Hud haven’t been immune to Cara’s charms, they don’t have a death wish—her billionaire daddy is a major investor in their high-end construction firm. When she insists it’s no problem and offers to be their sub, visions of blindfolds, collars and her sweet surrender dance in their heads, along with the longing they’ve fought.

Oh baby. The battle’s just begun during a smoking-hot weekend on a private island.

About Tina (You know you want to know!): 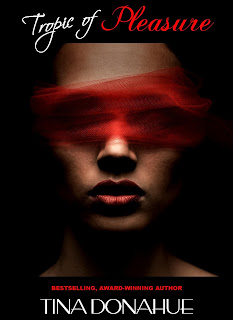 I’m an award-winning, bestselling novelist in erotic, paranormal, contemporary and historical romance for Kensington, Samhain Publishing, Ellora’s Cave, Siren Publishing, Booktrope, Luminosity, Decadent, and indie. Yay! Booklist, Publisher’s Weekly, Romantic Times and numerous online sites have praised my work, and trust me, I’m forever grateful for that. I’ve had my books reach finals in the EPIC competition, one title was named Book of the Year at a review site, and others have won awards in RWA-sponsored contests. I’m actually featured in the 2012 Novel & Short Story Writer’s Market. Talk about feeling like a freaking star. Before my writing career, I was the editor of an award–winning Midwestern newspaper and worked in Story Direction for a Hollywood production company. Outside of being an admitted and unrepentant chocoholic, I’ve flown a single-engine plane (scary stuff), rewired an old house using an electricity for dummies book, and have been known to moan like Meg Ryan in When Harry Met Sally whenever I’m eating anything Mexican or Italian. Yeah, I like to eat (burp).


WIN a Kindle Paperwhite!!
a Rafflecopter giveaway
Posted by Lexi Post at 8:31 AM