Cathy McDavid and the Timeless Appeal of the Cowboy Hero plus a Giveaway! 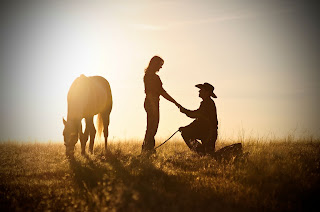 Seriously, just before sitting down to write this blog post, I happened to watch COLORADO SUNSET, a movie starring Gene Autry from 1939. I decided the character he plays isn’t so different from the cowboy heroes of today. Well, maybe except for that singing part. He’s handsome (by 1939 standards), he’s strong, his moral compass points north, even if he’s a little flawed, his job inspires the respect and admiration of others, and he’s not afraid to take on the bad guys.  Perhaps most importantly, he makes the heroine feel safe and, by the end of the movie, loved. 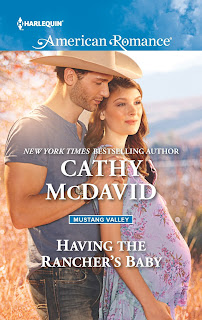 Not much has changed. If I were to describe the hero in my most recent release, HAVING THE RANCHER’S BABY, I could say pretty much the same thing. Cole Dempsey is handsome (by anyone’s standards), he’s strong, his moral compass points north, even if he sometimes has a little trouble keeping on track, his rodeo champion career inspires the respect and admiration of others, and he’s not afraid to battle the bad guys for his family’s ranch or Violet Hathaway’s honor. Most importantly, he makes Violet feel safe and, by the end of the book, loved. 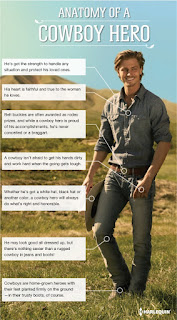 If you’ve attended a rodeo, you can understand the attraction of the cowboy hero. What these men attempt is incredible (I’m by no means excluding the gals — that’s a topic for another blog post). No one gets on the back of an eighteen-hundred-pound bull without having nerves of steel and the courage to match. I frequently use bull riders and bronc busters as the heroes for my books, there’s something about them that appeals to me as a writer and to reader fans of western romances. And as long as I’m going to research for my books, it doesn’t hurt having to look at all those great pictures of swoon-worthy guys wearing Stetsons and Wranglers — is it just me or did that sound like a book title?

I’m convinced there’s a reason my publisher recently changed the name of my line from Harlequin American Romance to Harlequin Western Romance, focusing entirely on contemporary cowboy romances. These are the books selling the most, the ones the readers want. Sure, they like the other elements, such as family and babies and spunky heroines. But, come on. It’s the cowboy hero on the cover that gets us to choose the book in the first place.

I want to thank Lexi Post for having me here today. To show my appreciation, I’m offering three free copies of HAVING THE RANCHER’S BABY! Just enter the Rafflecopter for a chance to win. Three winners will be chosen on Saturday, August 20th.

Here’s to riding off into the sunset together with the man of our dreams. For me, it’s the cowboy :) 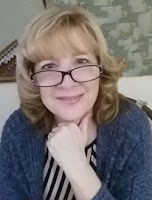 Since 2006, New York Times and USA Today bestselling author Cathy McDavid has been happily penning contemporary western romances for Harlequin. Every day she gets to write about handsome cowboys riding the range or busting a bronc. It a tough job, but she's willing to make the sacrifice. Cathy shares her Arizona home with her own real-life sweetheart and a pair of overly needy pets. Her grown twins have left to embark on lives of their own, and she couldn't be prouder of their accomplishments.