The first failure of the year:

I had good intentions. Really, I did. I downloaded The Miracle Morning and gave it my best shot. Maybe just a half shot. The title should have clued me in as to why I would fail. Mornings. I don't do mornings. I set the alarm clock to have enough time to feed and clothe my kid before the bus comes. Sometimes I greet the bus fully dressed for the day, other times I might be in pajamas.

When it came time to setting the alarm a little earlier, I was either swatting at the snooze, or actually waking up. It was the latter that had me yawning for the rest of the day. My confused internal clock protested. So, after two weeks of fighting with myself, I tossed in the morning towel. Instead of performing miracles at the crack of dawn, I've set out to do them at night when my son is asleep and I'm on my second wind.

We'll see how it goes. I'm not asking for many miracles. Just to keep writing, plotting, and publishing. Everything else is just a bonus.

I'm half way through Dawn Kunda's Presidential Purchase: A President's Confession. It's an intense fictional look behind the political curtain. Shifting from past to present, it takes the reader on a journey of how's, why's and oh-my-gosh's. I'm thoroughly enjoying it and can't wait until I can sit down and read the rest. Interested? Here's the link: 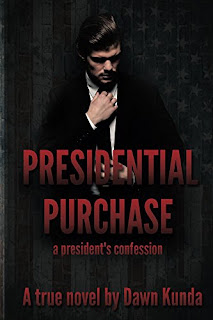 What I'm working on:

I'm in the home stretch of Critical Point. It's the second book of the Metal Girls Trilogy. Following in her sister Morgan's footsteps, it's now Piper Brennan's turn. Have you ever had a crush that you couldn't shake from your heart? Meet Van, Piper's first love and the man she can't have. Since he is a long-time employee of Brennan Metal Works, her family business, she can't avoid him either.

Want to start at the beginning? Melting Point 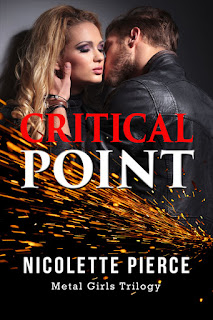 Posted by Nicolette at 9:17 AM