UNDYING LOVE by Betty Bolte and her Ode to a Cat 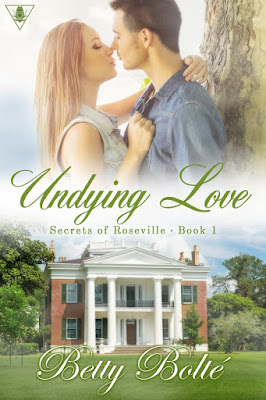 Ode to a Cat

Felines have been part of my life since I was a baby. Currently, I am owned by a tortoise shell cat, Calliope. I say that as though she is all about me, but I’m not her favorite human. Nope. That would be my hubby. Whenever he sits down she comes from wherever she’s been holed up to be on his lap, for as long as she permits him to hold her, of course. But when it’s just her and me, then she likes me well enough to do the occasional scritch or have her on my lap so I can reach her chest easily. (Side note: Some folks don’t recognize that word, “scritch,” thinking it’s a typo. But it’s actually the word we’ve used all my life to mean the gentle rubbing with the pads of your fingers, not your fingernails to scratch, on an animal.) Then she’s off for a nap or a snack, perhaps watching out the back sliding glass door at the birds perched on the feeder. Or more fun, even, chasing away from the back door our medium-sized Chow-cross dog!

Cats and their independence counterpoised with their dependence intrigues me. Think about how they only come when they want to. I have “trained” Calli to come when I call, but it doesn’t always work. One thing that will summon her is opening the sliding glass door. She has to know who is entering or leaving her domain, after all! But she is dependent on us to provide her food, clean her cat box, etc. She’s not shy about reminding us it’s time to eat! She paces and prowls and meows until she convinces me it’s close enough to five o’clock in the afternoon to feed her.

In my latest release, Undying Love, a calico cat named Grizabella plays a role in alerting my main character to the presence of the Lady in Blue, the ghost who haunts the Twin Oaks Plantation. Here’s an excerpt describing the feisty feline:


“Meooww.” The carrier wobbled on the tiled floor as the yowl echoed in the room.
“Okay, okay. Hold on.” No dangers lurked in the corners and shadows as far as she could tell, so she’d let her feline loose. “Just don’t go getting lost, deal?”
“Meooww…”
Laughing at her vocal companion, Meredith slid the latches open and lifted the carrier’s lid. Grizabella’s white, black, and orange head popped up and swiveled like a periscope surveying the unfamiliar horizon. She leaped out of the confines of the plastic box in one fluid arc. Griz picked her way across the floor, lifting and placing each paw, nose and tail both twitching at the onslaught of new scents.
“Behave yourself.” Chuckling, Meredith found a place to hold her remaining groceries. She reached for the handle on the pantry door, only to have the tarnished brass and glass knob come off in her hand. Sighing, she pulled her Swiss army knife from her pocket and flipped up the appropriate tool to turn the inner mechanism. Finally popping open the pantry door, she flinched at the odor accompanying the spiderwebs stretched across the interior. This place needed more than a bit of work.
Wonder if Grandma kept things in the same places all this time? She hurried to the back staircase, the one once used by the servants of the house and connected the kitchen to the bedrooms above. Similar to the front stairs, a small door led to a closet made from the space underneath the risers. Unlike the front hall closet, this one’s door sat firmly shut. Meredith gingerly tested the doorknob before giving it a firm twist to pull it open. A small cloud of dust swirled around her feet, lightly coating her shoes.
Taking a deep breath, she ventured inside. The old straw broom Grandma had always preferred over the “newfangled” ones with plastic bristles rested against the back wall. A dust mop, rag mop, bucket, and round-headed wall brush Meg needed to use on the cobwebs everywhere flanked the yellow-bristled tool. Grabbing the broom handle, Meredith strode back to the pantry and swiped the webs from the shelves. Satisfied, she replaced the broom in its home. A roll of paper towels sat on a faux marble spindle on the kitchen counter. She wet one to wipe down the shelves. Before long, her groceries sat neatly situated in the pantry.
She glanced at her watch. Putting away her groceries only took an hour. If every task took that long, she’d be here until Independence Day, or worse, Christmas.
The light thump of cat paws sounded in the back hallway. Meredith kept one ear tuned to track where Griz explored, just in case she needed to rescue the cat from her own curiosity. Which had happened when they first moved into the little apartment in Baltimore, overlooking the Inner Harbor. Griz had sniffed out a hole in the wall between the kitchen and the living room. Meredith hadn’t known anything was amiss until the cat’s plaintive cries came from within the wall. Ultimately, repairing the wall was easier than trying to lure her back to the small opening.

This cat is my way of paying homage to my dear departed mother-in-law and her cat of the same breed and name. Our love of cats was one of the many loves I shared with her (her son being the main one…). In fact, when she decided to adopt a kitty, I went with her. Now my father-in-law will always “blame” me (he’s joking; I think) for permitting her to bring home two cats – Grizabella and a silver tabby named Tabitha – instead of one. But she’d fallen in love with both and I simply couldn’t talk her out of them.

Grizabella had very unique coloring for a calico. She was mainly a dark gray with orange and white patches. Her personality was quixotic to say the least and don’t even try to hold her. However, she’d occasionally allow herself to sit on a person’s lap for a few minutes. But only a few minutes! She was lithe and fast and skittish. Although the Grizabella in Undying Love is not an exact replica of my mother-in-law’s cat, I still feel that Griz lives on in the pages of the story, and its sequel, Haunted Melody, which is available for pre-order now and releases on March 28.


Blurb of Undying Love
When architect Meredith Reed inherits her family’s plantation after the devastating loss of her own family, she must choose how to move on with her life. Keep the plantation? Not a good idea. Sell it? Better. Turn it into a memorial park? Better yet. But can she go against her family traditions and the hunky but irate lawyer?

Max Chandler needs two things to complete his life plan: become a senior partner and find his soul mate. He’s due a promotion once his legislation to protect the county’s historic properties is approved. The wife part he finds more challenging, having never met the right woman. If only the talented, attractive, aloof Meredith didn’t want to destroy the very property he cherishes.

While Meredith struggles to reconcile her past and future, will she learn a lesson from the spectral Lady in Blue in time to save both her family and home from destruction?

Betty Bolté writes both historical and contemporary stories featuring strong, loving women and brave, compassionate men. No matter whether the stories are set in the past or the present, she loves to include a touch of the paranormal. In addition to her romantic fiction, she’s the author of several nonfiction books and earned a Master’s in English in 2008. She is a member of Romance Writers of America, the Historical Novel Society, the Women’s Fiction Writers Association, and the Authors Guild. Get to know her at www.bettybolte.com.
Blog: www.bettybolte.net
Newsletter: http://eepurl.com/bBE4JX
Betty’s Novel Ninjas Street Team: http://on.fb.me/15usNUf
Facebook: www.facebook.com/AuthorBettyBolte
Twitter: @BettyBolte
Goodreads: www.goodreads.com/bettybolte
BookBub: https://www.bookbub.com/authors/betty-bolte
Pinterest: www.pinterest.com/bettybolte9
Amazon: www.amazon.com/author/bettybolte
Author’s Den: http://www.authorsden.com/visit/author.asp?authorid=6014
Instagram: https://instagram.com/bjbolte/
Posted by Lexi Post at 7:00 AM