DEER, FLOATING BILLBOARDS, AND WHO YOU ON?

Hey, ya’all.  How is everyone?  Doing good, I hope!!!  Well, Cheyenne McCray and I are back home from RT…well, Cheyenne is.  I’m visiting family in the south this week…making the most of the miles I put on my truck to get to Atlanta for the Romantic Times Booklovers Convention.

What a blast it was!  We ate too much, drank too much, waited too long for elevators, and slept too little.  But we had a ball.  Reconnected with old friends, made new BFFs, and got to hang around with LOTS of wonderful authors and readers.  Woo Hoo! 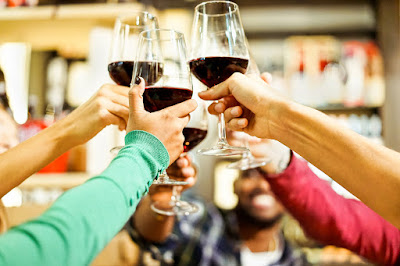 So, something I wanted to share with you was the last half-hour of our trip into Atlanta.  It’s about midnight and we are dead tired.  Cheyenne is talking a mile a minute to try and keep me awake behind the wheel. Our sights were set on hitting the convention hotel Monday night so we would have all day Tuesday to rest and recuperate from the 3-day drive from Arizona to Georgia.

We are almost there. It’s midnight and our E.T.A. is about midnight-thirty. We are tired and punchy and our bodies are operating on fumes. It’s dark and neither of us has ever been to Atlanta, so we are clueless about where we are or where we are going.

We are on a major freeway in what seems to be the edge of downtown Atlanta.  We have the high-rises in our sights just up ahead.  We are in the city and almost there.  I am focused on staying awake and getting to the hotel!  We are in the heart of Atlanta.

Anyway, we are hurtling along at about eighty m.p.h. when I catch something that appears to be a light brown color off on the right side of the road.  I look, but too late—I see nothing.  A minute or so later, I catch another light brown blur on the right side, but am too late to get a good look.  Now I’m on high alert, and if they’ve put stupid pieces of artwork on the side of the freeway just to scare me, I’m gonna be pissed.

So now I’m driving 80 m.p.h. with my eyes (somewhat) glued to the right side emergency lane. There it is—another light brown blur…then another…then a bunch of anothers.  We have a whole freaking herd of deer grazing on the grass on the other side of the emergency lane of the freeway! 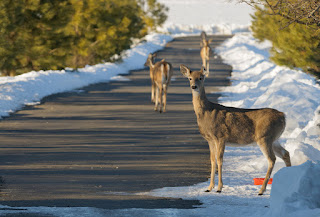 Now, don’t get me wrong.  We have deer in Arizona.  And Arizona deer like to run across the highway in the middle of the night, just like they do in the south.  But Arizona deer like to jump out from between tall trees and bound across the country road or highway close enough to the front of the truck to give me a heart attack.  They do not graze at the side of a metropolitan freeway in the heart of town!!!

To the people of Georgia…ya’all have too much grass!  There are advantages to having a lot of dirt rocks…deer don’t want to graze on our freeways.

Holy hell!  So now I back it down to about 60 (which I probably should have been doing all along, but I really wanted to find that bed in the hotel room), and traffic is flowing around me like creek water around a rock in the middle of the stream.  And, yes, I’m smack dab in the middle of the freeway because there are herds of deer grazing on the right side and now I see that there is more grass over on the left side. I don’t want to be the first to hit one.  Now if someone else hits one, I know which direction it’s going to be coming from—overhead!  Only one place I have to watch—the sky—and I figure their brake lights oughta give me a split second warning.

How come deer don’t come with warning bells and lights?  Seems like a poor design to me.

So, long story made a bit shorter, we missed the deer.  And now I’m WIDE awake.  In fact, the adrenaline shot I got from that episode has me a little wired.  Now I’m seeing signs floating in the sky.  Seriously?  How do they keep them up there?

I ask Cheyenne, “What the F…? Are those billboards floating in the sky?”  I’m starting to get freaked out and goosebumps are skittering up both arms.

Cheyenne asks, “What are you talking about?”

“Those billboards.”  I point to the lighted billboards all along the free way that are floating in the sky…way up high.  How could she miss them?  They’re lit up like the Fourth-of-July and floating, for crying out loud! LOL

She looks over at me and starts laughing.  “They aren’t floating.  They’re on poles.”

I squint at her.  “I don’t see any poles.  All I see is dark air between them and the ground.”

She laughs even harder.  “That’s not dark air.  It’s dark trees.  The billboards are mounted on tall poles so you can see them over the tops of the trees.” 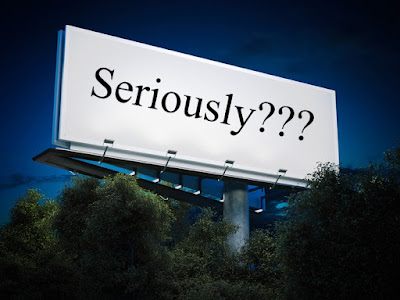 To the people of Georgia…we don’t have that problem either in Arizona.  The signs are mounted on regular height poles that you can see because there are no trees hiding them.  Our billboards do NOT float in the air and scare stupid people!

To the people of Georgia…you got too many on/off ramps side-by-side…makes Garmin communication a bit unclear.  In Arizona, we like to do one at a time…they are usually sequential.  Just sayin…

So…now it’s after midnight and we are lost in Atlanta in what appears to be a very industrial part of town…you know, the kind of neighborhoods where they always take the kidnap victims so they can’t be heard screaming during their torture sessons?!  Yep.  The thing that keeps running through my mind is that they always say, “Don’t get in the running car.”  Well, we are already in it!  Against all rational logic, I’m beginning to worry about who might be hiding in the back seat!

Cheyenne gets out Siri and saves the day by getting Siri to straighten out the mess Me and Garmin have created.  Now we’re cooking with gas.  We are now in downtown Atlanta, in the heart of hotel row, searching for our hotel.

Siri says, “Take a right on John Portman, then take a left on Ted Turner.”  Okay, we do that.

After a series of similar commands, here is how the conversation goes…

I ask Cheyenne, “Are we on John Portman or Ted Turner?”

HUH?  “I thought we were on John Portman.”

“Well, how do we get to John Portman?”

About that time, we come to a cross-street named…you guessed it…”John Portman.”

Cheyenne is laughing as she says, “We knew it had to be here somewhere.”

I reply, “It’s a hell of a note when you don’t know if you’re on John Portman or Ted Turner.” 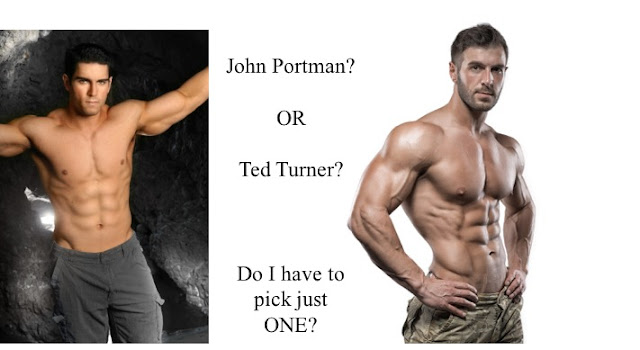 As you can imagine, it digressed from there.  We were giggling so hard by the time we arrived at the hotel, from all our stupid John/Ted jokes, that we were crying and almost fell out of the truck when we opened the doors.

I guess it was one of those things where you really had to be there because when the Valet asked what was so funny and I replied, “I didn’t know if I was on John Portman or Ted Turner,” he just nodded and smiled like I was the village idiot.

Well, those are just a few of the fun moments we experienced on our trip to Atlanta.  Next time, ya’all’ll have to come with us.  And yes, I’m certain ya’all’ll is a real word (in the south)!