Interview with Stephanie Berget and 99¢ Sale of RADIO ROSE 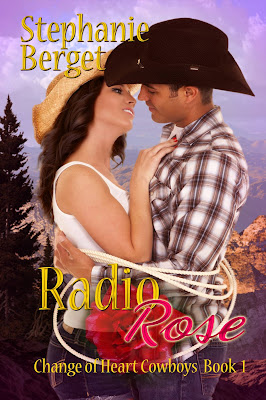 Which authors inspire(d) you?

Stephanie: Before I started writing, I was a voracious reader. My favorite authors were Susan Elizabeth Phillips and Jennifer Crusie. They both bring humor and wonderful quirky characters to their stories, and I try to do the same thing for my readers.

Lexi: What was the strangest thing that inspired a story for you?

Stephanie: Before I’d started Radio Rose, I knew the heroine worked at an all-night radio station as the DJ for a show about space aliens. I was trying to decide on a location and Roswell, NM seemed too clichéd. Just across the Colorado border was a town called Trinidad. When I Googled it, I found out Trinidad was the Sex Change Capital of the World. From that point on, quirky characters introduced themselves and demanded I put them in the book. I had such fun with these guys.

Stephanie: For Rose’s Adam Cameron it’s his kindness and empathy for others even though he wasn’t raised with much of either, and for Rose Wajnowski it’s her determination. She over comes all odds. Life has dealt them both a ton of crap, and yet they are people I’d love to meet.

Stephanie: I’m doing edits on the first of my Barrel Horse Love series. They are contemporary western romance with a twist. Each book will feature a real life barrel horse as a secondary character. Kali Jo Parker’s gray mare, Tuneful, is the star of Changing A Cowboy’s Tune. Kali Jo and Tuneful are on their way to the National Finals. This book will be released June 1st as part of the anthology, Cowboy Six Pack.

Lexi: Of all the books you’ve written, which is your favorite character?

Stephanie: Oh, there are several. Sean O’Connell in Sugarwater Ranch and Byron Garrett in Cowboy’s Sweetheart. Both are hot, angry cowboys who become good guys in the end, but my all-time favorite is Irwin, Rose’s best friend in Radio Rose. He’s a bit of a mystery man, appearing tall and masculine on the air, but he’s short and quirky in real life. On the job, his alter ego, Randall Cunningham III, makes the listeners of Advice For The Lovelorn swoon. I still haven’t decided if he’s an alien and neither have any of the characters in the book.

Lexi: Thank you Stephanie for stopping by today.

Excerpt from Radio Rose.
Rose was still in shock and shook her head. What a mistake! Glass shards of pain sliced into her brain. She slammed her eyes shut and sucked in a breath.
The alien-repellant helmet slipped to the side, and he gently lifted it off her head. Pressing it into her hands, he waited for her to open her eyes.

She peeked at her helmet and saw half the lights had burned out. “Damn, piece of shit helmet. This piece of crap is guaranteed for ten years. How am I going to make good on the guarantee if I’m abducted? Answer me that.”

As she lifted her gaze to his eyes, firefly sparkles flashed across her vision. She’d forgotten he was there.
I must be out of my mind. Abducted by aliens, and I’m worrying about this piece of junk.
As she tried to answer, the words froze into little clumps of ice and melted back down her throat.
“How many fingers do you see?” he asked, holding up one hand.
“Hold them still so I can count.”
“How many?” he asked again, impatience riding on each word.
It seemed a stupid question for an alien to ask, but now was not the time to question these guys on their mathematical skills. Focusing her eyes, she counted the fingers slowly, twice then told the truth. “Seven.”
“You need to sit down while I try to get you out of here.” He carried her to a vehicle, opened the door and placed her on the seat.
“Don't take me with you. Please, I'm not a normal human. I wouldn't make a good specimen,” Rose pleaded as she stuffed her trembling hands between her knees to hide the shaking. “Really, I'll skew your results.” She focused her vision and concentrated on his features. Nothing was making sense. He looked like a human, a darn nice one, but her callers had told her aliens could change form at will.
He placed her helmet in her lap. Only a light, here and there, was blinking now. Forty-nine dollars and ninety-nine cents down the drain when she didn’t have money to spare. If she disappeared into outer space to be experimented on money would be the least of her worries.
She didn't have the energy to fight him when he lifted her legs, put them in the spaceship and dug around until he found the straps to tie her down. He reached across her, belted her in and shut the door. Now she was trapped. Running her fingers over the door, she tried to find the handle. Before she could make her move, she felt the spaceship lifting off.

Finding romance beneath a rodeo moon. That’s what Stephanie Berget had in mind when she began writing, to add a realistic view of rodeo and ranching to her Western Romance. 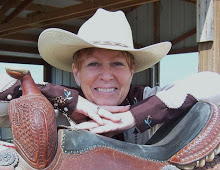 She was born loving horses, developing a lifelong love of rodeo when she married her Bronc Rider. They traveled to rodeos throughout the Northwest while she ran barrels and her cowboy rode bucking horses.

Stephanie and her husband have three adult children and several grandchildren. They live on a farm located along the Oregon/Idaho border, where they raise hay, horses and cattle, with the help of Cisco, the wonder horse, Dizzy Dottie, the Border Collie, and two Munchkin cats, Magic and Martin.