New Release ~ TWO OF A KIND by Alexa Rivers 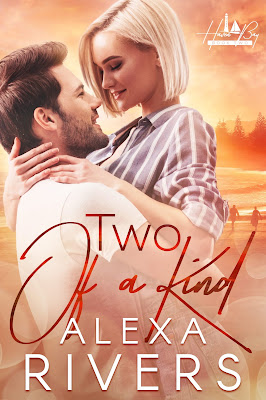 Two of a Kind

After a lifetime of being held back by illness, blogger Brooke Griffiths is finally healthy enough to pursue her dream of hiking to Mt Everest base camp. The first step in her plan is convincing professional adventurer Jack Farrelly to help her prepare. Only, they exchanged a mind-blowing kiss weeks ago, and he never called, which in a town the size of Haven Bay, is downright awkward. All she has to do is put her pride aside to achieve her goal. Should be easy—right?

Jack Farrelly dated a woman in the public eye before, and he doesn’t care to repeat the experience, no matter how tempting Brooke is. Though the instructor in him wants to help her get ready to hike Mt Everest, he thinks she’s better off setting her sights a little lower. But denying her proves impossible—both professionally and personally—and before long, he’s in deeper than he ever imagined possible.

When old wounds are reopened, can Brooke and Jack overcome the pain of their pasts and take a chance on love? Or will they let the fear of being hurt keep them apart? 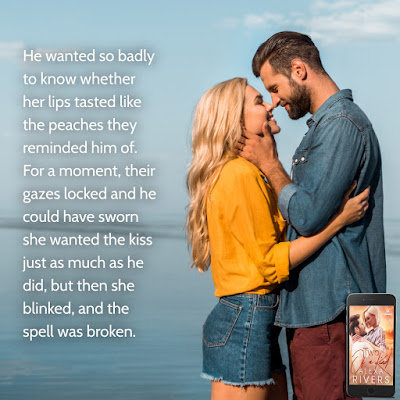 Slamming the car door shut, Jack strode to the foyer, where the group was waiting. The Kathmandu couple had come back for more and greeted him with eager smiles. Mavis had also returned, but she’d brought Betty rather than Nell. Three fit guys in their twenties lounged against a wall, talking quietly between themselves and stealing occasional glances at the final member of the party. Brooke.

If Kat hadn’t shared what she had, he wouldn’t have believed that Brooke had been anything other than perky and energetic since he’d seen her last. She looked vibrant standing behind the desk, a smile flirting with the corners of her mouth and a rosy flush on her cheeks. Lust speared through his gut and he bit the inside of his lip to stifle a groan. Why did she have to be so appealing, with her electric blue eyes and dewy complexion? His body reacted to her instinctively, going on an all-systems-alert. Strange, when he was rarely affected this way by a woman. Ruthlessly squelching his response, he reminded himself that he couldn’t think of a girl less suited to his lifestyle, and he was sure the same could be said when it came to his suiting her. Unfortunately, his mind and his body had different ideas.

“Hi, everyone,” he said, once he had himself under control. “I’d like you to all head into the parking lot. I’ll join you in a moment.” When they started moving, he pointed at Brooke. “Except you.”

Mavis and Betty tittered and exchanged glances, like they didn’t want to leave her alone with him. He raised a brow and they hustled away, casting dubious looks over their shoulders. He scowled. Did they really think he posed a risk to her?

“You wanted me?” Brooke asked, coming around the desk to stand in front of him. He tried not to notice the way her slim-fitting tank top outlined slender curves. Not appropriate. Even if she wasn’t all wrong for him, she was probably too young to be interested. It was hard to gauge her age, but he put her somewhere in her early twenties. Compared to his thirty, that was a big difference in life experience.

“I think it’s best if you stay here,” he told her, noticing that Kat hovered a few feet away.

Her jaw dropped. “Why? I managed all right the other day. I didn’t hold anyone up, or get in the way.”

He sighed. Did she really want to go down this path? “No, you didn’t. But you slept for eighteen hours afterward.”

Her gaze slid over to Kat and she glared. “I was fine,” she insisted through gritted teeth.

He softened his expression. “Be honest with me, Brooke. You’re not doing either of us any favors if you pretend to be fine. I’m not a mind reader. If you come with me, I need to be able to trust you to let me know how you’re doing at all times.”

“Okay, maybe I overdid it,” she conceded. “I should have taken it easier, but I’ve learned my lesson, and I promise to be more up-front with you and pace myself.”

“I’m not sure I’m willing to take that risk,” he said. “We’re walking farther than we did last time, and I don’t have time to figure out how we can make it work for you.”

She crossed her arms and looked somewhere over his shoulder, blinking rapidly as though holding back tears. “If I need to stop, I will, and you can collect me on the way back. Please.” A note of pleading entered her voice, and it twisted Jack’s gut. “I need to do this. It’s important. I could explain why, but it’d take more than a couple of minutes and I know you want to get moving.”

“Brooke, honey,” Kat said, laying a gentle hand on her arm. “It’s one trip. There will be others.”

Would there? Because Jack wasn’t sure.

Brooke closed her eyes. “Sorry. Of course there will.” She released a shuddering breath. “I’m being unreasonable.”

“Maybe a little,” Kat confirmed, a smile creeping over her face. “Why don’t you sit this one out so Jack doesn’t get off schedule, and then we can have a talk about what to do in the future once he returns.”

Jack could see the emotions warring within her. Apparently joining the group meant a lot to her.

“Okay.” Her shoulders drooped, and oddly, his mood dropped with them. “I guess that will be fine.”

“Great,” he said, before she could change her mind. “I’ll come by once we’re back.” He didn’t know where he’d find her, but considering he didn’t plan to go anywhere near her without Kat to play mediator, his friend could show him where to go.

“Don’t forget,” Brooke warned, and from her expression, he could tell that if he did, she’d hunt him down.

He nodded, then followed the others outside, finding them waiting beside the four-wheel drive.

Betty waved a hiking pole as he approached. “Did you scare that poor girl away?”

“We decided she’s better off not joining us today,” he replied.

She harrumphed, in that way only little old ladies could. “I don’t suppose that was her idea.”

He didn’t say anything, just handed bags to the three young men. Once they’d all geared up, he issued directions, then fell into step at the back.

Betty joined him. “You know what I think?” she asked.

“I’m sure you’re going to tell me whether I want to know or not.”

She thwacked his leg with the end of a pole. “You’re a cheeky devil, Jack Farrelly. I think you don’t want Brooke coming because you don’t like the way she makes you feel.”

Jack tripped over his own feet. Dear God, what?

He glanced at Betty. Had he heard her correctly? Had the God-awful word “aroused” just passed between her prune-like lips?

She hooted with laughter. “I hit the nail on the head, eh, Jack?”

He shook his head, both amused and dismayed. It wasn’t as though he could deny it.

“Don’t be ridiculous,” he said, then added fondly, “and get your pointy little nose out of my business.” 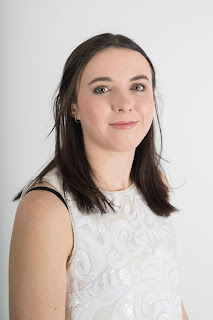 She lives in a small town herself, complete with nosy neighbors and quirky traditions.

She shares a house with a neurotic dog and a husband who thinks he’s hilarious.

When she’s not writing, she enjoys traveling, baking and decorating cakes, eating those cakes, cuddling fluffy animals, drinking excessive amounts of tea, and absorbing herself in fictional worlds. 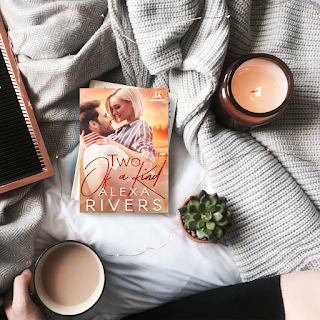