New Release ~ THE PRINCE WHO LOVED ME by Abigail Sharpe 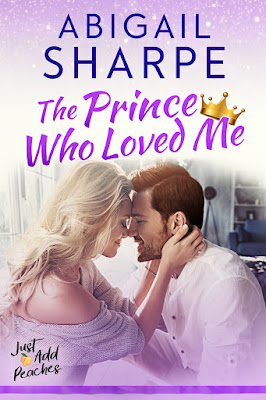 The Prince Who Loved Me

He loves her. She loves him not…yet.

♥ Happily ever after is always a risk ♥Brandi Clayton spent years being a chameleon, trading on her looks for the security of having a man taking care of her. After all, being alone is what her mother taught her to fear. When her grandmother’s will surprisingly reveals Brandi inherited the family business, a new path opens up for her. She’s determined to take charge of Belle’s Medicinal Brewery and her own life. And if she can take that leap, she can find a man who loves her for exactly who she is. With her long-time friend Sebastien’s support, she’s bound to succeed, but she can’t take advantage of Sebastien forever.A royal with no responsibilities, Prince Sebastien of Casagnes spends his days near Brandi, sketching, and helping his friend whenever she calls. His love for her is like his art -- safely hidden where it can't be rejected. But when Brandi uploads her profile to dating sites, Sebastien fears losing the one woman who is his everything. Can this loyal royal find the courage to put his heart on the line and paint a picture for Brandi of their life together?The Prince Who Loved Me is a Just Add Peaches novel. Each book in the series is a stand-alone, passionate and playful contemporary romance, but you'll want more than one juicy bite.

Sebastien slipped into the kitchen, keeping the large bouquet of flowers that he had ordered below the island level. Once inside, he glimpsed up the servants stairs. No one was coming.

Brandi would be on her way to Belle’s soon, and she’d be alone. First, he’d apologize for what was seen as his lack of confidence in her running Belle’s. Tell her he believed in her. He’d prove it later with the books he’d ordered from the local bookstore. And then finally, finally confess that his heart has been filled with her since they met. Hope he hadn’t waited too long.

Damn. Wendy’s voice filtered in through the dining room followed by Leslie’s smooth tones and Brandi’s softer ones. He didn’t want to do this with an audience.

“So which date is this?” Wendy asked.

“My fifth, maybe?” Brandi answered. “I don’t even know anymore. But how can you go wrong with someone named Nick?”

Who the hell was Nick? Brandi never mentioned a Nick. And Nick was a stupid name. It’s what happened when shaving. It involved blood. Who named a kid after a razor cut? Nick had bad parents.

The large bouquet seemed to wilt with every word Brandi spoke.

“This is the first blind date, so we’ll see how it goes.”

The voices grew clearer so he rushed to the back door. Before he could hustle outside, Rob thundered down the back stairs, inadvertently blocking Sebastien’s escape. Damn again. He slapped the flowers against Rob’s chest and the man scrambled to keep them from falling.

“These are lovely, your Highness, but I’m a taken man,” Rob said.

Sebastien stepped away from him as the women came into the kitchen and stopped short when seeing them.

Wendy gave a gasp of surprise, hand going to her heart. “Are those for me? I thought you were upstairs working on your book. When did you go out?”

Sebastien clapped Rob on the shoulder and gave him a small shove, hoping he would catch on. “You found a good one, Wendy.”

Rob stopped his stumble and held out the bouquet.

“They’re beautiful.” She buried her nose in the petals. “Thank you. I don’t remember the last time a man brought me flowers.”

“You’ve been together seven months and this is the first time you brought her flowers?” Leslie asked.

“To be fair, I never brought him flowers, either.” Wendy inhaled deeply.

“Those really are lovely, Rob.” Brandi leaned down to sniff. When she stood straight again, she grinned at Sebastien. “Not what you were expecting for breakfast, huh?”

There was no dark look on her heart-shaped face, no tightness in her voice, no avoiding eye contact. Maybe she had thought nothing of his dismissal of her dreams. And maybe she had buried it because she’d rather not risk a confrontation.

“I think pancakes would taste better, but I’m willing to try them.”

“I should get these in water.” Wendy grabbed Brandi and headed into the butler’s pantry with Leslie following. “Help me find a vase.”

Rob leveled a stare at Sebastien when they were alone for the three seconds finding a vase would take. “You’re an idiot.”

“You’re not telling me something I don’t already know.” 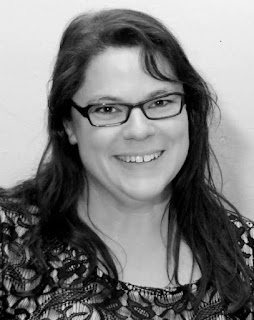 Abigail is a Boston-bred Yankee now eating grits and saying "y'all" in North Central Florida. Technical writer by day, she doesn't don a cape at night, but can instead be found writing passionate and playful contemporary romance. When she's not writing, she can be found wearing a corset and singing bawdy songs with Just Desserts, an a cappella musical comedy act, at places that won't throw them out. All hail low altos! Abigail lives with her husband, two kids, and one crazy princess puppy. You can keep up with her on Facebook at www.facebook.com/AbigailSharpeBooks or find her on Goodreads. She has a website, too, but it's horribly outdated, and she'd rather write books than update the HTML. Only go there if you want to sign up for her newsletter, which she publishes sporadically.