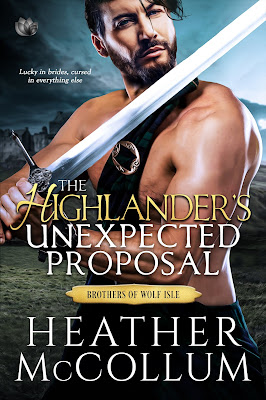 (The Brothers of Wolf Isle)

Adam Macquarie needs a bride to re-establish his dying clan, and Lark Montgomerie needs an escape from her horrible life, but they are both hiding secrets that could ruin everything for them and Wolf Isle.

A lass begging to marry him might top the list of “oddest things to happen,” but Chief Adam Macquarie is desperate. And no matter how much he hates to do it, he’s not above lying to get what he wants. Starting with the fact that he just omitted the truth about the situation back at his home—where there are no women and only a handful of other people. Because he has a secret need for a wife himself, one she won’t be too happy about when she finds out.

Lark Montgomerie is thrilled the brawny chief agrees to save her from her drunken father’s machinations of wedding her off to the first fool that agrees. He’s easy on the eyes and no one can be worse than her current options. Now a new life awaits her, on an exciting Scottish isle no less, and nothing will dampen her spirits. That is, until she arrives in her new homeland and realizes more than a few things are amiss…

~ What readers are saying ~
“Smexxy highlanders, a feisty heroine, a cursed isle, an alleged witch and pirates! From start to finish The Highlander’s Unexpected Proposal is a book impossible to put down! Highly recommend!” -Veronica W., Goodreads

“This book is filled with mystery, adventure, love, hot ‘sexy times’, hope, strength & adversity. Great book and I can’t wait for the rest of the series!!” -Carey H., NetGalley

“The Highlander's Unexpected Proposal by author Heather McCollum steals your attention from the get-go. Intriguing characters, a few twists in the plot and some returning characters from past stories by Ms. McCollum ensure that the pages keep turning.” -Talking Books Blog 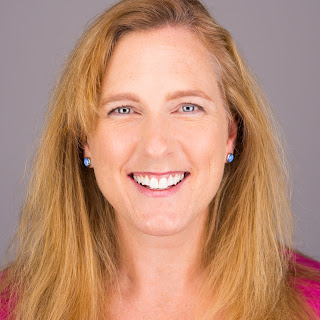 Heather McCollum is an award-winning, historical romance writer. With over twenty books published, she is an Amazon Best Seller and a Readers’ Choice winner.

When she is not creating vivid characters and settings, she spends her time educating women on the symptoms of Ovarian Cancer. She is a survivor and resides with her very own Highland hero and three spirited children in the wilds of suburbia on the mid-Atlantic coast.