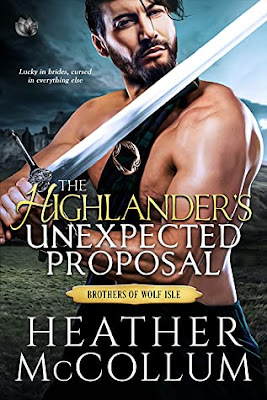 (The Brothers of Wolf Isle #1)

“Marry me, Adam Macquarie, and get me the hell out of here.”

Lark Montgomerie finds herself being forced by her father to either choose a husband during the Beltane Festival or be sold so he may be rid of her.  Hiding amongst the trees, Lark stumbles upon an unlikely savior in Chief Adam Macquarie.  Hearing that he and his brother are looking for brides, Lark takes a chance that her instincts about Adam will serve her well, and get her out of the hellish situation she has lived in since she was a child.  Lark goes into the marriage asking Adam to be truthful to her, but she is harboring a secret of her own…and secrets always have a way of coming out…

Adam and his younger brother Beckett are committed to rebuild their ancestorial home on Wolf Isle.  Being cursed for over 100 years, it won’t be an easy endeavor, but with hard work and wives at their side, Adam knows it can be done.  When he’s publicly asked to wed by the fiery haired lass he saved in the woods, he takes a chance she will help his clan and agrees to her unexpected proposal.  Adam has a few secrets of his own, but is holding on to hope that he can convince his bonny new bride there are no such thing as curses…right?

Oh where to begin with this funtastical tale told only as Heather McCollum can pen!  This reader loved it!  Loved it!  There is a little something for everyone!  Smexxy highlanders, a feisty heroine, a cursed isle, an alleged witch and pirates!  From start to finish The Highlander’s Unexpected Proposal is a book impossible to put down!  Highly recommend! 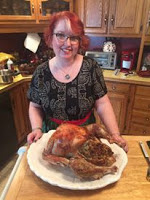