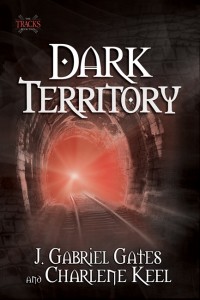 Alexis: Today we have Young Adult Paranormal Romance authors, J. Gabriel Gates and Charlene Keel, visiting us and they will be giving away all three of the books in THE TRACKS series!  Answer their question in the rafflecopter for a chance to win! Surely you have ideas on who could play the characters in this story. They will be picking two winners!


Char: The YA market is pretty hot right now, and I love anything paranormal. While I’ve worked a lot in genres like romance and erotica I hadn’t done any writing for kids since I had my first short story published in Teen Magazine a couple of decades ago. It was refreshing to write love scenes that were sweet, funny and compelling without having the characters get all sizzling and sweaty.

J:  There was a touch of romance in the books I wrote before The Tracks series, but the truth is I probably would never have written something so romance-centric if it hadn't been for the fact that romance is a must in paranormal YA fiction, and HCI Books and Char insisted that romance had to be a major component in the trilogy. There's a lot going on—supernatural evil, teen angst, magic and martial arts action—but now I can’t imagine the story coming to life the way it does without the pounding heartbeats between Aimee and Raphael, Nass and Dalton and Aimee and Orias.


Alexis: Can you tell us your story of getting “the call”?

Char: We actually made the call. TV producer Herman Rush, for whom I’ve worked on various projects, let me know that he was meeting with Peter Vegso, the head of HCI Books. I asked Herman for an introduction, once he’d completed his business with Peter. Herman set it up for me and after I pitched the project (over the phone!), Peter said, “I love it! I want it!”

J: When I got the call I was living in Canada and doing construction work. I’d already written four novels and hadn't succeeded in getting them published. I had walked away from my TV acting career in Los Angeles to try my luck in Toronto. Getting the publishing deal for The Tracks series was the break I needed. Since then, I've had two of my other novels published—Blood Zero Sky and The Sleepwalkers.


Alexis: Where did you get the idea for this story? 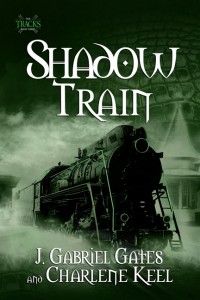 Char: It was J’s idea originally—that’s why his name is first on the cover. Believe it or not, we met on Craig’s List. I was still living in L. A. and pitching projects to people half my age. I was about to put an ad on Craig’s List for a young, hot guy to take with me to pitch meetings (to make that necessary youth connection) when I saw Jake’s ad, looking for advice on how to get his books published.

I got in touch and we met and hit it off. He told me about The Tracks, his concept for a TV series, which was great. It combined all the teen angst of school and parental pressures, getting crushes and falling in love, and it had teen gangs fighting each other with martial arts. I suggested adding a supernatural element, and our proposal came together. But then Jake moved to Canada and I moved to Florida so we never got to pitch it, until Herman introduced me to Peter.

J: The idea came to me in L.A. when I was taking Wing Chun Kung Fu lessons. I got home from class one day and some of my friends were watching Degrassi. I sat down to watch it with them. After a few minutes I said, “You know what would make this way better? A kung fu showdown.” They laughed, but that was the beginning of The Tracks.


Alexis: What made you chose your title?

Char: Titles are tough. We knew that The Tracks was good for a series but it wasn’t a good book title. We wracked our brains and finally came up with Dark Territory. It’s a railroad term and fits our story perfectly, as much of it takes place on or near abandoned train tracks.

J: The initial title for book 1 was going to be Wheel of Illusion. I liked it, but Char and our publisher were less than thrilled. After a few weeks of head scratching, Char came up with Dark Territory and I was immediately like, “Yes!”

Alexis: What was your first writer’s conference?

Char: The Romantic Times Booklover’s Convention in San Diego in 1992, for which I was the convention coordinator. I also produced the first Mr. Romance Cover Model Pageant for Kathryn Falk. Shortly after, I got an offer to be an editor at Playgirl. Working at Romantic Times was a blast—probably the most fun I’ve ever had in publishing.

J: I've pretty much done my whole career in reverse. I sold five novels, then got an agent. I just attended a workshop back in June, in Orlando, at the Society of Children’s Book Writers and Illustrators conference, and it was a blast.  I wish I'd found the money and time to invest in attending conferences sooner, and I do plan going to more in the future. For a writer at any stage of his or her career, the networking opportunities are invaluable.

Alexis: Thank you both for chatting with us on Happily Ever After Thoughts. If readers want to learn more about this awesome duo, check out their sites:

Charlene Keel has written over a dozen novels and how-to books. Among her TV credits are Days of Our Lives and Fantasy Island, and her novels include The Lodestone (historical romance), Seventh Dawn of Destiny (action-adventure romance), Dark Territory, Ghost Crown, Shadow Train (YA paranormal romance) and Rituals, which was adapted for TV as the first made-for-syndication soap opera. Keel has also done screen adaptations of books by Patricia Hagan, Rebecca Brandewyne and Peggy Webb and she ghostwrites for celebrities and corporate moguls.

J. Gabriel Gates is a native of Marshall, Michigan. The son of an English teacher, his passion for the written word began at a young age. During college, another passion—for performing—led him to get his B.A. degree in theater from Florida State University. During his years in Los Angeles, he appeared in a dozen national TV commercials and penned several screenplays while laying the groundwork for his career as a novelist. His novels include Dark Territory, Ghost Crown, Shadow Train (The Tracks Trilogy), The Sleepwalkers and Blood Zero Sky. 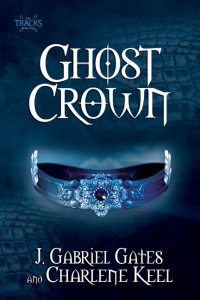 As she looked up into his eyes all she could think about was how his lips would taste. Abruptly, she turned away from Orias and went to the other side of the room. His presence was overwhelming her, driving every other thought away.
“Please stay,” he said.
Only half an hour had passed. If she left now her dad would never let her hear the end of it. “Okay,” she agreed. “But no more of this polite conversation bull crap. I’ll stay—if you answer some questions for me. About your father.”
“Whatever you want to know.”
“For one thing, what kind of person—” she began, and then started over. “He didn’t just abduct me, you know.”
A flash of pain shot through Orias’s eyes, so sharp it surprised her. “What did he do to you?” he asked grimly.
“For starters, he took me to this really weird place. Then he shot a boy right in front of me. Killed him and made me dance in his blood. What kind of person does that?”
“Someone who is insane, clearly.”
“Insane?” she repeated, incredulous. “How does that explain the rest, Orias? How was he able to sprout big black wings—and fly right up into the sky like some kind of demented angel?”
The contempt Orias felt for his father was obvious. “I can’t believe he let you see that,” he said.
“Well, he did—so what was he? And what does that make you?”
Disgust showed in his face at her final question—a loathing so strong it was undeniable—and she wondered if he might actually hate Oberon as much as she did.
“You wouldn’t believe me,” he said at last.
“Try me,” she said. “After what I’ve seen, you’d be surprised at what I’d believe. So tell me, or I’m out of here.”
“My father was an Irin, Aimee. A Watcher. A fallen angel.” He waited a moment, she thought, for it to sink in.
“Is that what you are?”
His sigh was so full of despair it almost brought her to tears. “No,” he said. “I am Nephilim. My mother was human. She made the mistake of loving him and it killed her.”
Nephilim. Aimee had heard the term when her mom took a Bible study course at Middleburg United Church. For a long time, it was all her mom talked about. She’d had pictures and ceramic figurines of angels all over the house. Most of them were beautiful, but the fallen angels were frightening and the Nephilim were horrendous.
“Do you have wings too, like your father?”
“I won’t know for a couple of years—not until my twenty-first birthday. Some Nephilim do get them, but only the most powerful.”
“So you have powers?” she asked.
“I think that’s why my father didn’t want me around,” he said. “I have the power of an angel and the heart of a human. That could make me very dangerous, indeed.” He looked at her darkly and her heart did a somersault.
“So you’re part human. Does that mean—you have a soul?” she asked.
“Half a soul, anyway.”
“That’s really sad,” she said. “But . . . with all your power and money, you’d settle for life in plain old boring Middleburg?”
“From what I’ve heard, it’s not so boring. And you’re here.”
“You’ve really got to stop talking like that,” she told him. “I’m taken.”
“So you’ve said.” He reached out and brushed her hair away from her face, and again she wondered what his lips would feel like on hers. “You’re very special, Aimee.” He took her hand and drew her closer to him. “It’s time you realize that. This world can’t hold you.” His voice was low, almost a whisper. “You can slip through . . . be anywhere you want. Tell me, where would you be at this moment, if you could be anywhere in the world you wanted to be?”
Looking for my mom was the first thing that came to her mind, followed by, anywhere, as long as it’s with Raphael. But what came out of her mouth was, “I don’t know. I’d have to think about it.”
“Think about it, then,” he said softly. He reached out to caress her cheek.
Stop letting him do this, she told herself; stop letting him touch you. She should step away from him but she couldn’t. She didn’t want to.