Guest Siobhan Muir and a Giveaway 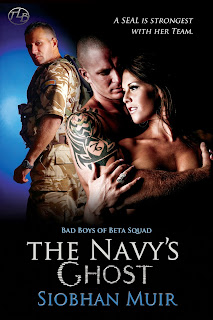 Where do you get your ideas?

Anything can set me off, though. For example, I once watched a really bad musical version of Cinderella where the actress of Cindy sang to her chair. Her chair! What is wrong with this woman? I immediately went home and wrote a Cinderella version set in the future on a space station in the rings of Saturn. It was entitled Ringo’s Spaceport. “Cindy” was the hospitality manager and the “prince” was the leader singer to a famous rock band who’d come on their concert tour of the solar system. No singing to chairs, I assure you.

Another great way to get ideas is from #flashfiction. Have you heard of this? It’s the art of writing a whole story in a limited word count to a prompt. Often the prompts will be something like a word, a phrase, or even a photo, and you write anywhere from 100 to 1000 words to that prompt. Sometimes you have limited time and an unlimited word count. Other times you get twelve hours and 250 words. The host sets up the prompt and off you go. I host my own #flashfiction challenge, #ThursThreads, and everyone is free to join in, even just to read.

You can write a whole novel with #flashfiction. Don’t believe me? I have a friend who’s writing a “serial novel” just six to eight sentences at a time, and he posts them on his blog every Sunday. He’s named it Revenant and it’s a good read so far. Space Zombies. Gotta love it. I’ve used #flashfiction to push my story ahead and give it exciting little scenes I can connect to make a broader, fuller tale.

My upcoming release, The Navy’s Ghost, started out as a dream and I added to it through #flashfiction. In the dream, I woke up in the hospital after experiencing an ambush where I’d almost bled out from a leg wound. My teammates from my squad where there and they’d been worried I wouldn’t make it. Fourteen thousand words poured out of me over three days just from that one scene. Now it’s grown to 100 thousand words and is a complete story, pushed forward with snippets written in #flashfiction challenges over the last year.

Here’s the blurb for The Navy’s Ghost:
A SEAL is strongest with her Team…

Ensign Christana "Ghost" Brickman is the only female SEAL to survive BUD/S training, a real Navy Jane. But when an ambush ends her career as an active SEAL, she’s free to pursue other interests. Like her two best friends Lt. Jim "Retro" Waters and Chief Warrant Officer Todd "Magic" Hunter. She's wanted them for over a year, but never dared to approach them while in the squad.

Retro has fought his dark desires since high school, certain the need to share a woman unnatural. Magic had never considered sharing before Ghost mentions it, but it solves his dilemma of choosing between his best friend and his woman. But Retro balks at Ghost's offer to share and retreats from both when she marries Magic.

Everyone feels Retro’s loss, but he ignores the ache of their broken connection in favor of living ‘normal.’ When Ghost and the other wives of Beta Squad are kidnapped, Retro must reevaluate how much both Ghost and Magic mean to him. And he must decide how far he's willing to go to save the woman he loves, before she becomes the Navy's ghost.

So where do I get my ideas? From everywhere and everything. And when that doesn’t work, the dreams kick in. Several of my novels have started from dreams, and there are many more coming. All but the first story in my Cloudburst Colorado series started from dreams, very, very good dreams. ;)

Thanks so much for stopping by and happy reading. :-)

For a chance to win an ecopy of The Navy’s Ghost be sure to leave a comment below. The winner will be chosen on Wednesday. 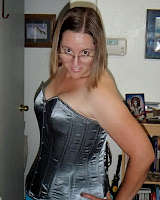 Excerpt from The Navy’s Ghost

As she lay dying on the grimy floor of the Nicaraguan warehouse, Magic’s feelings for Ensign Christiana Brickman had crystallized into blinding clarity. I love her. He’d ignored the thought in favor of saving her life, but now, with the squad around him and the action settled, it came roaring back into his mind, clear as day. Jubilation mixed with terror settled into his gut. No fraternization within the ranks. Too bad his heart couldn’t remember the rules.

“How’s she doing, Magic?” Retro shouted through the mic to Magic over the rotors.

“Stable for now. High as a kite, but stable.”

“Good to hear. Pilot says back on base in fifty mikes.”

“Why do they always use boys’ names for everything?”

Retro and Magic turned to the woman lying between them and met the clouded hazel gaze beneath the lowered brows. “Say again, Brickman?”

“Boys’ names. Why do they always use them for everything?”

“What are you talking about?” Retro raised an eyebrow.

“You know, Mike for minute, Roger for understood.” Brickman rolled her head to pin Retro with her focus. “Jimmy for futzing with locks. Hey, your name is Jim.” She licked her lips and swallowed. “I like your name, Jim Retro. And I like you, too. You’re handsome.”

“Yep. Definitely high as a kite.” Retro snorted and shot a smile at Magic. Todd tried to smile back, but his gut sank. What if she preferred Jim over him? Get your head back in the game. She’s never shown interest in any of us.

“Yeah, but I’m pretty sure she’s not in pain. With the dosage I gave her, she should be floatin’ on cloud nine by now.”

“You’re my cloud nine, Magic.” The hazel gaze hit him and he tried not to fall into it or the words she murmured. “So sexy and smart and nice. All the Navy bunnies just love you.” Her lips tightened in irritation. “Sluts.”

Magic raised his eyebrows. Don’t listen to her, she’s out of her mind. Except morphine often acted like a weak truth serum, stripping away inhibitions to expose real sentiments underneath. Chris turned her head away to mumble something under her breath as a mild frown creased her forehead.

“Not good enough for you.”

“They only want dick, you know.” Her gaze slid slowly back to Jim’s face. “You deserve better, Retro. Mo’betta. ’Cause Bravo Squad does everything mo’betta. They should call it Betta Squad.” She trailed off in a dreamy, sing-songy voice.

“At least she’s got that right.” Retro shook his head, a half smile quirking his mouth.

“Bravo Squad definitely does it mo’betta.” Ghost fixed him with a hard stare. “Just like you, Retro. And you need someone who knows you. You, and Magic, too. Perfect, sexy, tall, and hard. Like bananas.”

“What?” Magic traded looks with Retro.

“Oh, shit. You better knock her out before she says something really crazy.”

“Bananas. You know…” Chris raised one hand, curling her fingers into a C-shape before swaying it back and forth as if stroking something. “Long, hard, smooth, and warm.” She grimaced. “Bananas. So much better than cucumbers. Mo’betta in Betta Squad.”

“Knock her out, Magic.” Retro growled as the other squad members snickered in the background.

Remember, for a chance to win this ebook, leave a comment below :-)
Posted by Alexis Walker at 7:00 AM