Interview with Arabella Thorne and a Giveaway! 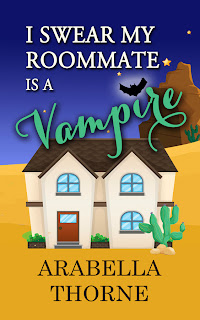 Alexis: Today we have paranormal romance author, Arabella Thorne  who is giving away a reader’s choice of either I SWEAR MY ROOMMATE IS A VAMPIRE or THE ELF LORD’S REVENGE to one lucky commenter! Welcome Arabella.

When did you know you wanted to be a writer?

Arabella: I’ve been writing since I was twelve. I wanted to create stories that I was in. So the first story I remember was fanfiction,  one involving the TV show The Man from U.N.C.L.E. I was very fond of David McCallum as Ilya Kuryakin. All I can remember of that original tale was it involved a maroon Mustang. (Mustangs were a very popular car at the time.)

I continued to write. Sometimes original tales, but what I remember most is writing stories about the Beatles and soon, Star Trek. I wrote a journal in a spiral bound notebook for over a year in journal/diary form as if I was on the Enterprise. I even gave the Beatles their own ship. I passed it around to my friends in ninth and tenth grade.

I grew up an avid reader. My mom took me to the public library every two weeks until I was able to ride my bike there (It wasn’t that close to the house).

My father was a photo journalist and my mother began working at the L.A. Times when I was five.

I almost majored in English when I went into college, but at the last minute, my oldest brother, who had a degree in English told me: “If you think you’re going to do any creative writing: Think again. You’re going to write critical analysis and essays.” Well I really hated the taste of essay writing I got in English 101, so I majored in art instead. Not because I was a budding Mary Cassatt, but a friend suggested it. And when I said I knew nothing about art, she immediately replied: “That’s okay. They’ll teach you.” (The sad thing is, during my last year of college I found out I could have had a creative writing major. Sigh.)

But after I graduated with my degree in art, go figure: I got a job at the L.A. Times (nepotism works) and I worked there for almost nineteen years.

I first started off writing book reviews while I was a copy messenger. When I moved into the film department as the Film Editor’s desk assistant—then I began freelancing articles. Between the book reviews and other features, I wrote over two hundred pieces for the paper. As well as freelancing as a dance photographer---which got me some great photos of Baryshnikov, among others! The photography also got me published in several books.

From there I just kept going! Writing novels and shoving them under the bed! (Well, the closet really)… The first novel took me two years and I wrote it in while college. I still have it somewhere.
But once I found out about the RWA and joined VOS… that kicked me into high gear. 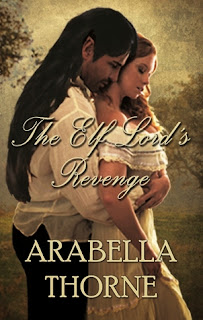 I currently have one novel: THE ELF LORD’S REVENGE and a novella I SWEAR MY ROOMMATE IS A VAMPIRE.  I am currently working on book two of the Elves of California series: “The Elf Lord’s Secret.”

Arabella: My sub-genre being, well, historical fantasy with a touch of the paranormal…..

I love magic and elves. Peter Jackson’s vision of the elves in Lord of the Rings films really caught my attention. I was/am very fond of Elrond. A wise, talented elf, with attitude.

Setting the elves in California blended my love of California history (which I got from my mom) with the fantasy elements. I had originally set the novel in London (one of my favorite cities which I’ve visited five times). But that version of the tale---even though it was finished, wasn’t quite there.

And I figured everyone sees elves in England because of Tolkien… well, I needed to come up with something a little different. So a photo of The White Hotel set up high in the San Gabriel Mountains near Altadena, California (not far from Los Angeles) inspired me. (It’s no longer there. It burned down in the 1930s and was a stop on the Mount Lowe funicular.) I wanted a house with a view like that and then,  for some reason, immediately thought of elves….and the seed to the Elves of California was planted!

My contemporary novella was a little something noodling about my brain about seven years ago when I needed a roommate to help with the bills.

But I would like to write a novel set in London, the Regency or Victorian periods….but it would still probably involve elves! (I’m kind of stuck on them right now if you haven’t noticed!)  I actually have a NaNoWriMo manuscript that deals with elves in contemporary England that I may spruce up….

Alexis: I do see a theme here ;-) What has been the most memorable fan comment you've received?

Arabella: So far, the best one has to be one I got at the very beginning of my “career” as it were when I was about 13-14. My next door neighbor who was just a couple of years younger than me had to do a school report on her favorite author.

And I kid you not; she picked me! (Don’t remember what she got graded on that paper!)

Alexis: Speaking of the past, what was the first romance you ever read? 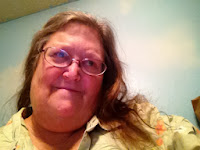 Arabella: Well—was it Jane Eyre when I was twelve or thirteen (never liked it too much—too dark.)

Perhaps it was Victoria Holt’s Mistress of Mellyn or The Bride of Pendorric. You see, my mom loved Victoria Holt, Phyllis Whitney and Mary Stewart…so I read those and whatever else was around the house, again, when I was pretty young. I was a precocious reader. (Heck, I read anything!)

The first Regency romance I remember reading was by Fiona Hill “Sweet’s Folly.” After that—I would read those Berkeley romances, the really short ones that they published in piles. And I was hooked.

Who doesn’t love a strong hero and a happily ever after! It fit right in with the kinds of things I have always liked.

Alexis: Those are the things I like too! Thank you so much for visiting Happily Ever After Thoughts, Arabella.

To find out more about Arabella Thorne and her books, visit http://www.arabellathorne.com


And remember, comment for a chance to win your choice of either I SWEAR MY ROOMMATE IS A VAMPIRE or THE ELF LORD’S REVENGE.
Posted by Alexis Walker at 7:01 AM