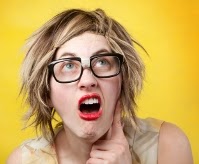 Okay, I’ve forgotten again and it’s been and gone……….TWICE!  Yeah, it’s me we’re talking about and what, you ask, do I always seem to forget about?  Blogging…that’s what!  OMG…just shoot me because I am too old to live!  I forgot to blog last Friday so AWESOME Alexis gave me this Friday instead and what do I do?  I freaking forget again!  Okay, this is getting serious.  Somehow, I have to start remembering to blog every other Friday.  Maybe I should have you all send me messages.  Uh…wait…maybe that won’t work.  Either I will be inundated with emails because so many of you read our blog or I will get nothing because you’ve all lost faith in me ever blogging again.  Argh!  The agony of the decision!!!  Okay, I guess I will just have to break down and put the ever-dreaded reminder on my Outlook calendar.  I know…you’re asking why I haven’t done that yet.  It’s me…that’s why…I’m Outlook-phobic.  I currently have 243 outstanding reminders popping up between my work calendar and my personal calendar and I can’t deal.  I loved the old way Outlook used to remind you with a separate reminder window for each item so I just dealt with one at a time.  The new system has me scrolling through a window of reminders to figure out which ones I have to delete.  I hate it and I’m still protesting.  Hey, this is my world I live in.  You don’t know what it’s like in here.  It’s difficult.  There’s lots of people all talking at once, everyone has an issue or a murder that needs solving, a romantic match that needs to be made, or a mountain lion that needs killing.  It’s sheer chaos and my Fairy Godmother ain’t a whole hell of a lot of help.  So cut me a break while I try to get over my need to protest the Outlook change and get on with my life…and with blogging.


Well, now that we have that outta the way, what do I talk about?  Hmmm…I remember a number of you have said to me over the last couple weeks, “You should blog about that.”  Yeah.  Unfortunately, that’s all I remember.  So I guess I’ll talk about something that is near and dear to my heart…airplane etiquette.  Huh?  You heard me…airplane etiquette.  Surely you’ve been on an airplane, shoehorned into that tight little seat with your tray down and a lovely drink in front of you only to have the guy in front of you throw his seat back into reverse and threaten to dump your drink in your lap.  So you scramble to save the drink with images of standing in the aisle in your new jeans looking like you’ve peed your pants while you choke the man in front of you to the floor.  The flight attendant is screaming, passengers are standing and pointing…well, they’re trying to stand, but keep hitting their heads on the overhead.  Somebody can be heard over the uproar shouting something that ends with TSA.  The other flight attendants are climbing over seats to get to us because the aisle is full of passengers standing and pointing.  The over-zealous guys in the emergency aisle are flexing and preparing to remove the 50-lb door.  The pilot is desperately trying to accommodate the weight shifts as everybody on the plane leaves their seat and lunges to the aisle in a desperate attempt to prevent a murder.  As the plane veers from left to right, a loud banging can be heard from inside the can where some poor unsuspecting soul is being bounced from wall to wall with his/her pants down around the ankles. 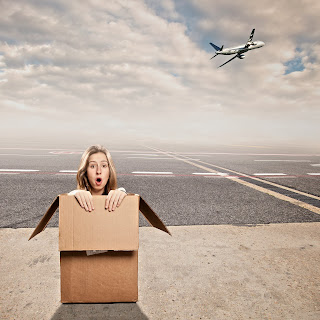 No need for airplane etiquette?  Are you kidding me?   Next time I 'm gonna pack myself in a box!  I actually think there should be a seat reserved on every flight for the guy who enforces airplane etiquette and since we’re in the air and it can be tough to enforce rules without police backup, I think he should be given a gun and the authorization to use it on anyone who breaks the rules.  Plain and simple.


Okay, so maybe that’s a little over the top, but I fly quite a bit and I’ll tell you there is nothing more miserable than a flight where the rules are being broken or where there is someone who is into the whole “me” thing and not the good of the whole.  Now, don’t get me wrong…I believe in everyone pulling his/her fair share and I believe in the rights of the individual, but when you’re in a little tin can twenty thousand feet in the air with one hundred and twenty total strangers and three shrieking babies, I think there are rules that should be followed.  And here’s my list…


·         Women over 60 get to use the bathroom first.  The only exception is kids between 2 and 10…under 2, they are probably wearing a diaper and over 10, they are so anxious to prove they are adults—might as well start now!


·         Seats should be frozen in place by the airline so they cannot recline.  Either that or there should be a rule (enforced by the rule guy with the gun) that the seatback can only be reclined if there is no one behind you.  After all, if no one can recline their seat, everyone gets the same amount of space…the amount of space they paid dearly for.  However, the guy with the gun must be trained to have the offender pull his seat forward before shooting him or the person behind him gets stuck with traveling the rest of the way with the seat back because dead weight would be impossible to handle in those tight quarters. 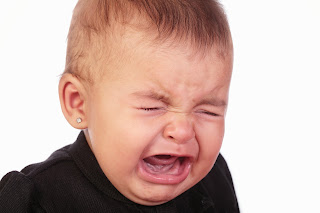 ·       Screaming babies…well, I will admit this was a tough one for me because I have a tremendous amount of respect for young parents traveling with small children and babies.  I’d rather have a lobotomy than have to do that again!  So what do we do with them?  Well, maybe we could get someone to invent a soundproof partition that could be wrapped around the seat or perhaps a sound-proof section (sorta like a downscaled version of first-class) where the travelers with children under 5 are seated.  Make it big enough to hold them all…maybe 1/3 of the plane.  And then the rest of the seats in that section can be filled with the late arrivals…you know, the ones that hold up the departure of the plane so you sit in that hot plane on the tarmac for a half hour while they arrive late, find a space half the size of their bag and cram it in, breaking your favorite ceramic pot you are carrying home from Aunt Clara’s house, then they smack you in the face with their elbows as they climb over you to take the empty window seat.  Yep, next time they get to fly in the screaming babies section.


·         Ipods that can be heard by anyone other the wearer should be confiscated.


·         Bags over 75 lbs should be prohibited in the overhead bins.  I’ve dodged some pretty heavy luggage coming out of those overheads and I think just because the body builder can carry it on and he got it into that carry-on size bag, that doesn’t mean my life should be put at risk every time he needs to get a tissue or a protein shake out of his bag stowed overhead. 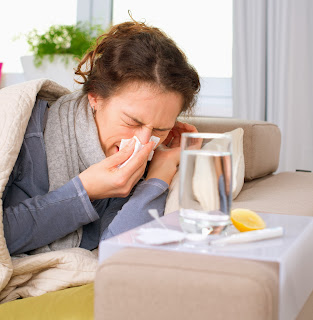 ·         And then there is the sneezer!  Well, this is probably the one that frustrates me the most.  Medicate, people!!!  Anything you take on the plane with you will be shared immediately and intimately with everyone on the plane.  So do whatever you can before you get on the plane to spare the rest of us your misery…and for Heaven’s sake, have tissues!  Sneeze into something like a tissue or a paper bag over your head…and if I’m sitting behind you, your armpit probably isn’t the best choice.  At the risk of sounding callous, perhaps we should expand the size of the screaming babies compartment to also hold sneezers.  After all, those babies and young children are pretty much little germ factories anyway.  Okay, I see you glaring at me…maybe we just add a sneezer section too.  Got a screaming baby?  You go to the Screaming Baby Section.  Got a cold?  On you go to the Sneezers section.  Or maybe we should give sneezers masks to wear...first sneeze, you get a mask.  But for the love of Pete, if you have to sneeze and have been so thoughtless as to not prepare for it, put your head between your legs and sneeze on your seat!  Do not sneeze on the top of my head as you make your way behind me to your aisle seat, do not turn your head away from the woman in the window seat to sneeze on me in the aisle seat, and do NOT wipe snot all over your hand and then expect me to hand you your drink when the stewardess can’t reach you…it ain’t happenin’. 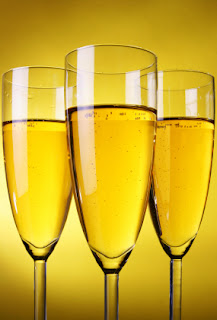 And in the absence of all of these enforceable rules, I think airlines should be forced to serve alcoholic drinks free of charge.  After all, if I have to risk a riot in the aisles over a seat back, or wait a half hour to use the restroom, or listen to rap music through the headphones of the kid in the next seat, or put up with the headache caused by the shrieking baby that’s kicking the back of my seat, or dodge heavy luggage…the right to medication should be included in the price of my ticket.  In fact, maybe there should be some way the airline can flag those who don’t follow the rules and charge them a surcharge the next time they fly…or maybe I get charged less the next time because I followed the rules.  A surcharge to those who don’t follow the rules would pay for reconfiguring the planes to create a screaming babies section, or to lock down the seat backs, or to add a storage bin for the confiscated Ipods.


And…just so something productive comes out of this blog…if you are ever seated next to a child who is suffering with his/her ears during takeoff or landing, suggest to the parents that they have the stewardess give them two plastic cups.  Have the child hold a cup over each ear, open side against their face.  Somehow, this helps to ease the pressure change.  Trust me, it helps.  And if it is a baby, you can help to ease their distress by plugging their ears with your fingers…just push the little flap over the ear closed and it will help.  Stewardesses used to tell us that on flights, but I haven’t seen them do it in years…probably one of those issues about providing medical advice.  So know this…I am not giving medical advice…I am just trying to help us all enjoy the flight a little more and avoid the possibility that some deranged passenger stalks you off the flight.  J


So…now that I’ve proposed a solution to some of the issues associated with flying, what’s yours?  Got a horror story or a solution you want to propose?  I’d love to hear it!