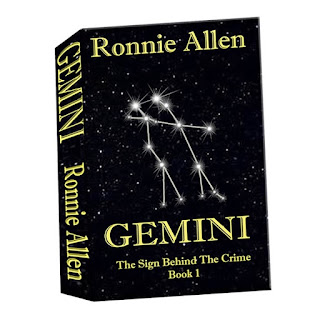 
Thank you so much for hosting me today. This is an excerpt from GEMINI: THE SIGN BEHIND THE CRIME, BOOK1, with the protagonist, forensic psychiatrist Dr. John Trenton and his love interest, Vicki, on their first date. Black Opal Books released Gemini on June 6th. This is the first time I’ve revealed this excerpt. I hope your readers like it.


She returned moments later with their drinks and a basket of fresh, right out of the oven, piping-hot, steaming sweet rolls, and two-ounce cups of cinnamon butter. “Enjoy, y’all.”

“Thank you. They make them from scratch here.” Vicki helped herself to one, almost dropping it. “Yikes, that’s hot.” She tore the soft, fragrant roll apart, gently collapsing it in her fingers, and spread a tiny amount of cinnamon butter on a small piece. Then, with the smile of a temptress, she slipped it into her mouth, enticing him. “That’s so good.”

“Now who’s starting?” He enjoyed her playfulness. He adored her softness and innocence. She was angelic. John grabbed a roll, ripped it apart, spread it with the butter, and popped it into his mouth. “Oh God, this is good. Really good.” He downed the remaining part of the roll in less than a minute. He could relax with her, not be on edge. He could just be a man with Vicki without the tough upscale image he had to uphold in New York.

Their dinners arrived and her plate overflowed with the ribs and enough mashed potatoes for a few heavy-weight Sumo wrestlers.

“You’re going to eat all that? Don’t you even think it. And you needed the extra bacon? Really?”

“John, I didn’t start yet, and the calories only count if you consume them. And I just like a little of the bacon for flavor. And—who died and left you my boss?”

“So you only eat healthfully all the time?”

“Ninety-five percent. I work too hard in the gym, but I’m sure tempted to make an exception down here.”

He dove into the chicken while she teased him with the ribs. She broke one apart from the rack on her plate. The meat fell apart with her touch, and the tangy and sweet sauce spread onto her fingers and around her lips. She nibbled on a rib, moaning with satisfaction. Bite by bite, the meat came off the bone as she devoured it. Then she slowly licked it down to its barren white core with her saucy tongue and held the bone by her teeth as it dangled from her lips, giving him the distinct signal that she was ready to be consumed by him, tonight. He didn’t need to be psychic to understand that one.

Laughing, he dug into her plate with his fork and helped himself to two ribs. “You better feel honored. I don’t play ‘Have Fork Will Travel’ with just any woman.”

The owner of the restaurant, a woman in her forties, approached the table. “Hi, Miss Vicki! How are y’all enjoying dinner? Everything yummy?”

“Good. Send my regards to your father.” Sally walked off to another table.

“Do you come here often?”

“Yes, but everyone here in the county knows me.”

“Does that bother you?”

“No. Not at all.” But deep down inside, he was knocked off his throne.

“Betcha just can’t eat just those two. These are addicting.”

He chomped on the ribs without taking his enraptured eyes off her. “Oh man, these are good. Order more. I can see how my father gained so much weight down here.” He winked at her and she blushed again. “You really have to tell me what that’s all about later.”

“What what’s all about?” She knew darn well. She stopped dead in the middle of salivating on a rib, receiving his signature look.

Here is the video trailer of Gemini


Both psychic and clairvoyant, Dr. John Trenton is a forensic psychiatrist who has a wife he worships and a position as a department head at a hospital for the criminally insane in Manhattan. His patients—young adult men, who are some of the most psychotic and psychopathic criminals in NYC—enable him to live his life on the edge, just the way he likes it. Then he meets a woman who changes everything.


Stripper by night, school psychologist by day, Gemini obsessed Barbara Montgomery, makes a critical mistake and is committed for seventy-two hours of observation, where she risks it all in an unnerving escape. Furious with Dr. Trenton for interfering in her life, she is now determined to kill his wife and unborn child, along with everyone else who has ever caused her pain—real or imagined.

As the killing spree continues, John is forced to use all his ESP, as well as his knowledge and expertise, to interpret this psychopath’s Gemini obsession and unravel her dark and murderous past. But can he track her down and bring her to justice—before she destroys his world completely? 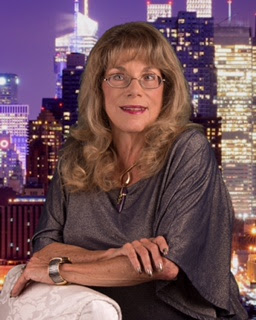 Ronnie Allen is a New York City native, born and bred in Brooklyn, New York, where she was a teacher in the New York City Department of Education for 33 years including the obtaining of a New York State license as School Psychologist. Her various roles included classroom teacher, staff developer, crisis intervention specialist, and mentor for teachers who were struggling. Always an advocate for the child, Allen carries this through as a theme in her novel Gemini, with the reader seeing the horrors of child abuse through the eyes of three characters.


In the early 1990s she began a journey into holistic healing and alternative therapies and completed her PhD in Parapsychic Sciences in 2001.

Along the way, Allen has picked up many certifications. She is a Board Certified Holistic Health Practitioner as well as a crystal therapist, Reiki practitioner, metaphysician, dream analyst, and Tarot Master Instructor. She has taught workshops in New York City and in Central Florida where she now lives.

Combining a love of the crime genre and her psychology background, with her alternative therapies experiences, writing psychological thrillers is the perfect venue for her.
Posted by Lexi Post at 7:00 AM

Email ThisBlogThis!Share to TwitterShare to FacebookShare to Pinterest
Labels: Gemini, Ronnie Allen, The Sign Behind The Crime