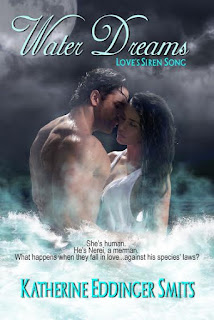 LUCK
We all know what luck is, right? It’s the random events that either help or hinder us in our pursuit of our dreams. Some of us feel that we have good luck and some of us believe our luck (ok I just can’t resist) sucks. I have heard people say, “If it weren’t for bad luck, I wouldn’t have any luck at all.” Other people tell me, “I can’t lose. I’m hot, hot, hot.” But for most of us, luck seems variable. Sometimes it’s good. Sometimes it’s bad.


Sometimes it’s hard to know if luck is good or bad. It all depends. I heard a great story once about a farmer who told his neighbor that his son had been injured. “Oh no” the neighbor replied, “That’s terrible luck. He won’t be able to help with the harvest.”


The farmer answered, “Maybe bad, maybe good. When the army came to conscript young men, they didn’t take him because he couldn’t walk.”


“Maybe so, maybe not. Because he couldn’t walk…”


I don’t remember the rest of the story, but the point was that for everything that seemed good or bad, there was another way of looking at the situation that changed the meaning of it.


When something happens to us, we often don’t know if it’s good or bad. I published my debut novel, Water Dreams August 2015 with a small publisher who had been around several years and who I thought would be a great fit for me. Ten days after the release date, the publisher declared bankruptcy, closed their doors and my book disappeared from the world. I didn’t even have a chance to buy a print copy for myself because the print release was scheduled for about six months later.


It was bad luck. A completely unforeseen circumstance that impacted me in a negative way.


But here’s the thing.


On June 6, 2016, my book was released again, by another publisher. I spent some time submitting it to publishers and fixing some problems they pointed out to me. When I found Foundations, LLC, I knew this was the publisher for me. They are new and provide tremendous marketing support to their authors, something most traditional publishers do not do. I was able to keep the original cover, which I loved, because my cover artist is working with the new publisher. Less than a year later, my book is back in the world and I have a print copy with more to come.


There’s one last thing I would like to say about luck. Finding a four leaf clover is traditionally considered a sign that you will have good luck. Since four leaf clovers are rare, when you find one, it means your luck is good. However, four leaf clovers are actually not that rare or hard to find. Everyone thinks they are, because that’s what they have heard and so no one looks for them. Because no one looks for them, no one finds them and that makes everyone believe all the more that they are rare. They are actually pretty easy to find. Try it. Most of the time, if you look, you can find one in a matter of a few minutes of concentrated searching. The same is true with our cherished dreams. We think we will need extraordinary luck to find what we wish for and that it is rare and hard to find. We think events work against us and hold us back. The truth is that whatever happens is neither lucky or unlucky. It all depends. It depends on how we look at it and how we react to it. When we hit what we think is a rough patch, we can give up and quit, or we can shrug, think “maybe not” and try again.


I hope you all find your clovers and never give up on your dreams. A lot of luck is what you make it.

For a chance to win one of two $5 Amazon Gift Card, leave a comment below. Winner will be chosen next Sunday. Speaking of luck...Good luck!

Eventually, Bas woke up. One minute he lay loosely in Nik’s arms, half-floating, half propped up. The next moment he was awake with his face a fraction of an inch from hers, looking intently into her eyes. Nik knew what was about to happen. She could have stopped it, but she didn’t. Bas leaned forward and gently kissed Nik on her lips, which had dried and cracked from the long immersion in salt water. His were soft, full, and tasted like oranges. She could have sucked on those lips all day. She thrilled with an immediate, exponential, and overwhelming reaction. Nik jerked away from Bas. Holding her hand to her mouth, she stared at him.
“What the hell was that?” Nik knew it was a kiss, but she didn’t want to believe it had happened. She had never had that kind of reaction to a kiss before. She never wanted to experience it again. It made her feel wildly out of control and blissfully insane. She never wanted it to recur, but at the same time, she desperately wanted it to happen again, immediately. Then Nik thought about Rowan and her feelings for him. She decided she must be the biggest jerk in the world.
Bas had recoiled from Nik at the same moment she had pushed back from him, like two magnets repelling each other. They no longer touched. Bas looked as horrified as Nik felt. They stared silently at one another. She couldn’t think of a single word to say, and apparently, neither could he.
Then Nik heard strange, echoing cries. The sounds seemed to come from below them. She shook her head in confusion, trying to make her ears do a better job of locating the noises. She couldn’t figure out which direction the noises originated from, but her ears had not deceived her. Soon heads popped up all around them. The Nerei had arrived.
Most of the Nerei were unfamiliar to her, but Nik recognized Deme and one other, the first to make eye contact with her.
“Finally,” Nik said to her. “Now you can take care of him and I can go home.” The Nerei was a female Nik had seen before—she was the woman Nik had seen with Bas at the Epiphany celebration, the woman she had assumed was his mother.
She looked at Nik, her expression neutral. Nik had the sense the Nerei thought Nik pathetically slow-witted. Nik guessed she was, compared to the Nerei.
“How do you propose to transport yourself to land?” The Nerei asked Nik.
The Nerei was right. Nik was out in the middle of the ocean, exhausted, dehydrated, and lost. Without help from the Nerei, she would die within hours. While this sank into Nik’s muddled brain, the other Nerei took hold of Bas and began swimming away. Nik realized they intended to leave her there.
“Wait,” Nik called. “What about me?” 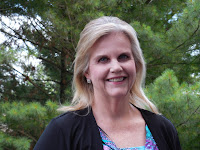 About Katherine:
Katherine Eddinger Smits grew up in Tarpon Springs, Florida. Although not from a Greek background, she fell in love with the Greek culture of the town and its close-knit families. Although she moved away years ago, she still visits Tarpon Springs frequently to visit old friends and classmates, walk the beaches or shop and eat at the Sponge Docks.


Katherine started writing stories in grade school and always intended to write novels someday. However, she put off writing fiction while she raised her family and worked as a clinical social worker at four different Veterans Affairs Medical Centers around the country. Although she was devastated to learn that her first career choice—mermaid, was not realistic, Katherine found helping veterans and their families fulfilling, and managed to squeeze writing into her life. Whether it was writing clinical assessments, creating brochures for social programs, or putting together newsletters for clubs and organizations, she always had some kind of writing project in the works.

Katherine lives with her husband in Homosassa, Florida and Falling Waters, West Virginia. They have a son and daughter-in-law who reside in Chesapeake, Virginia and a daughter in Alexandria, Virginia.

You can catch up with Katherine by clicking any of the following links: