Hey guys, good to see you here one more time.  I missed ya!

Okay, my last blog was on stupidity, and when I get on a rant, I don’t give up easily.  LOL  So when stumped for a topic to blog about this week, I went out and researched quotes on stupidity.  I’m sad to report that it must be very alive and well because there were lots and lots of quotes—some serious, some boring, some funny.  So I’m gonna try to skip the boring ones, go light on the serious ones, and have fun with the funny ones…cuz who don’t love a stupid story?

The first one I ran across was a serious one, but it is sooooooooooo true!

The difference between stupidity and genius is that genius has its limits.
~Albert Einstein

Albert Einstein was a smart man who, sadly, apparently encountered plenty of stupidity.  Guess that’s something we have in common.  LOL 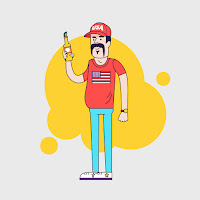 It is a wise man who knows where courage ends and stupidity begins.
~Jerome Cady

I’m pretty sure this behavior was immediate preceded by the statement, “Here, hold my beer and watch this.”  We all know how that one ended…something blew up and someone wound up with either a concussion, a nail in his head, or smashed nuts.  Don’t kid yourself…stupidity is not a victimless crime!

In keeping with the insanity of this year’s election, I even found a quote on stupidity in politics.  I know…say it ain’t so!

In politics stupidity is not a handicap.
~Napoleon Bonaparte

Yep, there’s even stupidity among those we elect to office...and it’s not a new thing ‘cuz this guy died in 1821.  By my calculation, that would make stupidity almost 200 years old.  Hmmm…I wonder exactly how old it is.  In any case, it sounds like this year’s election doesn’t have the market cornered on stupid.

Okay, I was starting to feel a little bad about making light of stupidity…after all, some people can’t help it.  But then I found his quote…

Stupidity is also a gift of God, but one mustn't misuse it.
~Pope John Paul II

Seriously?  Even the Pope got in on it?  I think this one goes back to another quote I heard years ago that went something like this…”God must have loved stupid people because he sure made a lot of them.”

No ugly letters or emails, please.  Just funnin’.  Besides, I didn’t make these up…so don’t shoot the messenger.

Okay, so here’s another one that I’m pretty sure generally involves large quantities of alcohol.

We never really know what stupidity is until we have experimented on ourselves.
~Paul Gauguin

Has anyone read any of the stories about men who try things out on themselves?  If not, there’s a link at the bottom of this blog to another site with a fabulous story about a man who tried out a Tazer on himself.  You’ll have to check it out!  It will make you cry, it’s so funny.  Not sure if this particular story is true or not, but you know someone somewhere did this. You know they did!

Okay, those are some of the more serious quotes.  Now here are some fun ones I found.

Scientists say the world is made up of Protons, Neurons, and Electrons.
Hell, they forgot to mention Morons.
~Aunty Acid

Don’t you love Aunty Acid?  I do!  She’s so sarcastic…and here’s another one of my sarcastic heroes.

Do I call a doctor if my date’s stupidity lasts for more than 4 hours?
~ Maxine

Hell, I’ve been on that date!  Really.  If I’m lyin’, I’m dyin’.  Those of you who know me know it’s the truth.  Four hours of stupid ain’t nuthin’ for some of the guys I’ve been out with. 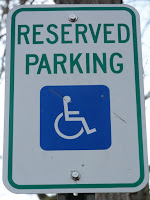 Stupidity is NOT a handicap!  Park elsewhere!
~found on ifunny.com

Although I might argue that stupidity IS a handicap…just not one they issue parking stickers for.


Okay, here are some more funny quotes that speak for themselves…

I’m pretty sure if I smacked the stupid out of you, there wouldn’t be anything left.
~found on quotesgram.com

Without stupid people, we would have no one to laugh at.
~found on pinterest.com

I’m not saying you’re stupid; you just have bad luck when it comes to thinking.
~your ecards

Stupidity should be painful.
~unknown

I really like that last one.  Just picture it…sorta like the Tazer thing…be stupid, get zapped.  Not sure it’d stop some of them, but it might make it more fun to watch.  LOL

Never argue with stupid people. They will drag you down to their level and then beat you with experience.
~Mark Twain

Easy peasy…don’t argue.  Walk away.  Ignore them.  I know…I can’t either.  But it’s good advice if you have the willpower. 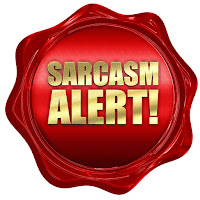 Okay, for those times when you simply cannot walk away…someone is too stupid to live...there is a legitimate response.

I’m allergic to stupidity.  I break out in sarcasm.
~unknown

It shoulda been me that said that one because I’m definitely allergic, and sarcasm is my go-to response.  Sometimes it pops right outta my mouth and sometimes (when I’m in better form), it results in the eye roll.  When it’s totally stupid and or hurtful or interfering with my life, I break out the stink-eye.

Now, I’d like to tell you there is a cure for it, but there’s not.  In fact, I found this quote, which means it’s even worse than I’d thought…

Now, that’s just sad.  No cure AND no rehab?

So there it is.  In a nutshell, we’ve learned that stupidity has no limits, it can be found beyond where courage ends, it’s not a victimless crime or a handicap in politics, it’s a misused gift from God, it requires experimentation by Morons, a doctor should be called if it lasts more than 4 hours, it should be painful, it’s not curable and there’s no rehab.

Is there at least some sort of treatment for the symptoms that isn’t found in the Smith & Wesson catalog?  Nope.  Not really.  But one smart gal has a recommendation that I plan to adopt right away.

I really need to stop saying, “How stupid can you be?”  Some people are starting to take it as a personal challenge.
~your ecards


And don’t go thinking that “hair of the dog” is gonna help either.  I think this guy mighta tried that once, otherwise how would he know this?

If Stupidity got us into this mess, then why can't it get us out?
~Will Rogers

He tried it...you know he did.  I wonder if there's video somewhere.  Probably not...no cell phones back then.

So…always be aware of your surroundings, be alert, and don’t dawdle when you run errands.  They just might be waiting in the parking lot, at the convenience store, at the bank, in the coffee shop, or even in your own household.  And remember…the only treatments are avoidance, sarcasm, and the stink-eye.  Don’t be afraid to use them!

That’s my story, stinky and stupid, and I’m stickin’ to it.  So hang on tight now, ‘cuz we’re gonna go real, real fast!

I promised ya’all a story about a Tazer…here’s the link.  But don’t forget to leave me a comment before you go!

http://www.dailycognition.com/index.php/2009/02/21/story-of-husband-who-self-taser-ed-himself.html
Posted by Kayce Lassiter at 4:16 AM