Have a Very RED Christmas! 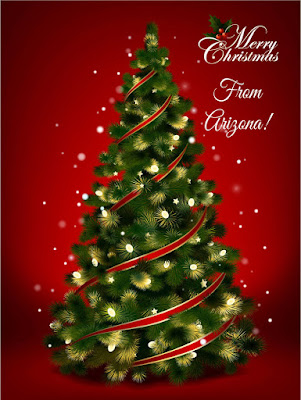 Hey, ya'all.  How is everyone today?  I'm doing great.  Got my tree in the stand this morning and the outside lights up this evening.  So I'm almost ready to go...as soon as I can find those stupid extension cords that keep hiding from me.  I will never understand how the hell a 100' bright orange extension cord can get lost, but it manages to elude me every stinking time I need it.  And I have at least three other cords that are 25' and 50' long...can't find those damn things either.  It's starting to become a Christmas tradition at my house...get the boxes out of the barn, test the lights, hang the lights, spend a week looking for the damn extension cords.  ARGH!

Okay, so I got to thinking about Christmas, and gifts, and Christmas lists.  So...what's on your Christmas list?  I don't usually make a list, but I try to always have an inexpensive gift idea or two at the ready, just in case some random stranger wants to put a little something under my tree.  I think it's important to be prepared.  LOL

So, I was a single parent from the time my son, Dustin, was four months old, and when he was young, he would draw me pictures or make me macaroni art for Christmas.  Then as he got a little older, his father would sometimes help him make things for me out of wood or whatever was at hand.  The idea was to keep the cost low, but still show his love by giving something he made himself.  I loved it! In fact, one of my favorite gifts ever was a gas funnel made by punching a hole in a metal coffee can and welding a metal pipe onto it.  That was truly a one-of-a-kind gift, and I am still bummed to this very day that it somehow disappeared.  I'm pretty sure it's because it was such a thoughtful and clever gift that someone had gas funnel envy.

Then, as Dustin got a little older, he started wanting to buy me Christmas gifts.  Oh, I'd still get the wonderful homemade Christmas cards, but he would hit me up for a ten-spot to buy me what he considered a "real" gift.  So I'd usually give him a ten and turn him loose in the store, and every year my request was an electric can opener.  Yes, you read that right...every year.  You see, electric can openers were very inexpensive at the time and it was a gift you could get for under $10...and I really wanted one.  So the first year I thought of the can opener, I was excited...that would be something perfect, something I wanted, and the price was right.  So Christmas morning came, and there was no can opener under the Christmas tree.  No matter, I decided I could live without the can opener a little longer.

So, the next year, the can opener was my request again.  And, again, no opener on Christmas morning.  You see, Dustin had decided that an electric can opener was a stupid gift, so he was bound and determined that he would get his mother something nice...something she really wanted.  LOL Well, this went on for years.  In fact, it became a standing joke by the time my son reached adulthood...and still, I did not have an electric can opener.  By now, it seemed like a cop-out to just go buy one.  So every year, I asked for the electric can opener, and every year I got a very nice gift, but it was not an opener.

Now I know you are laughing...and you're probably wondering what I did with three electric can openers. Well, I'll tell you.  I gave the silver one to my niece (who didn't have one), slid the white one into the back of the pantry as a back-up, and proudly put the brand spanking new RED electric can opener on my counter...which is where it still sits today...and I LOVE it!

It was at this point that I finally told Dustin to knock it off with the can openers because I was running out of storage space.  He laughed and I thought all was well at this point.  But, yes, I did forget that my son loves tradition, and he loves a good joke...and this joke was just too much for him to live without.  So last year on Christmas morning, I opened my gift and inside was a gorgeous RED coffeemaker...exactly like the gorgeous RED coffeemaker that I'd purchased for myself about a year before and still sat on my counter, making delicious live-saving coffee every morning.  YEP...he got me again! 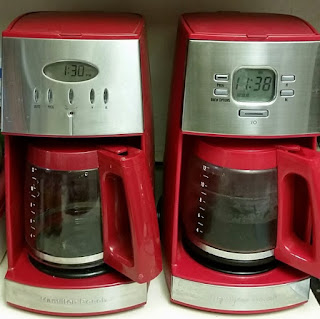 So now Christmas is upon us.  He did ask me this year if I wanted to stay with RED for my new coffeemaker, or did I want to switch things up.  I told him to knock it off with the coffeemakers.  I now have two identical coffeemakers sitting side-by-side on my kitchen counter, and no room for a third!  He chuckled, but it was sort of an evil chuckle.  So I figure I will either get a third RED coffeemaker, or he will find some other kitchen appliance to continue the joke.

Truth be known...I keep both coffeemakers on the counter so people will ask why I have two...then I get to tell the story, which is one I truly love...because I also love tradition, and I love a good joke.

May your Christmas be as fun and as loving, and full of family, food, jokes, and duplicate kitchen appliances as mine!  Stay safe, and have a ball!!! 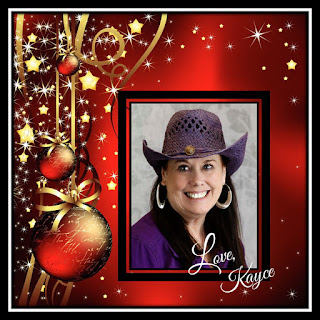