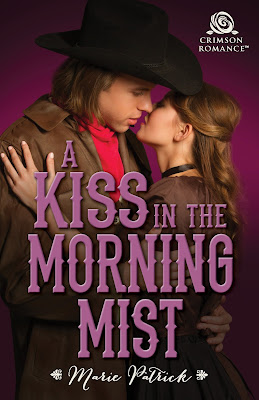 So, Marie, what made you chose this title for your new release?

Marie: Hmmm, good question. I choose A Kiss in the Morning Mist because 1) the farm where Eamon MacDermott ends up after traveling from place to place to outrun his past is called Morning Mist—so named for the mist that lingers over the farm in the early morning. I thought it was pretty and 2) Eamon and Theo (that’s short for Theodosia) share their first kiss in the morning mist. The third reason is that it’s in keeping with the first book in the MacDermott Brothers saga, which is A Kiss in the Shadows. The third book is called A Kiss in the Sunlight. Each book shows the progression the brother makes after the tragedy that sent them on their individual journeys—from shadow to mist to sunlight.

Marie: My writing process? I’m not sure there is one.  I will admit that my characters talk to me (and no, I’m not crazy…lots of authors hear voices in their heads!) Sometimes, they tell me their names, sometimes not, but they all have a story to tell (and it can be either the heroine or the hero…if I’m lucky, both will speak to me). If I listen (which I do) and ask them questions, they’ll tell me everything. Then it’s on to the research (I love researching!) and trying to see the characters surroundings as they see them. In the case of this story, it was Eamon, my hero, whose voice I kept hearing over and over (strangely, he sounded a lot like Sam Elliott, which, of course, prompted me to keep him talking!)

Lexi: Oh my yes! What was the funniest thing you did wrong when you first started writing?

Marie: I head-hopped. Yup. You read that right. And I was really good at it, too. So good, in fact, that I could head-hop three times in one sentence. Now that takes talent! Those early manuscripts had the dubious honor of being used as fuel for several bonfires. But I learned. I joined RWA and my local group and I learned not to head-hop. Now I make other mistakes that my critique partners are quick to catch.

Lexi: Does your pet help with your writing or distract?

Marie: Ha! The answer to that is both yes and no. As soon as I sit down at the computer and open my file, my German shepherd thinks it’s an invitation to play. Either she’ll sit in the living room, which is perfect for her to see me and me to see her and whine or give little yaps or she’ll sneak down the hallway (I call it her pussy cat walk because it’s quiet and sneaky and her nails don’t make any sound) and she’ll actually ‘throw’ one of her toys at me or stick said toy in my lap. It’s not so bad when it’s one of her stuffless stuffed animals but when she throws a bone at me? It hurts. She has great aim. Once I throw her toy for her a couple times, she’ll relax and lay on the futon behind me. Then she’s all ears and listens to my voice with rapt attention. She’s a great sounding board.

Lexi: What do you think everyone should know about your critique partners?

Marie: Oh my gosh, what should everyone know? Well, for starters, I have two (you know who you are). They’ve been with me for a long time. I adore them and cherish them and truthfully, I couldn’t write what I do without either one of them. They have encouraged me and believed in me (even when I didn’t believe in myself). I am honored and blessed to call them friends. They’re honest, but kind (when I write garbage, which I occasionally do, they’ll call me on it but always in the nicest way possible). I also have two beta readers who are fabulous…couldn’t do this writing thing without them, either.

Lexi: Thank you for chatting with me on the blog. I just love this new release of yours and I’m thrilled to be one of your critique partners 😊

Excerpt from A Kiss in the Morning Mist:

For the first time in a very long time, Eamon MacDermott could breathe easier. He filled his lungs with sweet, fresh air. The knot in his stomach unraveled a little, just enough to be noticeable, and guilt, his constant companion, eased. 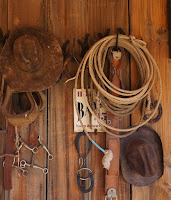 About Marie:
Marie Patrick has always had a love affair with words and books, but it wasn’t until a trip to Arizona, where she now makes her home with her husband and her furry, four-legged “girl,” that she became inspired to write about the sometimes desolate, yet beautiful landscape. Her inspiration doesn’t just come from the Wild West, though. It comes from history itself. She is fascinated with pirates and men in uniform and lawmen with shiny badges. When not writing or researching her favorite topics, she can usually be found curled up with a good book. Marie loves to hear from her readers. Drop her a note at Akamariep@aol.com, or visit her website at www.mariepatrick.com or chat with her on Facebook.
Posted by Lexi Post at 7:00 AM