Hey gang, how are ya’all?  Great, I hope!  Well, I have a fairly sensitive topic I want to talk to ya’all about today, and I hope you’ll take it in the spirit in which it’s meant—in love and frustration with the injustices and challenges in life. 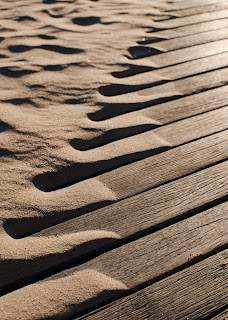 As a writer of fiction, I often find that there can be a fine line between fiction and reality.  So, is there also a fine line between different versions of reality?  Is one person’s reality another person’s fiction?  Or is reality nothing but reality—ever?  And why is it that not everyone experiences the same reality?  Because I can tell you for a fact that they do not.

There is a story that recently caught my eye—primarily because 3 of my closest friends sent me the link to it, knowing how close to home it would come.

My mother, who is a deaf sign language speaker, has been struggling with dementia, which is a terrible disease that steals minds, lives, and family members.  But inside the disease are those moments which are slices of time that make you go HUH?  And you don’t know whether to laugh or cry.  Ever been there?  No?  Then you haven’t taken a ride on the dementia train yet. Because one of the first things you find is that your reality is constantly being challenged, as hers is constantly shifting.

With my mother struggling with this disease, she has done some pretty wonky things that seemed perfectly normal to her.  Like the day she wanted me to find the scotch tape, so she could tape a paper sign to the stove burner telling the new caregiver not to use this burner.  Seriously?  We’re gonna tape paper to the burner we’re not supposed to use because you will get an electrical shock?  The burner works. You just get shocked.  She looked at me like I was nuts when I suggested we just put electrical tape over the knob, so it couldn’t be turned. I explained…paper on a working burner is NEVER a good idea, and what if the wrong knob was accidentally turned on? She stared at me like I’d lost my last marble and asked if we taped down the knob, how would they know which burner shocks you?

Hmmm…I got nuthin’. I had no answer for that question in her reality.  I let it go.

There was another day when I took her to the doctor to discuss the hallucinations she was having where people come to visit her, and they just sit there and stare at her while she talks to them.  She got mad when I brought it up to the doctor and said she didn’t want it fixed.  The shocked doc asked her why and she replied that the people who come to visit are “good company.” 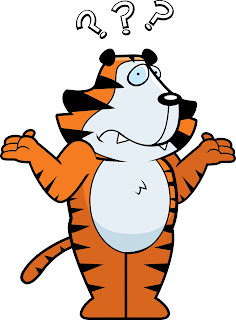 HUH.  Who knew?  I examined the issue further and said, “I thought they never talk to you.”

Her reality.  Not mine.

Again, I got nuthin’.  I can neither argue with, nor confirm that statement.

I’ll admit that there are days when I question my own sanity because the logic path she used to get to a conclusion almost seems reasonable.  Perhaps it’s me who’s actually living in a bizarro world.  It certainly seems that way at times.  Especially when my friends start sending me links to an article about a 92-year-old woman who shot her son because he wanted to put her in a nursing home.  Holy cow, that seems a little extreme.  The guy was 72 himself.  Perhaps she should have filed to have him put in a nursing home instead of going the bullet route. And while we’re thinking this through…who gave a 92-year-old woman access to a gun?

Now, I know that this is NOT a funny situation, but how does that family cope with the size and scope of that loss?  Who’s at fault?  Everyone or no one?  What’s the reality here?

I suggest it’s one of those impossible challenges that life puts in front of us—a challenge where there is no good answer…possibly all versions are reality—or none.  I hope I NEVER have to deal with anything like that, or am ever put in the position where my mind is so gone that I do something so horrendous to someone else.

So, yes, my gun is locked up and I’m sleeping with one eye open any time I stay the night with my mother.  She might look sweet, but I’m not her favorite child right now.

In the meantime, I’ll take whatever laughter I can get.  I have chosen to believe that as the disease steals her mind, God has given me some harmless moments of humor that will help me survive the loss of my mother.  So…if you have a friend going through this, give them the space and the freedom to laugh at the funny moments because the painful ones are somewhere in between the layers of reality, and we need the humor to get us through our ride on the dementia train.  Who’s to say which reality is the right reality, or whether there even is any such thing as reality?

So, lend your friend your shoulder and the benefit of your sane advice because reality, to them, is becoming a fluid situation, something they will begin to question. And who’s to say which is right—the shifting sands of reality or the folly of fiction?

And be sure their guns are locked away!

That’s my story, irreverent and inappropriate, as well as loving and tolerant, and I’m stickin’ to it.  Hang on tight now, cuz we’re gonna go real, real fast!