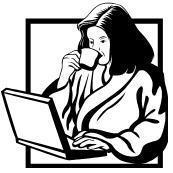 Hello, gentle readers! Hope you are all well!

This week, I’m going to talk about dealing with the unexpected. Now, you all know I live in the great state of – , actually. You know it’s hot here in the summer (if you’ve read this blog before, then you know I’ve complained about the heat. Seriously, sometimes, it’s like sticking your head in a blast furnace!). So, knowing this, you probably know how important it is to have an air conditioner in good working order when it’s 115 degrees outside.

Last Sunday, I was finishing up the dinner dishes when I realized how warm I was (now, this is not unusual….I’m often warmer than others and believe it or not, I can tell the difference in the house when the temperature goes from 77 to 78). So, last Sunday….as I said, I was finishing up the dishes and noticed that I was sweating. I shouldn’t be sweating when the temperature in the house is 77…so I looked at my thermostat and it was flashing (usually doesn’t do this) and the temperature was 84. And then….it died. The entire system just shut down. Not good.

I called the repair guy (fortunately for me, I just found a new company to do twice-yearly maintenance and I had a contract). Nothing they could do on a Sunday night at that hour, but I would be the first call on Monday morning. By the time Monday morning rolled around, it was 92 degrees in the house (yes, I had all the windows open and all the fans going, but it was still like living in an oven). I learned that I blew a fuse. No big deal. Fuse and connector board replaced, cool air blowing once again. Yay!

Not so fast….Wednesday, I noticed again the change in temperature from 77 to 78 then 79 then 80. Not good. Another call. Apparently, when the new connector board was installed, it made the thermostat go back to factory settings. Now, I never set all those different options. Never had to….set the thermostat on 77 and don’t touch it. I don’t need it to go up or down if I’m not home (one of the settings is “away” and you can raise the temperature if you’re not going to be home). I don’t change the temperature when I sleep either. Nope, I’m one of those….like I said, I set it and don’t touch it. However, reverted back to factory settings, the temperature was all over the place and I couldn’t make it stay at what I wanted. Got a new thermostat. A simple one without all the bells and whistles. There’s five settings. Cool, Off, Heat, temperature up, temperature down. That’s what I want. 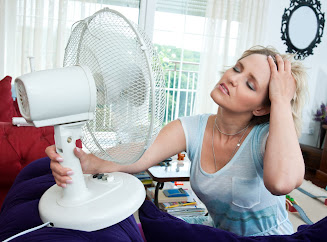 Thursday, it was nice and cool in the house and things were running fine. Friday afternoon, noticed it was blowing warm air and then, it stopped again. Really?!?!? After the horrible night I spent on Sunday (slept maybe two hours total while roasting in my house), I knew I couldn’t do it again (I was actually physically ill and light-headed from the heat). Didn’t want to do it again. And I worried about the dogs….they were hot, too! Thought about staying with a friend, thought about getting a hotel room, thought about just sitting on the floor and crying (though that’s not my way). So, called repair again. I was really lucky they could make it out that evening and fix the problem (simple fix, thankfully).

So, now, it’s Sunday and so far, so good, but I gotta tell you, I am so paranoid. I keep checking the thermostat, keeping putting my hand up to the register to make sure it’s still blowing cool air, keep listening for the sound of the air to turn on. But I’ve learned several lessons….one, and the most important, is to have a maintenance agreement on your system. Two, find people you trust who can fix these things when they break. Three, have a back up plan so you don’t have to live in an oven while you’re waiting for things to get fixed and the last thing I learned? It’s okay to cry when things go wrong. It relieves the stress of the situation. And that’s my sad story of the past week. Hope yours was much better!

Remember, spread kindness wherever you go. A smile can go a long way (even with your mask on). Stay safe, stay well.