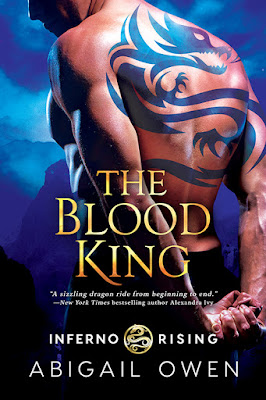 
“What could be better than a smoking hot dragon shifter and a kickass phoenix? Throw in complex world building and a sizzling attraction and you have a sizzling dragon ride from beginning to end.  A fun, thrilling romance for anyone who loves paranormal.”  ~NY Times Bestselling Author, Alexandra Ivy

Ruthless dragon king Ladon Ormarr must keep his throne—and his people—safe from the cruel High King at all costs. With war on the horizon, he’ll need a miracle to protect his clan. Luckily, the fates have dropped the irresistible Skylar Amon right into his lap.

Or so he thought. Because the last thing this phoenix wants is him.

A phoenix mate is the ticket to securing his throne, but this fiery Amon sister detests Ladon, doesn’t stick to protocols, and regularly offends his warriors and advisers.

Skylar also has no intention of sticking around, nor does she believe in the whole destined-mates thing. But if it means taking out the High King who murdered her parents, she’ll put up with the too-sexy-for-her-sanity Ladon…temporarily.

Their mating bond may make them want to tear off their clothes, but outside the bedroom…well, Ladon is positive the fates hate him. Just as he starts to win over the mercurial phoenix, everything goes to hell when the High King makes his final move. And Ladon will burn down the world to keep the mate he is unwilling to live without.

Skylar remained where she was on the floor, rubbing at her throat and glaring at the others with those bright, watercolor blue eyes. At least her skin had turned less sallow. Seconds ago, her pallor had him…concerned.

Ladon did his best to push adrenaline, along with the burning need to claim her immediately, down deep in his gut, though it tested the limits of his control. He gave the members of his guard—his closest friends—as well as the advisors who made up his Curia Regis, a sharp nod and waited in silence while they filed out.

Brand sat, too, saying nothing, probably sensing the dangerous edge on which Ladon’s emotions balanced.

“Damage my future mate like that again, and I’ll rip your arms out of their sockets.” The warning slid from Ladon. He couldn’t have held it back even if he wanted to. Not that he wanted to.

Still on the floor, Skylar’s back stiffened. “I’m not your future anything, asshole.”

“Not helping,” Kasia said pointedly, adding a glare at him for effect.

Shit. Where’d his control go? He’d just been telling himself to cool it with the claiming language. Ladon clamped down on more words.

Kasia held out her hands and pulled Skylar to her feet, allowing Ladon a view of Skylar’s face. His body tensed in reaction. Now that he had a chance to study her, he couldn’t deny her beauty. Darker and sharper than her sister, those glacial eyes a striking contrast to her midnight hair, her skin a darker shade than Kasia’s paleness, and those lips…

Kasia focused on her sister, her gaze settling. “I love you, but you got this totally wrong.”

Given her attitude so far, Ladon waited for an immediate rejection, but Skylar didn’t speak for a long beat, searching Kasia’s eyes. “My sources informed me that a rogue dragon kidnapped you and dragged you here to mate you to a king. Brand is the rightful King of the Gold Throne, right? He killed Uther, and apparently at least some gold dragons now bear Brand’s mark on their hands, which makes him king. A king you’re mated to. Am I wrong?”

Kasia sent a smiling glance at Brand. “You got it mostly right, but what you missed was that I didn’t mate the king I was intended to.”

Ladon held her glance with an unaffected stare, hiding his reaction. Why the hell was her insulting him so amusing? 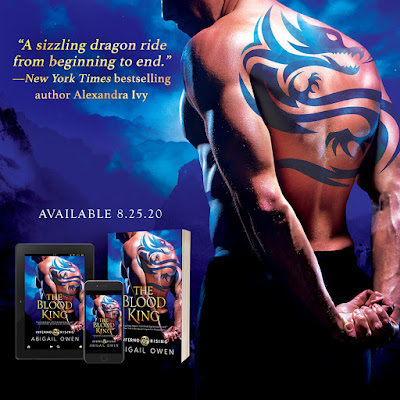 Love the kings and clans of the Inferno Rising series? Wonder what’s happening over in the colonies where Enforcers protect and defend dragon shifter’s way of life? Check them out in Abigail’s Fire’s Edge crossover series! 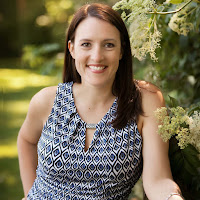 Award-winning paranormal romance author, Abigail Owen, grew up consuming books and exploring the world through her writing. She attempted to find a practical career related to her favorite pastime by earning a degree in English Rhetoric (Technical Writing). However, she swiftly discovered that writing without imagination is not nearly as fun as writing with it.

No matter the genre, she loves to write witty, feisty heroines, sexy heroes who deserve them, and a cast of lovable characters to surround them (and maybe get their own stories). She currently resides in Austin, Texas, with her own personal hero, her husband, and their two children, who are growing up way too fast.