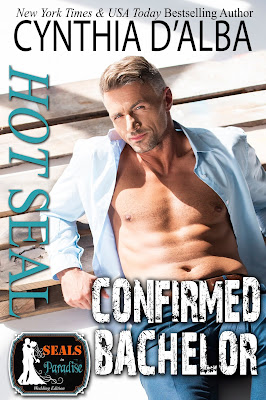 When a Navy SEAL runs into an obstacle, he climbs over it, under it, around it, or destroys it. So what if it's a woman?

Master Chief Benjamin Blackwell has it all. Adventure, good looks, skills, and women. His life is perfect and he has no intention of changing a thing. Until her.

Holly Maxwell is a sexy woman unlike anyone he’s met before. A widow for ten years, she’s happy with her life even with the trials of raising a pre-teen daughter, and being the only girl in a nosy, boisterous family of Coronado cops.

But what makes her so inexplicable to this Navy SEAL is her total lack of interest in him.

As he headed home, the ocean waves were off the hook and calling his name. Serious surf time climbed to the number one spot on his list eliminating everything else.

After grabbing his gear, he headed down to Coronado Beach to surf there while he could. Come Memorial Day, no surfing there until after Labor Day.

Within an hour, he was stomach down on his board and paddling through waves. He was stoked.

Far enough from the shore to catch a ride, he sat upright and waited for the perfect wave. The first wave wasn’t just perfect, it was bomb and he lived for those. Backpaddling like crazy, he caught that bad boy and was up, shredding it for all he was worth, thanking his lucky stars this wasn’t a party wave. All to himself. A dream come true.

As he cross-stepped, and carved his way through this massive wave, every real-world problem evaporated. He was in the moment and loving it.

Down a short way, another guy—a total grommet—was trying to surf. His technique—if he could call it a technique—was choppy, a little spastic, and hesitant. More than once, the grom wiped out more than he rode. A newbie who could use some serious lessons before he hurt himself or another surfer.

Benjamin thought momentarily about offering advice, but didn’t. Some guys didn’t take suggestions well and frankly, he wasn’t out here to teach surfing. He was here to do surfing.

After a few incredible rides, he carried his board onto the sand, and for the first time that day, looked around. To his surprise, the beach had grown heavy with beachgoers, not that he should be surprised. A beautiful Sunday with sun and waves. Who could ask for more?

Behind him, the Coronado Beach lifeguard ATV made its way slowly along the top of the beach, the rider watching the ocean and sand activities. Benjamin had gotten to the beach a little after the lifeguards had come on duty, but he rarely paid them much attention. He figured he was one fewer person they had to watch.

At that thought, he looked toward the ocean to see how the newbie was doing. Looked like he was getting the paddling into the wave down. Now to stand. He got upright momentarily, then Benjamin rolled his eyes as the guy flipped off his board, his ass handed to him by a beginner wave.

Benjamin watched for the guy’s head to reappear. It didn’t. He dropped his board to the sand as he began making his way back to the ocean, his eyes scanning the surf. Probably nothing. Lifeguards surely had their collective eyes on this guy, too. Anyone could see he didn’t have the board down yet.

Then, the surfer’s head broke the surface. His arms floundered in the air. His head disappeared.

“Man down,” he shouted as he took off in a run, launching himself into the waves and moving toward the last place he’d seen the guy. His powerful swimming strokes moved him through rough water that would have slowed most men, but he wasn’t most men. He was a Navy SEAL.

The guy was nowhere to be seen when Benjamin arrived at his targeted destination. He whipped his head and body around looking for the guy. Nothing.

With a deep breath, Benjamin dove below the waves and began his search. The sand on the bottom churned in the relentless waves. He swam down and around. He’d been down for a good two minutes and he knew he only had a short time before he would have to go back to the top for a breath.

New York Times and USA Today Bestselling author Cynthia D’Alba started writing on a challenge from her husband in 2006 and discovered having imaginary sex with lots of hunky men was fun. She was born and raised in a small Arkansas town. After being gone for a number of years, she’s thrilled to be making her home back in Arkansas living in a vine-covered cottage on the banks of an eight-thousand acre lake. When she’s not reading or writing or plotting, she’s doorman for her a spoiled Border Collie, cook, housekeeper and chief bottle washer for her husband and slave to a noisy, messy parrot. She loves to chat online with friends and fans.
You can find her most days at one of the following online homes:
Website:          cynthiadalba.com
Facebook:        Facebook/cynthiadalba
Twitter:           @cynthiadalba 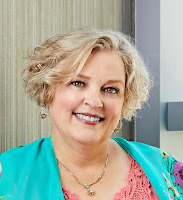 Or drop her a line at cynthia@cynthiadalba.com