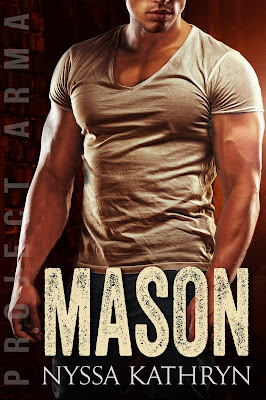 Falling for each other was never part of the plan...

Doctor Sage Porter has moved to Marble Falls to be the private physician for a group of men unlike any the world has ever known. But she has a second, secret reason for moving to the small town. A reason she can’t share with another living soul…Especially not the men under her care.Mason Ross is a born guardian. Protecting his team and their families comes naturally, and he’ll do anything to keep them safe—but what if the peril is less than obvious? Like the gorgeous doctor who’s caught his attention. She’s hiding something. And Mason is more than aware that secrets can be deadly, and sometimes the least likely threat poses the greatest danger.Getting close is a risk; both Mason and Sage have a lot to lose…including each other, if they can’t work together to survive the coming menace.

Sage was about to search for a dustpan when her flashlight landed on shoes.

When her muddled brain caught up to the fact that there was a living, breathing human standing directly in front of her, she let out a loud gasp before taking a hurried step back. The crunch of glass beneath her shoes had her attempting to lift her feet too quickly and losing balance.

The phone dropped from her fingers, throwing the room into darkness. She would have toppled over and fallen directly on the glass had she not been saved by hands on her upper arms.

They immediately pulled her upright so that her body was pressed to his. The hands were firm and strong but gentle.

She held her breath, almost too scared to breathe for the way her breasts pressed against his big chest. Heat radiated off him. And he smelled good. Really good. Musky and woodsy.

Slowly, big hands trailed from her upper arms to her waist. His hands were so large, they seemed to encompass her entire middle.

She should be scared. But she didn’t feel any fear. She felt something else. Something she couldn’t quite define.

Her hands went to his chest. But instead of pushing him away, like any normal person would do, they glided over the muscular ridges.

He was tall. So tall her fingers only touched his stomach and had to slide up to feel his chest.

Like they had a mind of their own, her hands kept exploring. Rising to his shoulders, where she felt their thickness. He was hard all over.

Slowly, her hands slid to his biceps. They were huge. But then, everything about the man felt huge.

Just then, the hand on her waist tightened. At the same time, she felt a thumb shift to the underside of her shirt, touching her bare skin.

That was enough to pull her out of the trance. He could be anyone. And he was touching her. His body was pressed firmly against hers.

Fear replaced any desire that had begun to build. Her heart sped up.

As if sensing her fear, the stranger immediately dropped his hands from her body. He took a step back, giving her the space she needed.

Only, once she had that space, she didn’t know whether she felt relieved or bereft.

Suddenly, the lights in the room flicked on, and for a moment she was blinded by the brightness.

Holy hell, it felt like she was looking directly at the sun.

Scrunching her eyes shut, Sage had to blink a few times before she could make out the large blurry figure by the switch.

He’d moved fast. One second he’d been touching her, the next he was across the room. And he hadn’t made a sound. Not that it should surprise her. She hadn’t heard the guy enter the building and walk right behind her.

Slowly, the fuzziness began to fade, and she realized the man wasn’t a stranger at all. She’d recognize those piercing blue eyes anywhere.

Mason. The man who sent hot flashes through her system and made her heart thunder whenever he was close.

She said the first words that popped into her head. “What are you doing here?”

She’d spoken the words quietly, but in the silence of the night, they sounded loud. Deafeningly so.

Mason took a step forward. “This is my business, Sage. Why don’t you tell me what you’re doing here?” 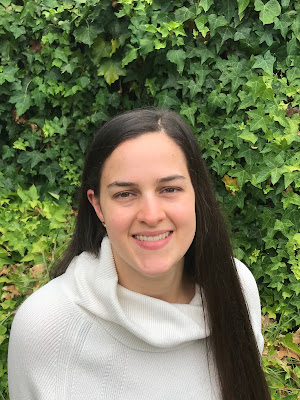 Nyssa Kathryn is a romantic suspense author. She lives in South Australia with her daughter and hubby and takes every chance she can to be plotting and writing.

Always an avid reader of romance novels, she considers alpha males and happily-ever-afters to be her jam.