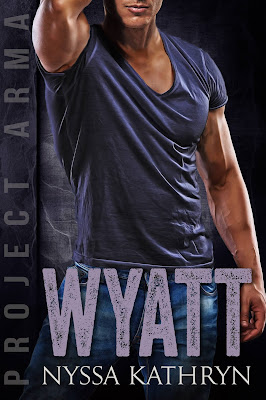 A story that could cost her everything…

Investigative journalist Quinn Ross isn’t a woman who can just let major news pass her by. So, when she stumbles across a story like no other, she makes it her mission to report it to the masses.

She doesn’t count on the lengths to which some may go to keep her story from seeing the light of day. When Quinn suddenly finds herself in need of escape, she heads straight for tiny Marble Falls and her brother, Mason.When he’s not running his company’s IT department, Wyatt Gray—former SEAL and co-owner of Marble Protection—spends every spare minute searching for those who betrayed him. The ones who turned him and his teammates into something beyond mere mortals. He doesn’t have time for distractions—but that’s exactly what he gets, in the form of his best friend’s sassy, spunky, sexy sister…who’s moved in right across the hall.From the moment they meet, Quinn and Wyatt’s chemistry is combustible. But they both have big secrets. Then there’s Mason, who may consider Wyatt a brother, but he might still kill him for lusting after his baby sister.But soon, none of that matters. When a killer sets his sights on Quinn, any chance at happiness with Wyatt may end before it’s had a chance to begin.

Quinn flicked her gaze from the TV to Wyatt, then back again.

The man wasn’t touching her. Not even close. In fact, an entire person could fit between them on the couch.

She’d sat down first, expecting him to sit close. He hadn’t. He’d sat down on the other end. At least a shoulder-to-shoulder touch would be better than the ridiculous distance between them.

Was it possible she smelled bad? She’d jumped in the shower as soon as she’d gotten home, but it had been quick. Plus, she probably hadn’t spent as much time washing as usual because she’d spent the entire time thinking of different ways to maim Darren if he ever got close to her again.

“Did I choose the wrong movie?”

No. You chose the wrong seat.

Quinn drew her attention back to Wyatt. If she was honest, she had no idea what was going on with the movie. Not a single clue. “Sorry, I’m a bit distracted.”

“A bit” was one big fat understatement.

“What’s got you distracted?”

The story. Her old boss. Why the heck Wyatt was still so damn far away from her. “It’s nothing.”

Wyatt’s expression didn’t change. He just sat there looking perfect, waiting for her to spill her guts. Wasn’t going to happen.

When his attention flicked back to the screen, a moment of irritation swirled through her. The man didn’t even attempt to scoot closer. There was no sneaky arm around the back of the couch. No subtle shuffle. Nothing.

“So, tell me, why no romance movies?” he asked.

Quinn scoffed. “They fill women’s heads with lies, giving them unrealistic expectations of dating in the real world.”

Wyatt chuckled. “That’s a bold statement. Give me an example.”

Had the man never watched a romance movie?

“Okay, how about the grand gestures of love, which are painted as normal. Flying the woman to Europe at a moment’s notice, organizing flash mobs, filling rooms with a thousand roses. That’s not real. Men don’t do that.”

His attention remained on the TV. “Some guys probably do that. Maybe you haven’t been spending time with the right men.”

Well, that was a given. “Come on, do you know anyone who’s done any of those things?”

Wyatt’s silence gave her the answer she was looking for.

“Romance today is a card and a kiss on Valentine’s Day. A bouquet of flowers on an anniversary. And that’s if you’re lucky.”

Wyatt lifted his shoulder. “Women could always go the extra mile for the man.”

“Oh, I’m sure they do. However, when the reciprocation stops, so do the gestures.”

His brows pulled together. “I didn’t know you were such a pessimist.”

“I prefer the term realist.” She gave Wyatt an innocent smile. It did kind of sound like she hated men. And romance. And love. Which wasn’t true at all. She just preferred the real and the raw. It saved her from disappointment. “Take us, for example,” Quinn continued. “In any romance movie, the guy would not be sitting so far from the girl.”

And close proximity on a movie night wasn’t even a large expectation. Not in Quinn’s mind, at least.

Wyatt wrinkled his nose in confusion. “You don’t smell bad. You smell good. Really good. It’s actually a large reason for the distance.”

Smelling good didn’t sound like a reason for distance to her. “Why would me smelling good make you want to sit over there?”

“Because the closer I am, the more I want to touch you. And if I start touching you, I probably won’t be able to stop.”

A warmth heated in Quinn’s chest. “And why is that a bad thing?” It only sounded good to Quinn. Really good.

Wyatt ran a hand through his hair. It was the first time she’d seen him look uncomfortable. Like he didn’t want to tell her the reason.

Then it hit Quinn. “It’s because of my brother, isn’t it?”

When Wyatt’s silence continued, Quinn knew she’d hit the nail on the head.

Blowing out a frustrated breath, she began to stand, but stopped at Wyatt’s hand on hers.

“I like you. A lot. But your brother is like family to me. I feel like I should speak to him first, preferably in person, before anything happens between us.” 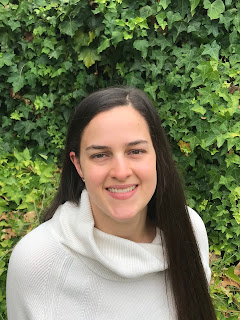 Nyssa Kathryn is a romantic suspense author. She lives in South Australia with her daughter and hubby and takes every chance she can to be plotting and writing. Always an avid reader of romance novels, she considers alpha males and happily-ever-afters to be her jam.