WYATT'S WAY by Lexi Post is Available for Preorder 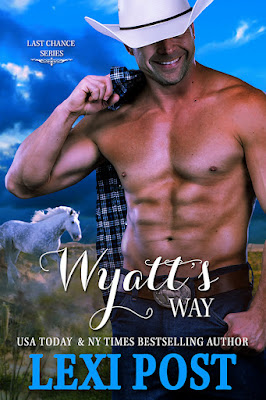 After the loss of his grandfather, Wyatt Ford is homeless and rudderless when he lands at Last Chance Ranch with the last of their horses. His mood is anything but pleasant, so when he inadvertently hurts the feelings of the sweetest woman in town, he’s determined to make it up to her. But she has a backbone, which attracts his full attention, and he finds himself willing to go the extra mile for her. That is, if she’ll let him.

Alyssa Parker, Ms. Parker to her third-grade students, has a strong moral compass, a strict code about only dating locals, and a goal to purchase her very own home. Her interest in Mr. Ford is fleeting…until he comes to her rescue. Just when she thinks her cowboy hero seems too good to be true, she discovers his biggest fear, one that looms large between them.

Wyatt knows letting Alyssa go is the right thing to do for her, but it’s the worst move he could make for himself. It means tackling his past on his own. But even if he comes out a winner, what good will it do him if he’s lost the woman he loves? 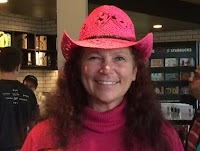