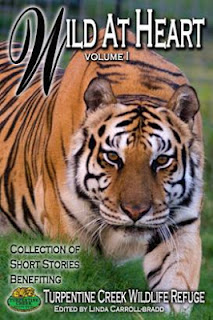 “Give her but a wavering leaf-shadow breeze combing the grasses and she was back a million years, glaring with night-lit eyes in the thickets, projecting a terrible aura of fear that still and quelled all creatures” – Paul Annixter, American Writer

Anyone who has ever been the lucky owner of a cat, or should I say, been owned by a cat, has known one of the most exquisite and puzzling joys such a sharing of one’s life with them is. I have always been a cat lover, even before I had cats and was raised in house populated by dogs and various rodents (bunnies, hamsters etc). I never cared one wit about the image of becoming a writer with a thousand cats lounging about the various odd bits of furniture in my one room apartment. True cat lovers will understand of course, because we don’t see ourselves the way the world sees us. We take after the cats we love so well. Cats are unique, relish the life they have and don’t let the opinions of others rule their thoughts. In a way, cats are a writer’s best role model.

Even now as I write this blog article, my own cat Isis, more fondly called Tiki, is sitting on the bed, eyeing me with apparent fascination. Is it the movement of my fingers along the keyboard or the simple knowledge that I provide her food and comfort at my own expenses often times. Love with cats isn’t unconditional. I believe that’s why non cat lovers find it hard to understand the appeal. A cat demands love, demands trust, and will give it return when it believes you are capable, which sounds quite like a human thing to me.
The appeal of cats is something deep, primal in many humans. I believe we see the greatness of their pasts, buried in the luminous depths of their gazes. The Egyptians held them up as gods, and they’ve ruled the earth with their hunting instincts and a shadowy presence at all the great moments of human history. They are lovers, they are nurturing, they are powerful, and yet still manage to exude a sense of utter relaxation and complete laziness that we often envy. It’s the mysterious air of the impossible they seem to exude every moment of the day that compels us to take them, offer them a home with us, in hopes we might learn their feline secrets. 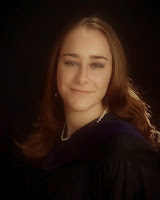 But if you’re like me, you can’t rescue every cat, you can’t save every animal that crosses your path and a part of your heart bleeds at the thought of each precious life lost due to human carelessness. I spend a majority of my spare time when not writing or doing my day job as an attorney, by helping animal causes even if I can only offer something as simple as money to shelters or rescue funds. Last year, I heard of a national call for submissions for a charity anthology to benefit the Turpentine Creek Wildlife Refuge in Arkansas where big cats like tigers, cougars, leopards and jaguars are given homes and cared for. Elle James and Delilah Devlin created the anthology Wild at Heart and picked 10 or so adult romance stories involving big cats and 10 or so young adult romance stories involving big cats to make up two volumes for charity. 100% of the proceeds of the sales of the anthology go directly to the wildlife refuge, giving those cats food, shelter and support.
I was thrilled when my story “Archer Falls” was chosen to be a part of the adult romance anthology. I decided to write about a woman who falls in love with a mysterious, handsome shapeshifter.

BLURB
Spotted Pines Refuge worker Samantha Gray gets more than she bargains for when she is rescued by a jaguar in a national park. But there’s more to this jaguar than meets the eye, in fact, he reminds her of the mysterious and wealthy owner of the refuge, Archer Falls. Caught between danger and the pull of Archer’s seductive gaze, Samantha begins to wonder just how her boss is connected to the jaguar that went missing since the night he saved her life.

EXCERPT:
Samantha was kneeling in the glass-enclosed room of the refuge’s nursery.  She had a bottle of milk and one jaguar cub curled in her arm, feeding it.  The cub’s paws were braced around Samantha’s hand, securing the bottle to its mouth.  Archer was transfixed by the look on Samantha’s face.  She gazed in wonder and delight at the cub and made gentle cooing noises while hugging the cub closer.
Archer barely noticed Simone coming up behind him.
“She has quite a fondness for cats.  Big cats.  Would you like me to formally introduce you?”
He found himself nodding. Samantha had only worked at Spotted Pines for two weeks. Archer usually avoided meeting the workers until they’d been there at least six months. The less people he brought into his circle of trust, the better. But he couldn’t pass up the opportunity to be close to her again, even if his mind shouted at him in warning. He was too interested in her and haunted by the memory of her hands stroking his fur as he drifted into unconsciousness.
“Sam!”  Simone dragged Archer by the arm toward the nursery and opened the door.  “Come meet our benefactor.  This is Mr. Archer Falls.  Archer, this is Samantha Gray.”
Samantha set the bottle on a table and walked across the room.
The cub in her arms stared drowsily at him when she approached.
“Nice to meet you Mr. Falls.”  She held out a hand.
He shook it.  Her palm was warm, her skin soft. She had gray eyes, soft and mysterious, like skies after a winter storm.  He held her hand for longer than was necessary; his desire to hold her was fierce and powerful.  He needed to protect her, ensure she was safe.
The cub stirred and let out a little mewl at being ignored.
Archer dropped Samantha’s hand and stroked the cub’s head.  It squirmed and fussed, its little teeth scraping playfully on his fingers.  He felt the rumblings of a purr deep in his chest, and he only just fought off the need to let Samantha hear how content he was.
Simone nudged Archer in the back.  “It seems you have a way with cats, Sam.”
He jerked, recalling where he was, who he was with.  A woman who didn’t know him and didn’t know his secret.
“Welcome to Spotted Pines, Samantha.  Are you settling in well?” A smile crept across his lips.  “Simone tells me you’re the newest volunteer.”
“Oh yes.  This place is wonderful, Mr. Falls.”
The cat inside him could detect lies and there were none in her words. “Call me Archer, please.”
“Archer.”  Samantha looked suddenly shy, her gray eyes darkening to near blue.  “The way you keep the cats here, with these habitats, it’s amazing.  You’ve saved so many lives.”
Archer studied Sam, her appreciation was genuine.  She cared deeply for the wounded souls he’d rescued and brought to the refuge.  Each cat here had been abandoned or abused.  Exotic pets, retired circus creatures, each and every one left in a situation that threatened their lives.  For the last five years, he and Simone had worked to build the refuge and find cats who needed homes.  The jaguar within him purred in approval of Samantha’s reactions.

I hope everyone who enjoys cats or a good shapeshifter paranormal romance will pick up their own copy of Wild At Heart. Is there any better way to help cats than to buy an ebook or paperback copy and know that the proceeds go directly help the cats? It’s a win-win.

I send out a big thank you for the authors at Happily Ever After Thoughts, who hosted for me this blog!

GIVEAWAY: One lucky commenter will win a signed paperback copy from me or an ebook if they prefer, and a sneak peak of the first two chapters of my upcoming release Wicked Intentions, the first book in a sexy regency romance series about a notorious band of rakehells called the League of Rogues, to be released from Samhain Publishing in January 2014.
Posted by Alexis Walker at 7:00 AM