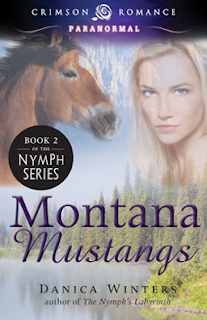 Our guest today is paranormal romance author Danica Winters and she is giving away a copy of the first in the Nymph Series, The Nymph’s Labyrinth. Check out this lovely interview with her and leave a comment along with contact information for your chance to win!

Alexis: Tell us a little about your latest release Montana Mustangs?

Danica:  Well, I could give you the tried and true blurb, but you want something not on Google so—As you can except, I love this book.  I have the pleasure of being from Montana and my love the outdoors shaped my writing of Montana Mustangs.  I tried to integrate the majestic blues and golden yellows of the mountains and the valleys and the icy fingers of a cold fall wind in our little Northwest corner where we could almost kick a ball and have it land in Canada.

Also, I have a fun relationship with my fans on Facebook—my fans actually named the two main characters Aura Montgarten and Dane Burke based on pictures and descriptions I provided.  I love doing this with my fans!  So if you are a fan you should expect to take part in at least one round of voting for: “What’s my name?” :-)

Alexis: What is your favorite part of the book?
Danica: There is a scene in which they horseback up a mountainside in search of evidence.  I had the unique pleasure of going horse backing into the high mountain lakes of Montana to ‘research’ the scene.  It was so much fun—and I caught my limit of fish!

Alexis: If you could only pick 3 words for your main characters,what would they be?
Danica: Aura- Headstrong, mysterious, and lonely
Dane- Jaded, determined, and work-centered

Alexis: Which was the easiest character to write and why?
Danica:  The easiest character had to be Aura—I think I could deeply relate with her need to find her sister and keep her safe.  It may be my familial instinct, but I would do the same for someone I love.

Alexis: What do you enjoy about writing?
Danica: I love writing.  Recently I have been mentoring new authors and teaching classes for new authors.  It has been so much fun to share my passion for the written word with others.  About the actual act of writing, I like starting with a blank canvas and painting a picture with words.  Quite often I may have a plan ahead of time for the direction I want to move the story, but as my characters evolve I find the story changes to fit them and their personalities—which is also something which can drive me crazy!

Alexis:  What has been your best birthday present ever?
Danica: My husband bought me a Kindle Fire last year.  He has since regretted buying it as I’m always reading.  We lovingly call it ‘my boyfriend.’
Alexis: Thank you for visiting Happily Ever After Thoughts. It was great chatting with you!
Danica: Thank you so much for having me on your blog today. This was a fun interview! 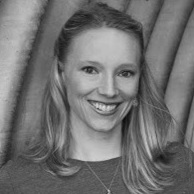 About Danica Winters Danica Winters is a bestselling author who is known for writing award-winning books that grip readers with their ability to drive emotion through suspense and often a touch of magic.  When she’s not working she can be found in the wilds of Montana working on her patience while she tries to understand the allure of various crafts (quilting, pottery and painting are not her thing).  She always believe the cup is neither half full nor half empty, but it better be filled with wine.

Montana Mustangs blurb:
A Nymph.  A woman with the ability to seduce at will, shift to protect, but cursed with the fate to have the man she falls in love with die a tragic death.  As one of the ill-fated nymphs, Aura Montgarten has spent her lifetime drifting from one place to another hiding from love.  Until she meets Dane.

When a body washes up on the shore of a rural Montana lake, police officer Dane Burke is faced with the task of finding the killer—even if it means he will be forced to put his life and heart at risk by working with a drifter.  As the truth of Aura’s Mustang-shifting Nymph ways are revealed, Dane learns exactly the amount of danger he and Aura are in, but can’t force himself to leave a case unsolved when the truth is right outside of his grasp.

When the killer decides he needs to take another victim—Dane—Aura must choose between their forbidden love and her immortal life…  Can there be life without love, or is death her only choice?

Alexis: Be sure to leave a comment for a chance to win The Nymph’s Labyrinth.
Posted by Alexis Walker at 7:00 AM