Today’s my dad’s birthday. He would have been 71 year’s old today, but he passed away a few years ago. I don’t remember exactly when, as we lost half our immediate family in a three year period. My mom could tell me, but I’ve always been about birthdays not deathdays. Guess I’m sort of a half full kind of girl :-) Losing that many close family members makes a person appreciate what few people she has left, but it is also makes me appreciate the fact that I am still learning from my dad. 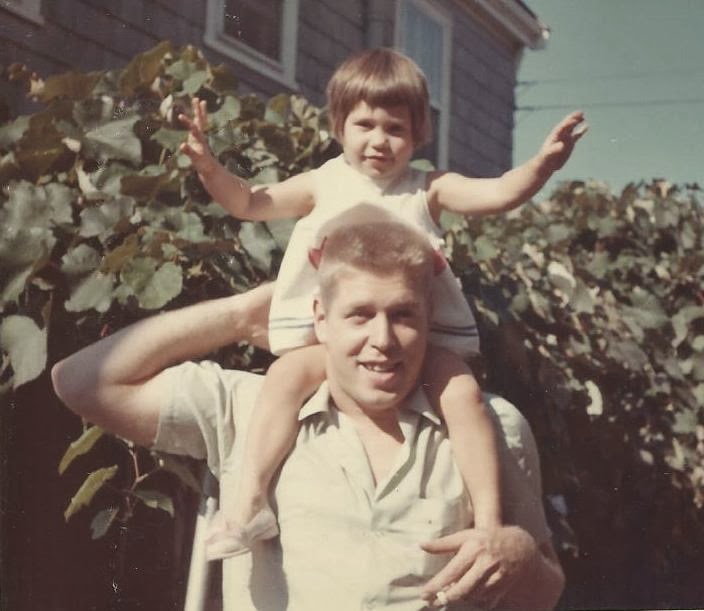 I’ll never forget the Paint Factory episode. I was about seven or eight. It was a rainy day and I was bored, so being the creative person I was, I decided to see if I could make paint out of chalk because we had no paint in the apartment. I wasn’t sure this would go over well with my parents, so I went into the pantry to do my experiment. As I was in there stirring my concoction, a very large shadow fell over me. Dad was 6’4”. In his very low, soft, calm voice, he asked, “What are you making?” I looked up at him over my shoulder and in a squeaky voice answered, “Paint.” I kept stirring, still wondering if I would get in trouble. Then dad said, “So you aren’t going to be a brain surgeon anymore then. I guess you're going to be President of a paint factory.” At the time my childish reaction was simply. “Oh dad.” But later, as I got older, I realized that when my father found me making paint, he never even considered that I would work in a paint factory. No. He believed that if I was going to have a relationship with paint, I was going to be the President of that paint factory.

That constant positive reinforcement that I grew up with, I took for the norm. I have since learned that this is not generally the case. However, I am my father’s daughter and in this profession of romance writing, my friends will always have my support, encouragement, and absolute faith in their ability to succeed. Because what I learned from my father this year is that being the encourager is as fulfilling as being the one encouraged, and seeing those you care about reaching success is the greatest high.  Thank you, Dad.