Interview with Tina Donahue and a Giveaway 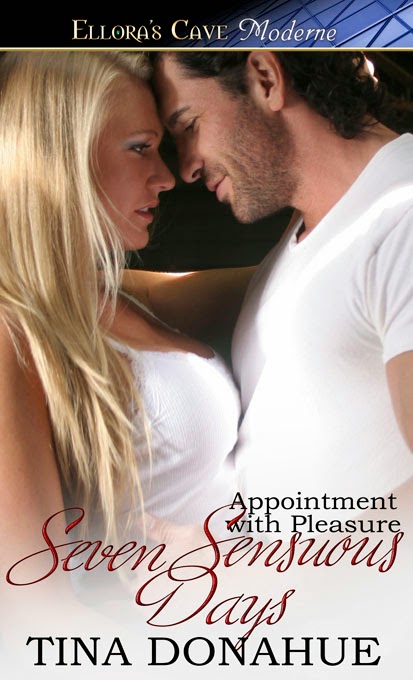 So Tina, when did you know you wanted to be a writer?

Tina: Forever? LOL. I started writing when I was a kid. At eight or nine, can’t recall which, I wrote my first book and illustrated it (I’m an artist too). After making numerous copies by hand  (we didn’t have a copier, but that didn’t daunt me), I went around the neighborhood and sold my books to my friends’ parents. I consider that my first book tour. J I barely got through high school and college because I was always writing poetry and stories during the boring lectures.

Alexis: Wow, you did start young! What made you choose this title for this release?

Alexis: I love the concept. Which authors inspire(d) you?

Tina: There are too many to count. I was reading Dickens in the fourth grade. I loved his work. The summer before my freshman year in high school, I got a reading list from the school (all girls – ugh). I learned later that I was the only one in the entire class who’d read everything on the list. Mostly classics. I didn’t mind. I loved the Bronte sisters.

Contemporarily, I’d have to say that the authors who inspired me the most were Stephen King (earlier works), Dean Koontz, Margaret Atwood, Hilma Wolitzer (you have to read Hearts, simply exceptional), Lawrence Sanders, Daphne du Maurier, Patricia Grasso (adored Seducing the Prince), and a whole host of others. As you can see, my tastes are all over the place.

Tina: It begins with me seeing scenes in my mind, sort of like a film. As I watch the characters interacting, I start to think of occupations for them, which then leads me to the setting. I use a Name the Baby book to find appropriate names to match their personalities. One thing builds on the other until I have a fleshed out story.

Alexis: So what are you working on now?

Alexis: Aw, what a tease :-) Why did you choose this sub-genre of romance?

Alexis: Thank you, Tina, for visiting us here on Happily Ever After Thoughts. I am so buying this book!

Check out this blurb. Doesn’t it sound great?

The night’s sultry, filled with carnal promise as Tessa participates in an agency event to raise money for charity. She’s chained and bared—as women were once displayed for a sultan’s harem—her sweet looks and full figure offered to the wealthy and powerful men.
Among them is Logan. To him, Tessa is so different from his late wife, the seemingly perfect female who cruelly stole his hope and future. Wanting only to forget and have a good time, he wins Tessa, demanding she be his in every way possible, engaging in all wanton acts, though not only for an evening…for seven sensuous days at his secluded Virginia estate.
A provocative proposal with such a dangerously virile man.
A week that changes everything, with Tessa’s exquisite vulnerability and Logan’s suddenly unquenchable desire more than either bargained for.

Alexis: Tina will choose one commenter at this site as her winner. Winner gets her choice of one of Tina’s award-winning, bestselling ebooks from this list: 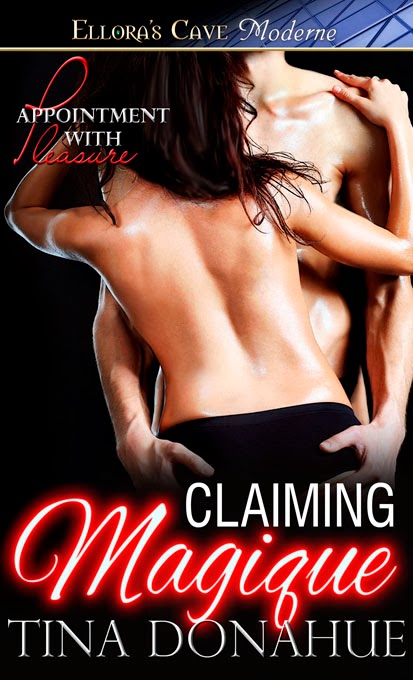 Leave a comment for a chance to win!
Posted by Alexis Walker at 7:00 AM