Interview with Tina Christopher and a Giveaway


Alexis: Today we have Sexy Steampunk and Sensuous Sci-Fi author, Tina Christopher who is giving away a copy of Rescue by Ruin to one lucky commenter.

What are you working on now? 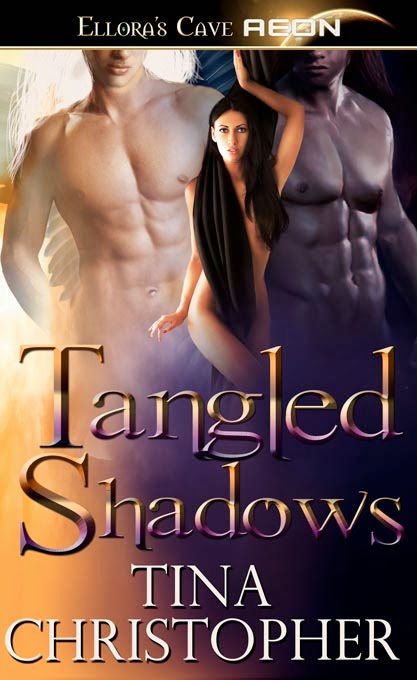 Tina: I have just finished the sequel to Rescue by Ruin, my sexy steampunk novel, and hope to share that with my readers soon.


My next project is Tangled Redemption, the fourth and final book in the Celestial Surrender series that began with Tangled Shadows. Throughout the first three books a certain Vampire, and his affiliations, has worried my heroes. Is Miguel Calatrave, the Spaniard, still on their side or has he started to work with the bloodthirsty Feral Vampires, who are now trafficking humans as blood slaves? This is a question Miguel himself is unsure of the answer. It will take one very unusual Naema and another Vampire for him to discover if he is really beyond all redemption.

Tina: Originally Miguel was planned as the villain, as the one behind the evil plans of smuggling humans as blood slaves. Then he walked onto the page and complained bitterly. The more time he spent with me, the more I understood I had it all wrong. Everything Miguel has done, he has done to save his species and the galaxy. Now it is my turn to tell his story and share it with the world.

Alexis: I love that twist! What was the first romance you ever read?

Tina: Secret Fire by Johanna Lindsey
It opened up a whole new world for me. I was hooked on romance;).

Alexis: I loved Johanna Lindsey as well, especially her Malory series. What has been the best piece of advice you ever received for your writing career?

Tina:  When I was introduced to GMC-Goal,Motivation, Conflict by Debra Dixon. It is an amazing book and as a concept has been with me for every single story I have written. I will come up with a concept, a character, a situation and the first thing I do is outline the internal and external goal, motivation and conflict for heroine, hero and villain. Everything else comes from that.

Alexis: Thank you, Tina, for being with us on Happily Ever After Thoughts.

Check out this blurb from Rescue by Ruin!

Blurb for Rescue by Ruin 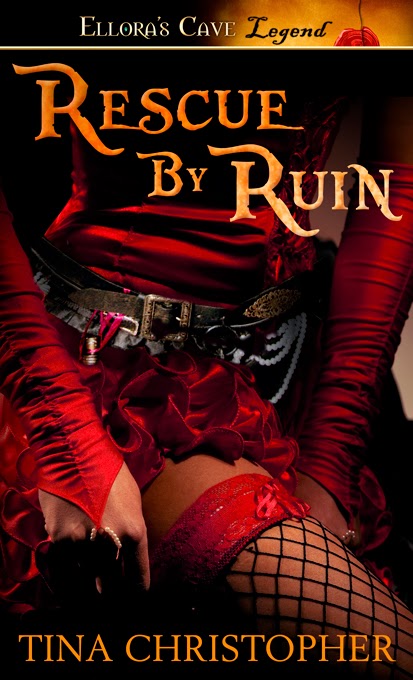 Forced to marry a violent man, Beatrice knows only one way out—ruin her reputation. She climbs aboard the Venia, a dirigible of ill repute, for a masquerade. Bea does not expect to run into Vaughn Kemple, the third Duke of Missenden, who eight months ago left her without an explanation. Feeling secure behind her mask, she decides Vaughn will be the one to ruin her. She may not get to spend forever with this man she still loves, but at least she can have one night of pleasure.

But a mask is not enough to hide her identity. Vaughn recognizes Bea, shocked to find her aboard an airship where sexual freedom isn’t just a thought, it’s celebrated. But her actions are far from innocent. Captivated, he’s determined to make her his.

The heat between them flares, but Vaughn is torn between desire and honor. Bea is afraid to risk her heart on a man she can’t trust. And when her future husband arrives on the scene, it’s more than their hearts in danger.

About Tina
Tina Christopher spent her early years flitting across the Channel between Germany and England. After touring the world extensively, she finally laid down roots in Toronto. And while Canada’s winters may be frigid, Tina’s characters are anything but!

Like most writers, Tina often hears voices in her head, but it took the encouragement of an editor friend before she actually put fingers to keyboard. While those first stories will never see the light of day, she’s subsequently honed her craft and learned to build not just worlds, but entire galaxies. Her first book from Ellora’s Cave features a galaxy filled with Vampires, Humans and angel-like aliens called Naema.

When not imagining far away worlds and scorching hot encounters, Tina can be found on her sofa working through her never-ending TBR pile or venturing into the real world—whether to a nearby café or a passport-required destination. She’s a member of the RWA’s Toronto chapter. Her two degrees in environmental conservation, majoring in large animal studies, come in handy when wrestling with supernatural beasties.

Alexis: Don’t forget, for a chance to win Rescue by Ruin, be sure to leave a comment :-)