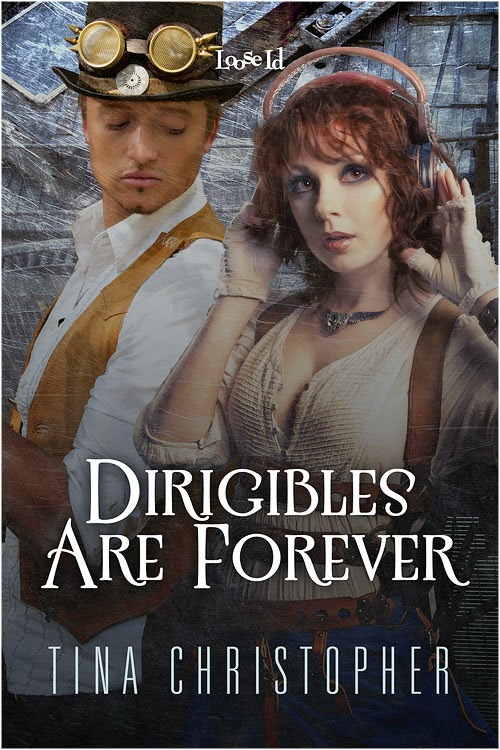 Working as an Aether Traffic Controller saved Holly Acklin after the death of her husband, but now she wants more—including a night of uninhibited passion with Jack Smith, whose very presence has kept her body tingling for months.

Special Agent Jack Smith kept his identity a secret when he came to the London Royal Port Authority with one assignment, one he cannot fail. It holds him back from following his attraction to Holly. But on the eve he must complete the mission, Holly asks for one night with no rules or boundaries, and his control snaps.

When London experiences an unexpectedly white Christmas, all dirigible traffic is grounded, leaving Holly and Jack free to act upon their stormy passions. Holly finds her determination to stay emotion-free crumbling unaware Jack is experiencing the same need. Each lover wishes for more, but fears it can’t be. Instead they focus their desires in mind-blowing passion.

But when Holly discovers that Jack isn’t who he claimed to be, everything is thrown into turmoil. Can she trust the man she thought she knew? 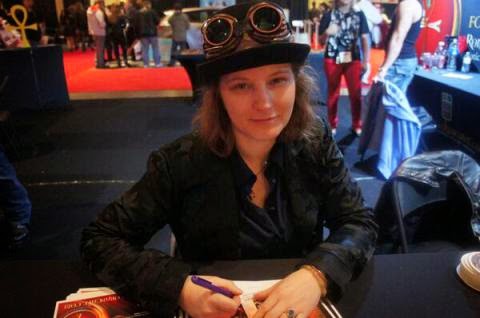 Tina Christopher spent her early years flitting across the Channel between Germany and England.

After touring the world extensively—from hanging out with elephants in South Africa to hiking through the wilderness in Alaska—she finally laid down roots in Toronto. Although Canada’s winters may be frigid, Tina’s characters are anything but!

Like most writers, Tina often hears voices in her head, but it took the encouragement of an editor friend to have her actually put fingers to keyboard. While those first stories will never see the light of day, she’s subsequently honed her craft and learned to build not just worlds, but entire galaxies. History has always been an area of interest for her, and she’s enjoys few things more than imagining what could happen when history and future meet.

When not imagining far-away worlds and scorching-hot encounters, Tina can be found on her sofa working through her never-ending TBR pile or venturing into the real world—whether to a nearby café or a passport-required destination. She’s a member of the Romance Writers of America Toronto chapter and looks forward to where her characters take her next!