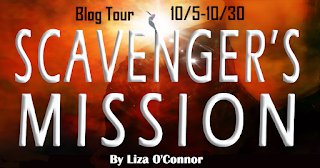 How did an AI responsible for Merit Assessments
take control of the SkyRyders?

It all began with a corrupt 5 star General named Cohen. Once he was removed (shot in the head) for selling the SkyRyder weapons to the Russians, Czechs, Scavengers, and local drug dealers, the need for an AI became clearly apparent. Men are corruptible, but a quality AI machine is not. So while in a state of embarrassment that a 5 star General could have become so corrupt and none of the Generals’ Council knew, they bought MAC, to properly assess Ryders, not just on flying, but ethics as well.

Technically, MAC only assesses SkyRyders, but since all SkyRyders are promoted or demoted based on MAC’s assessment of flying skills, knowledge of the regs, and integrity, it pretty well assures that the crème is going to rise to the top. Or so the theory went. In truth, new Ryders are often told by their captain to dunk their test or there will be painful repercussions.

MAC can also intervene when a General submits a battle plan. If it doesn’t like the plan, it can be sent back to do again. It can also make mandatory changes in the personnel the general plans to use in his battle if it believes the wrong Ryders have been chosen. This annoys General Powell immensely, but MAC actually can enforce who gets to play. It’s rather ironic that captains have more control of what actually happens to Ryders than a 3 star general does.

But that’s a part of life. No matter how hard you try to make something better than what you had before, there will be blindspots that threaten the entire system. One blindspot is that MAC ignores most of human behaviors. It can be years before MAC calls you up for assessments once you reach captain. It spends most of its efforts trying to screen out newbie troubles. The Cartels are constantly trying to get saboteurs into the SkyRyder ranks.

So when an injured new cadet arrives and lands in a manner it’s coding says is impossible, MAC performs a virus check before having the flight test continue. 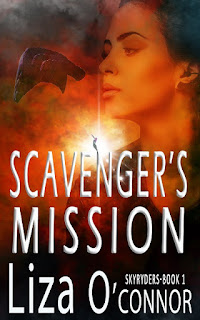 Blurb
Meet Alisha: A young woman who refuses to live the life her parents want.
In a single month, Alisha Kane has gone from a wealthy debutante to street girl to scavenger.  While testing her new flying skills in the Cully Canyon, Alisha incurs a near-death crash landing. She’s “rescued” by a colonel of the SkyRyders and her life changes forever.
Meet Logan: A SkyRyder colonel in charge of a sleepy fort with little to do other than arrest the occasional scavenger.
For the first time in his life, Logan’s attracted to a young woman, only she’s probably a scavenger and he’ll have to arrest her.  But first he offers her a shower and food while he checks on his crew. His videographer has captured her extraordinary flight through the Cully and her flying is astounding!
He forgoes arresting her and puts his career at risk by asking MAC to assess her skills and integrity as a potential SkyRyder. If he can get Alisha into the SkyRyders, it will be his greatest contribution to the Corps.
Meet MAC: The Artificial Intelligence that runs the SkyRyders Corps.
Upon seeing her arrival, MAC upgrades Alisha’s test. Her flying skills are not just excellent; they exceed what was previously thought possible. MAC classifies her as its top asset and soon she proves her value.
But…the SkyRyders remain a male dominated Corps where Alisha’s sense of right and wrong often clashes with her superiors. How long can a rebellious young woman survive in a regimented Corps?

Excerpt
“But wait, it gets better,” Riley assured Logan. “I tell her MAC wants it done again, and she says, ‘I don’t think I can do it better than that.’ When I tell her she can use her own catcher, she changes her mind. ‘Then I can do better,’ she tells me.”
“She knew she should only be taking it once. The poor kid probably thought she was on the cusp of failing. I still don’t understand why MAC asked her to do it again. She’s injured—why would it do that?”
“I don’t know why it required her to repeat it unless it suspected someone had tampered with its parameters. On the second flight, Alisha flew exactly as ordered. I told her to make a straight line to the tree, and she did. Since until today a perfect straight-line cross-wind was impossible, MAC should have balked on the second test. Yet it seemed very satisfied after the second run. And get this—after the test is over, it tells me to ask her if there’s anything else she’d like to show us. How’s that for weird?”
Logan was less amused. MAC knew she was injured. Why was it pushing her so hard? He sighed. “She no doubt took the offer.”
Riley laughed. “Oh yeah, she had a few other things to show us: a forward vertical climb, some somersaults, then a forward-downward descent using that surfboard thing of hers, another absolutely straight cross-wind track, and my favorite—a harness-release landing. Do you realize the advantage a harness-release landing would give us when entering hostile territory?”
“Yeah, I’ve seen that one. And it would be incredibly useful if we can teach it to our combat flyers.” What he didn’t want was Alisha to be the actual flyer going in under fire. “Did you hold your ground when she headed right toward you?”
“Yeah, I did. Mostly because I was too shocked to even think of moving. She said you stuck as well.”
“I did, but the rest of my crew took a dive. Truthfully, though, I didn’t see how she was going to pull it off. Still, I told her to land in the circle, and after hopping across eight of them, I was confident she could stick the last one.”

About the Author
Liza O’Connor lives in Denville, NJ with her dog Jess. They hike in fabulous woods every day, rain or shine, sleet or snow. Having an adventurous nature, she learned to fly small Cessnas in NJ, hang-glide in New Zealand, kayak in Pennsylvania, ski in New York, scuba dive with great white sharks in Australia, dig up dinosaur bones in Montana, sky dive in Indiana, and raft a class four river in Tasmania. She’s an avid gardener, amateur photographer, and dabbler in watercolors and graphic arts. Yet through her entire life, her first love has and always will be writing novels.