Well, here we are again...another Friday...and I got nuthin’ to blog about.  So, I thought I’d update ya’all on my dog Riley.  Back on Friday, June 10th, I reported that he was eating himself out of house and home.  For those of you who haven’t read that blog, you can find the link at the bottom of this one.  LOL

For those of you who might have read the first blog, you may remember that Riley started with the house on the left and had taken his remodeling far enough to have achieved the look on the right.

Well, Riley is still remodeling his doghouse and, apparently, he’s going for the Tahitian hut look. 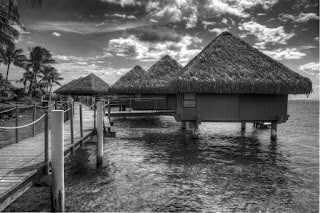 Perhaps this is the look he’s going for??? 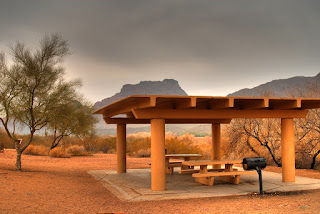 Well, I’m here to say that Riley is no slacker.  He has been hard at work on his remodeling project since last June and has expanded his dog house to include.......... 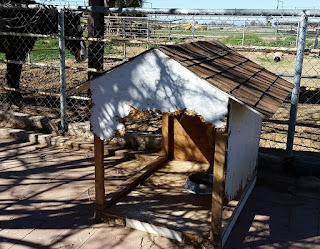 .........the entire outside.  Yep, that’s the doghouse as it sits now.  Dog, remember?  No opposable thumbs.  Can’t wield a hammer, can’t run a skill saw.  I actually believe this is what he's going to end up with by the time he outgrows the chewing phase... 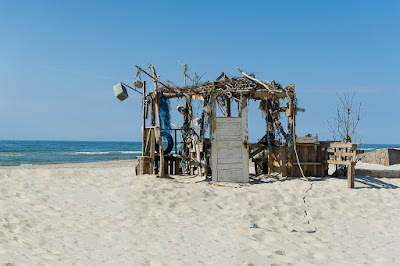 Of course, the other two dogs are annoyed.  Every time it rains, they glare at him and run into the other doghouse (smaller and older). 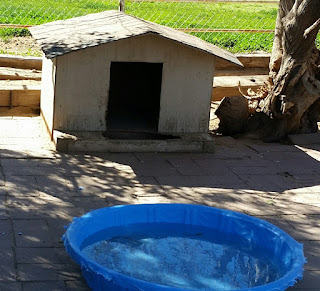 Fortunately, he hasn’t eaten that one yet.  Why, you ask?  Because he loves to sleep on top of that dog house.  Hard to chew down a house from on top of the shingled roof.  LOL  But he did manage to keep his butt on the ground long enough to chew a hole in the front porch of that doghouse and...as you can see, the pool is fair game.

Since I was on the subject of chewing dogs, I did a little more research to see if there were more strange dog chewing stories.  Oh yeah.  I found a whole slew of stuff not mentioned in my June blog that pooches around the world have chewed on.  These are some of my favs.

·       A battery.  (Apparently, this one is more common than I would have expected because there were a LOT of internet entries on this one.  The thing I found strange is that so many people out there post in the middle of the night on the internet looking for someone--anyone--to answer, rather than...I don’t know...TAKE IT TO THE VET, MAYBE?  Sigh...don’t get me started!)

·       A toenail off.  (Strangely, I’ve heard of this before...our beloved Bradley had this issue...and nothing to take lightly.)

·       Glass.  (Lots of these too.  Really?  Who leaves glass laying around?  While researching this one, I also ran across...Christmas Tree Ornaments.  Guess they were outta cookies.) 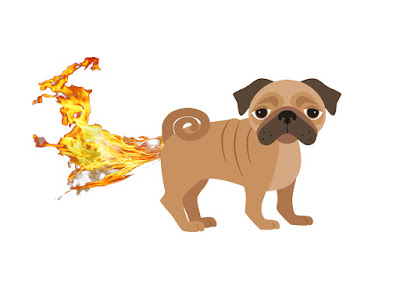 ·       Insulation.  (Sheesh...I can hardly stand to be in the same room with a piece of fiberglas insulation...how the hell could a dog chew on it and not scratch himself to pieces?  Actually, I loved the solution that was put forth...Don’t let him eat it in the first place.  Really?  Rocket science, I guess.)

·       Firework.  (Uh, okay.  I was actually horrified by some of the videos I found posted out there about dogs attacking/eating fireworks.  Dogs and kids...don’t come with a handbook, but I’m pretty sure this one’s self-explanatory.)

·       Robot.  (And the funny thing is...they are’t talking about a robot vacuum cleaner...they are talking about an honest-to-goodness robot.  Guess the dog’s afraid of being replaced by a machine.)

Well, those are the new chew toys I’ve found just since June.  When I look at this list, Riley’s new doghouse looks pretty darn normal.

Link to the original Riley blog.