I'm currently reading Betting the Scot by Jennifer Trethewey. I already read her first novel Tying the Scot and was enchanted. And I can already tell she has another great story in Betting the Scot. So, I reached out to her for an interview.

Jennifer, thank you so much for taking time for the interview. Tell us a little about yourself. When did you begin to write? 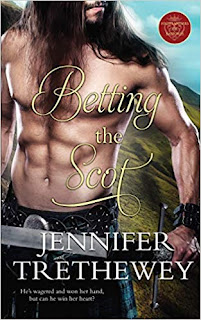 You might say I’ve been telling stories in one form or another for a very long time. Before becoming a writer, I was an actress and theater producer. I was co-artistic director for a professional women’s theater company, Renaissance Theaterworks. It is now one of the longest running and most respected theater companies of its type. We produce theater for everyone, but focus on opportunities for women in the theater. Check out the video. I adore romantic stories and was always looking for romantic plays to produce. When I retired as co-artistic director, I decided I’d like to tell my own romantic stories and turned to novel writing in 2013.


Tell us about your books.


My first series is called Highlanders of Balforss. It’s set in Caithness, the northern most county of mainland Scotland. I got interested in the last great clan battle between the Campbells and Sinclairs in 1680, the Battle of Altimarlach. I went to Caithness, slogged through mud, gorse, and a cow pasture to reach the memorial site (the cows were not impressed). That novel, The Sinclair Bastard, is still in a drawer, but the research I put into the location, the history, and Clan Sinclair was the foundation for the Balforss stories revolving around four Sinclair cousins—Alex, Declan, Magnus, and Ian—all tall, muscular, ex-soldiers of His Majesty’s Royal Highland Regiment 42nd Foot. The stories are set during the early 1800’s and appeal to Highland and Regency romance readers. Although the books focus on the romance, readers appreciate their liberal dose of humor.


Have you always gravitated to the Scottish historical romance genre? What is it that you like about the genre?


One of my all-time favorite fantasy movies is The Highlander. Remember that 1986 movie with Christopher Lambert? In hindsight, it’s a perfectly ridiculous movie, but at the time, I loved it. I have no doubt I was greatly influenced by Diana Gabaldon’s Outlander series, as well. But I’ve always harbored a belief that there is something elemental and stirring about the Highlands of Scotland. The whole idea of clan appeals to me. Add to that a hot guy with a Scottish burr wearing a kilt…


Who doesn't love a hot guy in a kilt? Lol. Which character was your favorite to write and why?


I loved writing Declan Sinclair. He is a combination of sweet and lethal. An absolute innocent when it comes to women and an unholy terror on the battle field. Declan believes in the old ways and, though he’s not a heathen, he holds great stock in Scots and Viking mythology. He’s clever and stealthy, and he has “the sight.” Declan has dreams about the future, and though he sometimes has difficulty interpreting his dreams, they always come true. So, when he dreams about his future wife Caya, a woman he’s never met, he’s not at all surprised to discover her in a tavern in Wick. His main problem is to get her to believe what he already knows is true: they are meant for each other.


I'm currently reading the tavern scene. Can't wait to find out what happens! Who is your favorite author?

So impossible to pick one, but I think Loretta Chase comes close to writing the perfect romance novel with Lord of Scoundrels. It is seriously wonderful and I dare anyone to read it and not love it.


I will definitely need to add that book to my list. Does your husband read your work? Is he intimidated by the roguish men characters or does he think he was the inspiration behind them?


My husband is my chief beta reader. He’s particularly good at helping with details. Like, “No, Jennifer, that’s not at all how a fist fight would go.” As if he’s been in a million fist fights! I don’t think he’s intimidated. I would say he’s amused and not at all surprised by my imagination.


I met your husband once and I can totally envision your conversations. Very cute! What are you working on now?


I’m preparing for the release of my third book, Forgetting the Scot, Magnus’s story. It comes out next week. I’m also finishing up the fourth book of the series, Saving the Scot, Ian’s story. At the same time, I’m pulling together ideas for my next series and planning a trip to Scotland. This time I think we’ll visit the Inner Hebrides. I’ve always wanted to go to the Isle of Skye. Who wouldn’t want to go to an island with something called The Fairy Pools? 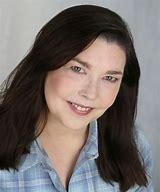 Oh, my goodness. I didn't realize Forgetting the Scot would be ready so soon. Yay! I know what I'll be reading. How can readers find you?


You can usually find me at my computer or, if it’s nice, on my back porch. I like to hang out at Fiddleheads Coffeehouse, too!

I used to hang out on my back porch until the swarm of mosquitos came and attacked. Sigh. Jennifer, thank you so much for the interview! Please check out the links below to discover more about Jennifer and her books. See you next month!


Blog: Are You Scot Curious?