E.D. Walker's Bajo Cat in her Story in PETS IN SPACE #3 Anthology 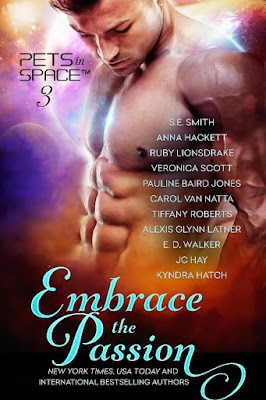 When I was invited to be part of the latest Pets in Space anthology, one of the first things I knew I had to do was design my pet. I waffled back and forth between creating something very alien and something a little more recognizable for my story The Bajo Cats of Anteros XII. Eventually, I found some great inspiration from The KittenLady, Hannah Shaw, on Instagram. She runs a fantastic rescue operation for orphan kittens, and her videos are not only full of adorable kittens but also lots of fantastic information on how to take care of them. (Someday I will convince my husband to let me foster kittens, someday…) Slowly, the seeds of my story were planted, and the inspiration for my own science fictional bajo kittens and their dedicated rescuer began to take root.
(The Kitten Lady just set up a newcharity to help with her work, by the way. Please consider donating if you can.)
Another inspiration for my kittens was the crazy technicolor art of Lisa Frank. I decided if I was going to have alien kittens in my story I wanted them to be something out of the ordinary. And what could possibly stand out more than those crazily colored Lisa Frank illustrations come to life?
Here’s a description of the kittens in the story:
“The kittens were a little blue and a purple. The blue was a puff ball with silky fur of a startling electric blue. His tufted ears were tipped with a darker blue and his hide was spotted with paler blue spots. The purple was smaller, fluffier, and more purple-blue in color, with darker spots and a white belly. Both cats had eyes of bright gold like old-fashioned coins shining out of their faces.”
Lastly, I ran a poll on twitter to see which wild kittens people thought were the cutest. Because if I was going to have kittens in my story I wanted to have the cutest kittens. Caracal kittens edged out pallas cats and sandcats for the win. (Google all of those for pictures by the way. They are adorable.) 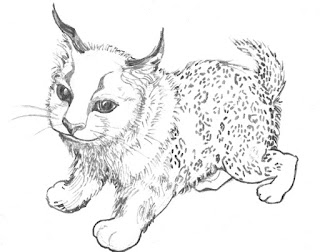 And that’s how you make a bajo cat: one part Instagram for behavior + Lisa Frank for some flair, add a little caracal for cuteness and then voila! You’ve got a bajo cat!

Author Bio
E.D. Walker, a native of Los Angeles, is the author of The Fairy Tales of Lyond Series that begins with Enchanting the King. As a child, she grew up knowing all the words to the songs in Disney’s fairy tale retellings. (Sleeping Beauty was always her favorite.) Lo and behold, she eventually grew up to write fairy tale retellings of her own.

By day, E.D. helps corral engineers for NASA (without doing any of the tech stuff herself, of course). By night, she loves to write her clever heroes and heroines bantering their way to true love. E.D. is a total geek, a movie buff, and a mediocre swing dancer. E.D. and her family live in sunny Southern California with one of the neediest housecats on the planet.

For more information about E.D., please visit her website, “Like” E.D. on Facebook and follow her on Twitter, Instagram, and Goodreads. Make sure you also join E.D.’s newsletter to be the first to hear about the next book in The Beauty’s Beast Fantasy Series. She’s always thrilled to hear from her readers. Email her directly at e.d.walker.author@gmail.com.
Posted by Lexi Post at 1:41 PM