Amanda McCabe, Alicia Dean, Kathy L Wheeler and Krysta Scott have a unique friendship. Yes, they are all romance writers, and at different stages in their writing careers. But every Friday night, schedules permitting, they meet at the Martini Lounge in Edmond, Oklahoma where they chitchat, plan retreats to get away and for just a general get away. Over a period of time the idea to create a series of stories where the Martini Lounge would serve as a backdrop—well, as writers, that was inevitable. So here we are with our first go at it. Welcome to 1920s New York City where four young women run away from England excited to make their own way in a new world. 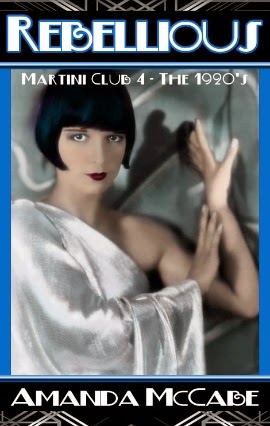 Blurb: Can an aristocratic lady melt the cold heart of a Russian gangster?

Lady Jessica Hatton fled her high-society London debutante life for one of investigative journalism in New York—only to be relegated to the fashion pages. Searching for a juicy story leads her to Club 501, the city's most glamorous speakeasy—and its handsome, mysterious owner, Frank Markov. But his past of war and revolution puts their hearts—and their lives—in danger...

Excerpt: “Do you smell that, Meggie?” Jessica Hatton cried as she leaned into the cold, salt spray wind, her t-strap shoes perched on the lowest rung of the ship's railing.  She'd lost her hat, and the short strands of her hair blew into her eyes, but she didn't care.  England was far behind them.  They had escaped.
“It smells like freedom!” she shouted, and threw up her arms.  It felt like she could fly all the way to America.
“I only smell old fish,” Meggie said.  “Now come down from there, Jess.  If you tumble into the drink, it will all be over before it even starts.”
Jessica laughed and shook her head, but she did climb down.  She spun around to see Meggie stretched out on one of the deck chairs, the glossy mink collar of her coat drawn close around her.
The sky was grey and dismal-looking, the water not as glassy-smooth as when they slid past Ireland yesterday and headed out to open sea.  Several of the passengers had retreated to their cabins, but Jessica couldn't stand staying inside.  Not when there was so much to be seen.
“It smells like fish and freedom,” Jessica insisted.  “But we can go in now.  Maybe Charlotte and Eliza will want to play some cards or mah-jong.”
“Finally,” Meggie grumbled as she swung her feet down to the damp deck.  But her smile was broad.  Jessica knew Meggie was loving it all just as much as she was.
Bio: Amanda McCabe wrote her first romance at the age of sixteen--a vast historical epic starring all her friends as the characters, written secretly during algebra class (and her parents wondered why math was not her strongest subject...)
She's never since used algebra, but her books have been nominated for many awards, including the RITA Award, the Romantic Times BOOK Reviews Reviewers' Choice Award, the Booksellers Best, the National Readers Choice Award, and the Holt Medallion.  She lives in Oklahoma with a menagerie of two cats, a Pug, and a very bossy miniature Poodle, along with far too many books.
When not writing or reading, she loves taking dance classes, collecting cheesy travel souvenirs, and watching the Food Network--even though she doesn't cook.
Amazon buy link for Rebellious
Contact info: http://ammandamccabe.com/ 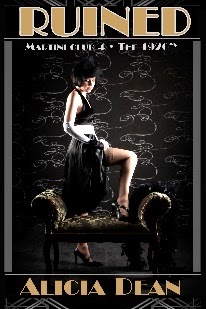 Blurb: She vowed she’d be no man’s doxy, but fate had other plans...

After the Earl of Goodwin attempts to force himself on her, housemaid Eliza Gilbert flees England for New York, hoping to build a better life. But the land of opportunity proves as harsh as the London docks, and she finds herself in a situation more dreadful than the one she escaped.

Former boxer, Vince “The Fist” Taggart dreams of marrying, having a family, and living a quiet, peaceful life. But when a girl he's known since childhood disappears, he heads to New York in search of her and meets Eliza, a woman with a less than honorable reputation. Inexplicably captivated, Vince can’t force himself to stay away, especially when he learns Eliza is the key to finding his missing friend.

Excerpt: Eliza lifted her gaze, then looked away when she met his eyes. They were just too…striking, too blue. “I’m afraid you’ll have to speak to Oscar. He handles all my transactions.” She could never have a normal outing with a man. A lump of regret rose in her throat. She turned and started up the stairs.
Vince caught up to her in a few steps and grabbed her arm, taking the bag from her at the same time. “That was a lousy thing to say.”
She opened her mouth to accuse him of going around Oscar so he didn’t have to pay. But that was ridiculous. He hadn’t taken what he’d paid for the first time. She lifted a hand and rubbed her forehead. His attention confused her. What was his angle? He didn’t want sex. Did he think she was hiding something about Cynthia and if he spent time with her he could draw it out? “What do you want from me?”
“A picnic.”

Bio: Alicia Dean lives in Edmond, Oklahoma. She has three grown children and a huge network of supportive friends and family. She writes mostly contemporary suspense and paranormal, but has also written in other genres, including a few vintage historicals.
Other than reading and writing, her passions are Elvis Presley, MLB, NFL (she usually works in a mention of one or all three into her stories) and watching her favorite televisions shows like Vampire Diaries, Justified, Sons of Anarchy, Haven, The Mindy Project, and Dexter (even though it has sadly ended, she will forever be a fan). Some of her favorite authors are Michael Connelly, Dennis Lehane, Lee Child, Lisa Gardner, Sharon Sala, Jordan Dane, Ridley Pearson, Joseph Finder, and Jonathan Kellerman…to name a few. 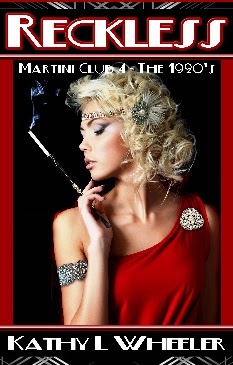 Singer Margaret (Meggie) Montley needs money…fast. Her friend is in a dire situation with nowhere to turn. While Meggie is on the brink of stardom, it’s not soon enough to save her friend.

Harry Dempsey is out to avenge the deaths of his father and brother at the hands of a ruthless gangster. But trouble spirals out of control when Meggie Montley shows up the night he meets his nemesis to settle the score. Saving the impetuous woman from a crime lord might be easier than saving her from her own reckless behavior.

Excerpt: Meggie launched herself from her hiding place and threw her arms about Harry’s neck. Locked in his muscular embrace, she rested her chin on his shoulder. His arms tightened around her. “Oh, Harry. I came as fast as I could. Just as we’d planned.” The words, she’d intended to carry, came out breathless.
“Fast, huh?” The whisper was against her ear where no one else could hear, raised goose prickles over her entire body. “Guess I’ll have to do something about that.” He lifted his head. “What are you doing with my girl, Joe?”
Joey’s hands flew into the air, indicating his surrender. “Sorry, Dempsey. Had no idea she was anyone’s quiff—”
Meggie’s cheeks burned, and she stiffened at the insult. Harry’s one arm gripped her closer. The other shot up, jerking her body like a rag doll. She couldn’t see Harry’s face with her own now buried in his neck, but she felt the corded muscles contract.


Bio: Kathy L Wheeler (also known as Kae Elle Wheeler) writes both Contemporary and Historical Romance. She was born in Presque Isle, Maine.  How she ended up in Texas, then Oklahoma is as much a mystery to her as anyone. She graduated from the University of Central Oklahoma with a BA in Management Information Systems and a minor in Vocal Music.

She is published through The Wild Rose Press. She loves to travel.  Ports of call include a three week stint in Europe covering Madrid, Barcelona, Avignon, Paris, Koln, Amsterdam and London.  Other exciting places she’s visited are Grand Cayman, Puerta Vallerta, Mexico, Vancouver, Canada, and roaming from one romance writing conference to another nationwide.  You may have met her in Seattle, Dallas, San Francisco, San Diego, New York or Atlanta.  She is a member of the Oklahoma RWA Chapter, Dara, and The Beau Monde. Kathy lives with her musically talented husband in Edmond, Oklahoma. They have one grown daughter and one bossy cat, Carly!
Amazon buy link: http://amzn.com/B00RICW0G0
Contact info: kathy@klwheeler.com
http://kathylwheeler.com
http://kathylwheeler.blogspot.com
http://facebook.com/kathylwheeler
http://twitter.com/kathylwheeler
http://pinterest.com/kathylwheeler 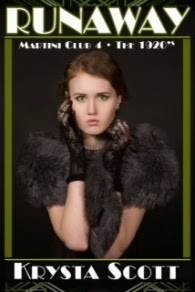 Blurb: Can she prove her innocence before more than her dreams are destroyed?

After escaping an arranged marriage, Lady Charlotte Leighton lands on a new shore, determined to realize her dream of opening her own bakery. But her plans are shattered when her former fiancé follows her to New York. Now, she finds herself in a fight for her freedom.

Haunted by a string of failures, Detective Felix Noble is determined to solve his latest case. But his efforts to find a murderer are jeopardized by a forbidden attraction to his number one suspect. While he’s certain Charlotte Leighton is keeping secrets, instinct tells him she’s not the murderess he first believed.

Excerpt: Long thin fingers curled around a glass and lifted it from the tray. Charli followed the direction of the drink. Derrick Chaunce, or as the local duffs referred to him, “Slick”, grinned, exposing yellowed teeth.
“You … You…” Her throat closed. The rest of her diatribe wouldn’t budge.
He winked. His thin hair slicked back in the latest fashion exaggerated the gaunt cheekbones and sunken eyes, tinging him with an unhealthy, dilapidated look. He gulped the whiskey. A bit of the amber liquid escaped through the gap in his teeth and down his chin. Her stomach lurched.
“Thank you, sweet cakes. Put it on my tab.” He skulked off.
Charli whirled around. How did the bounder get past Tiny? Ira fumed about customers who ran up a high tab without reconciling at the end of the night. Now she would have to explain yet another charge added to Slick’s mounting debt. She sighed and rolled her eyes to the heavens. The customer was always right. Even when they were wrong.

Bio: Krysta Scott is a family law attorney in her false life. After years of writing and winning contests, she is now taking the plunge into publishing. A fan of sci-fi and dark stories surrounding people in crisis, she also enjoys way too much TV including Vampire Diaries, Breaking Bad, and Sherlock. Runaway is her breakout story.