The love of America.

Because I love my country, have visited and enjoyed many others, I still feel blessed to live in the United States of America.
We, as citizens, have unlimited freedoms and choices.  Many other countries have liberties, but my experience tells me that the US has more.
Here’s where it gets a little sticky.  As I know, you have experienced the longest and most controversial presidential campaign probably in your lifetime.  I had to use my ability to make a statement.  We’re allowed to do that in the US. 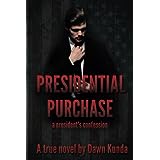 I’ve wanted to write this novel for several years.  I’ve always wondered why authors say that instead of just writing it.  My reason is I needed to educate myself, I needed to experience more, I needed to grow in my thinking.  As I have a BS in Political Science and have attended law school, my mind is buzzing with all the governmental action, which it may be a curse that I found the campaigning of all involved so fascinating.
My freedom to write such a story has focused on the questionable tactics to get to Washington.
I found this my most difficult book to write.  I thought my fingers wouldn’t be able to keep up with my thoughts because there was so much fodder to work with.  The hard part was focusing on a main topic versus covering everything.
Once I focused, it came!
Here’s a short description:

What will it cost?


A novice journalist learns the scathing details of the former President of the United States’ deadly campaign for office.


Dale Sorenson got the surprise call of his life. Former President Robert Manfield insists on detailing his path to the presidency with the caveat that it’s revealed to the citizens of the United States of America.  The corruption and deadly consequences of becoming president of the greatest democracy on earth will astound the country, if they live to tell the story.

I hope you find it thrilling, I hope it creates suspense, and I hope it gives you a little something to think about.
It’s available at amazon.com/presidential-purchase-a-president’s-confession/dawn-kunda
Leave me a question and you’ll be in the running for a free ebook of Presidential Purchase- A President’s Confession!
Your opinion matters,
Dawn