The Pain Season by Libby Doyle 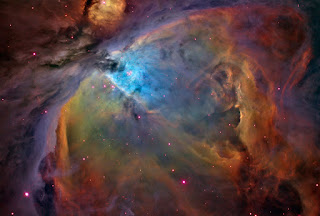 Extravagant Yarns and Fantastic Worlds
By Libby Doyle, author of the Covalent Series

Readers often ask me how I come up with my ideas. I tell them it is a mysterious alchemy. The way the light bounces off a skyscraper when I’m on my way to work in the morning makes me think how the sight would emotionally affect my characters. The sight of an impossibly beautiful couple makes me imagine their love story, or perhaps its tragic end.

Literary-minded friends often ask why I write urban fantasy. I think they’d rather I applied my talents to writing about something weighty and high-minded. I scowl at them half-seriously and say, “Don’t you like to be entertained?”

I love escapism. I want my books to entertain. Life is hard and often boring, so I’ve written a few ripsnorters. I want to take people for a ride, light up their imaginations. In the Covalent Series, I’ve created a race of ancient beings who use their great power to keep the elemental forces of Creation and Destruction in Balance. In my fictional world, were it not for these aliens, the elemental forces would expand and transform into each other in an endless cycle. Everything would be destroyed. The Covalent bring stability to the cosmos. They sit at the still center of everything that exists.

So, imagine an immortal Covalent warrior, exiled to Earth because of the sins of his father, Lucifer, who rebelled against the rulers of their realm. Now, imagine this warrior meets an extraordinary human, an FBI agent, strong, smart and fearless, and falls madly in love with her. Not a real life situation, to put it mildly, but their passion teases out interactions that are all too human. Can love succeed when the lovers are not only from different cultures, but different dimensions? Does Barakiel, my heroic warrior, have the right to place the woman he loves in danger, which he does simply by loving her? He has enemies, you see. 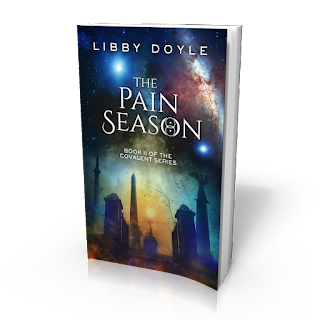 The science fiction/fantasy aspect of my stories is meant to be cool and fun. I have no pretense beyond that. But within that framework, my stories do what stories have always done. They draw you into the minds and emotions of characters and communicate something real by virtue of it.

This puts me in mind of one of my favorite short stories, The Keys to December by Roger Zelazny. The story opens like this:

BORN  OF  MAN  and woman, in accordance with Catform Y7 requirements, Coldworld Class (modified per Alyonal), 3.2-E, G.M.I. option, Jarry Dark was not suited for existence anywhere in the universe which had guaranteed him a niche. This was either a blessing or a curse, depending on how you looked at it.

This is a tale about the Catforms, humans genetically modified to suit an icy planet whose sun went supernova, leaving them without a home. They pooled their money to buy another planet. They covered it with giant machines to tailor the environment to their needs.

The Catforms spent centuries in suspended animation while the machines did their work. Teams of Catforms would wake to maintain the equipment. This included Jarry and Sanza, the love of his life.

During one maintenance period, Jarry and Sanza noticed the little bipeds who inhabited the planet. These creatures were primitive at first, but Jarry and Sanza saw they were evolving, increased their tool use to cope with their changing environment, helping each other. Jarry and Sanza also learned that these little bipeds created images of the Catforms and left offerings to them. Sanza asked if they would survive the changes to the planet. Jarry said he didn’t think so, that the change was happening too quickly.

SPOILER ALERT. During one period of wakefulness, a mammoth predator attacked Jarry and Sanza. The little bipeds fought furiously to help them. Many were killed, but they didn’t succeed. Sanza died, and Jarry was left desolate. He found some comfort in the little bipeds, who treated him as a god. He didn’t want the transformation of the environment to render them extinct. He argued to the other Catforms that they had a responsibility to the bipeds. The other Catforms said, it’s a shame, but the real responsibility they had was to each other. They would not slow down the transformation of the planet.

Jarry went rogue and tried to destroy some of the machines. The Catforms took away his privileges and told him to go back to sleep, but he chose not to sleep. He chose to live out the rest of his days with the little bipeds, still mourning for his lost Sanza.

A melancholy story. I get emotional thinking about it. Zelazny is a master, and in this story he did something to which I aspire. Using an otherworldy framework, he told a real story about grief, ethics and bravery so wonderful that it still grips my heart more than 30 years after I first read it.

The Pain Season is available now at Amazon: goo.gl/O3MEfT, iBooks: goo.gl/JQIOHL, Barnes & Noble: goo.gl/sSNpSb, & Kobo: goo.gl/AHm51x. Although not a cliffhanger, The Pain Season is not a stand-alone novel. The story begins in The Passion Season and will continue in The Vengeance Season coming in 2017.

Set up: Barakiel, a superhuman warrior from another dimension, has just killed a gang of demons who attacked Zan O’Gara, the woman he loves. This shocking introduction to his true identity made Zan run away, but not before she called 911 and made a stand against the demons. Being an FBI agent, she was armed. She killed two of the beasts, but the gunfire resulted in another 911 call. Barakiel became catatonic in the wake of an emotional scene with Zan. The police arrived, and were handled by Pellus, Barakiel’s trusted friend. Pellus is a traveler adept, a type of Covalent who can manipulate the properties of matter and energy.

In a few minutes, Pellus heard the crunch of gravel in the driveway. He looked through the peephole as two police officers emerged from their vehicles, one tall and fat, the other short and muscular. They looked around suspiciously. Pellus thought it best to play a frightened senior citizen, so he adopted the dry, gray hair and shriveled skin of an old human. He opened the side door.
“Officers. I am so glad you are here! I thought I heard gunfire.”
“Yes, sir,” the short one said, as the other headed to the main building and peered in the window. “We received a couple of emergency calls. A woman said she was being attacked at this address, then a few minutes later someone reported shots fired.”
“No woman lives here officers. Maybe she is somewhere nearby.”
“Did you see anyone in your yard?”
“No, but I was afraid to look out.”
“Could you tell where the shots were coming from?” the officer asked, as his tall colleague rejoined them.
“No, I am sorry. It was confusing. They seemed like they were coming from everywhere.”
The two of them stepped away to confer. They obviously didn’t think Pellus could hear them. The tall one told the short one that he couldn’t see anyone in the house. He said the owner was obviously rich, and that the place would appeal to a burglar or a home invader. They stepped back to Pellus.
“Are you sure you didn’t see anyone?”
“Yes, I am sure.”
“Is this your place?”
“No. My nephew’s. I am watching it for him while he is away on a business trip.”
“Your nephew,” said the short one. He poked at a handheld device for a minute or two. “Uh, records show this place is owned by B&P Bridesburg, Ltd. What’s that?”
“My nephew’s company. His name is Rainer Barakiel.”
“Does he own a gun?”
“Not that I know of.”
“What’s with the get up?” asked the tall officer, pointing at Pellus’ brown robes.
“I am from Kyrgyzstan. This is how we dress at home.”
The officer frowned. “Mind if we look around?” he asked.
“Please do.” They headed toward the back of the main building, where the yard was sunk in darkness. Pellus followed. As they neared the edge of the building, the adept noticed goldish glints of color in the grass. For a moment, he was confused. Then he realized.
Shell casings from the gunfire!
He began to cough violently and stumble. The officers stopped walking. The short one grabbed Pellus’ arm.
“Are you all right, sir?”
Pellus waved him off and faced the back of the yard, his hand to his chest. He continued to cough and tremble. It gave him the chance to adjust his vision so he could see molecular structure of the cursed bits of metal against the structure of the grass and soil. He bent forward, pretending to catch his breath as he broke the bonds that held the metal in the form of shell casings. Tiny shards of metal remained in the grass.
I can only hope they do not notice. I have no time for anything else.
“Are you sure you’re all right, sir?” the short officer asked.
“Yes, please. Just give me a moment.”
Although it took much longer than Pellus would have liked, the short officer waited next to him, perhaps afraid he would keel over. The tall one walked over to the hedges that grew next to the compound wall and peered up at the elevated pipeline that ran along the south side of the property, a remnant of the chemical plant that had once operated there.
“I am sorry,” Pellus said when he had finished. “I will be fine. Do what you need to do.”

Libby Doyle is an attorney and former journalist who took a walk around the corporate world and didn’t like it. She escapes the mundane by writing extravagant yarns, filled with sex and violence. She loves absurd humor, travel, punk rock, and her husband. You can discover more about Libby’s world at http://www.libbydoyle.com