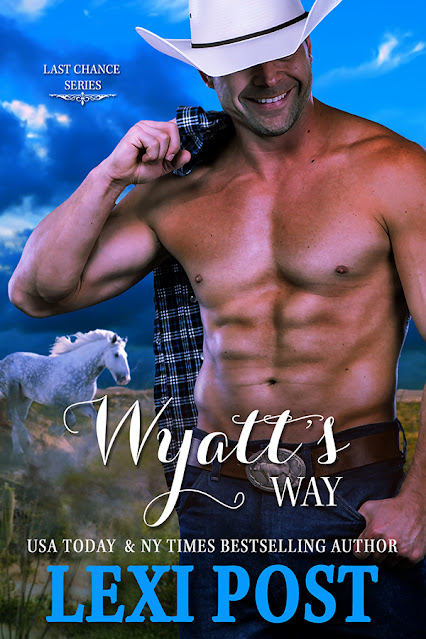 Here is the cover reveal for Wyatt's Way. Notice the beautiful Percheron Cross horse. You did notice the horse, right?

The one person Wyatt Ford could depend on has passed away. Unfortunately, while he hurts on the inside, his behavior on the outside leaves a lot to be desired. So when he inadvertently hurts the sweetest woman in town, he’s called out on it. Not happy with himself, he quickly tries to make amends, but the sweetest woman in town has a backbone, and it’s going to take more than an apology to set things right.

Alyssa Parker, or Ms. Parker to her students, is not impressed with words. Actions are what show a person’s true character as she has taught her students. So when Wyatt makes amends and comes to her aid, she has to adjust her perceptions. Yet as she learns more about the handsome charmer, she discovers his smile hides a fear he’s barely keeping at bay. One only he can can overcome.