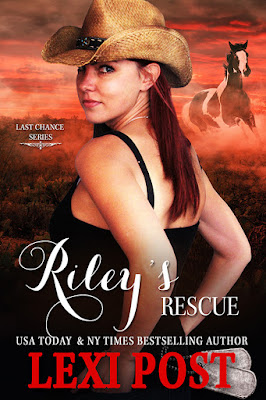 Army veteran, Riley O’Hare, is a loner for a reason—it’s safe, and it keeps her sane. After calling animal welfare on her last boss, she accepted the position of a ranch hand for the Last Chance Ranch. But things have become almost too comfortable. The only reason she’s stayed so long is she works alone…a lot.

Garrett Walker is a former Hot Shot, part of a special breed of firefighters who battle wildfires. At loose ends, he becomes the rescue horse hauler for Last Chance Ranch. When he meets the tough, distant Riley, he finds his usual aptitude for sizing up a person is completely useless. Either she’s as odd as she appears or her layers run deep.

It’s only after a freak accident throws them into close proximity that he uncovers more about her, inadvertently revealing his own weakness. A need to keep her in his life grows too strong to ignore. Their occupational scars may be impossible to overcome, but he was a Hot Shot for a reason. Jumping into fires has been his specialty…and his downfall.

Excerpt:
A smile threatened. The man had no clue that she was the last person he wanted to be stuck in a cave with. Mine! She was in a mine. An old copper mine. Fucking-A, Riley get your shit together. This is not a cave. The ceilings are too low, there are rails on the ground, and there’s only two tunnels.
Right. She knew that. The cave outside Chora, which had at first been an escape, had become her tomb when the bastards had blown the entrance to bury her inside. The destruction at the wide opening had been complete, the debris yards deep. This was a simple cave-in.
But it was the same. She was buried alive, again. The calm she’d recognized only minutes earlier evaporated as her gaze swept the sidewalls, instinctually searching for the small hole she’d squeezed through as the Taliban scoured the cave. It had to be here. She must be close. She’d only run for a hundred yards or so. Or did it just feel like that? She listened for sounds of pursuit, but the only sound was her own footsteps and those in front of her. 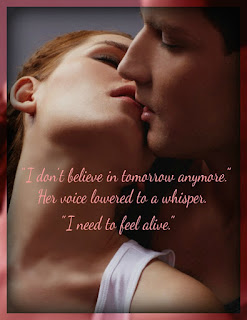 She halted, but the footsteps continued, taking her light with them. Quickly, she ran forward again, desperate to find the hole. Excited arguing sounded in her ears, back toward the entrance. Maybe they would shoot each other. It had happened before.
Suddenly, a flash of light reflected off the cave walls, and she dove to the ground, covering her dog, protecting it.
Dog? She blinked as the animal licked at her face.
“Are you okay?”
The male voice above her sounded concerned. That wasn’t the voice she’d heard behind her. Releasing the dog, she rolled over to get her face out of the dirt. Quickly, she shaded her eyes from the bright light. “Who?”
A man crouched down next to her. “It’s me, Garrett. Are you hurt? Did you trip?”
Garrett.
Arizona.
Mine.
Shit. 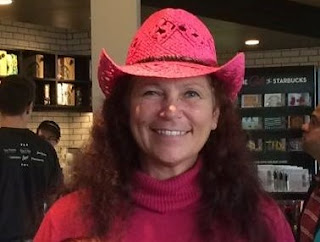